Montezuma’s Castle and Montezuma Well, in the northeast corner of Verde Valley, were named so because one of the white settlers was convinced that the cliff dwellings and agricultural features on the area were the work of Aztec colonists.  In fact, the Native peoples of Mexico did trade with the inhabitants of this area, as did the Native peoples of the California coast, the Rocky Mountains and the Great Plains.

The Hohokam (Huhugam) of the Sonoran Desert began  agricultural settlements here in the Twelfth Century, having moved northward along the Verde River, from what is now Scottsdale.  They were joined here, around 1400, by the Sinagua, who came from the Colorado Plateau, to the north and northeast.  The two groups intermarried and got along well for about 200 years.  They eventually left the area around 1600, with some going northeast, to what are now the Hopi mesas and others going south to the Salt and Gila River Valleys, with their modern descendants becoming the Pima and Maricopa nations.  It’s not known what led to the earlier or later migrations.  The area wasn’t settled by European-Americans until the 1860’s.

Here are some views of Montezuma’s Castle National Monument.  The body of water here is Beaver Creek, a tributary of the Verde. 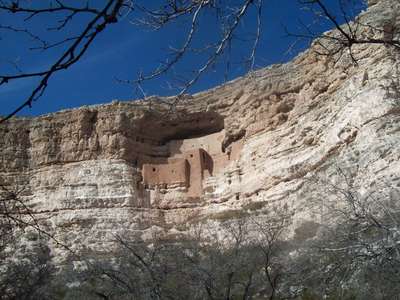 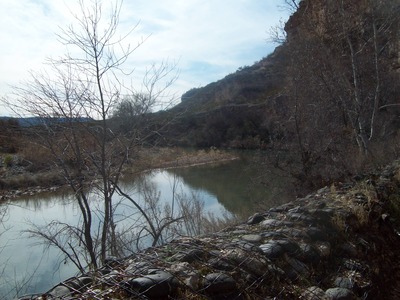 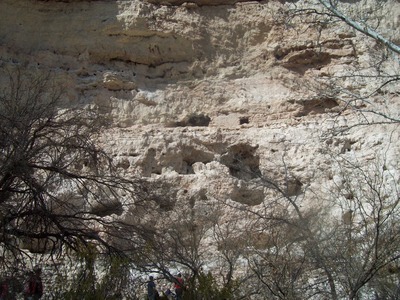 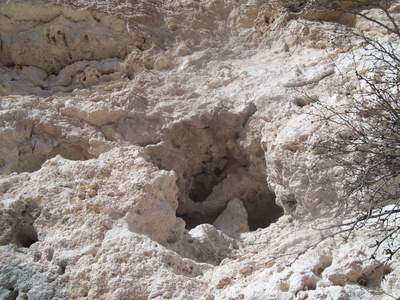 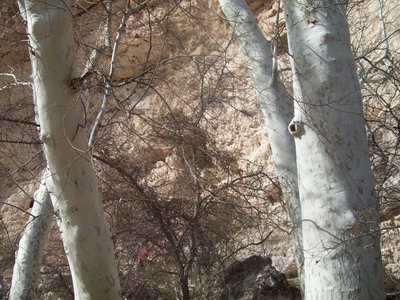 These are Arizona Sycamores, which grow in temperate riparian areas of the  desert Southwest.

Now, here are some views of Montezuma Well: 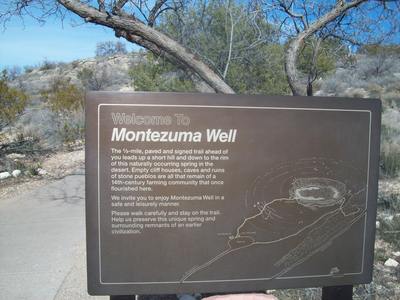 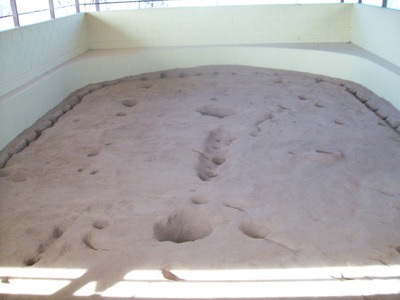 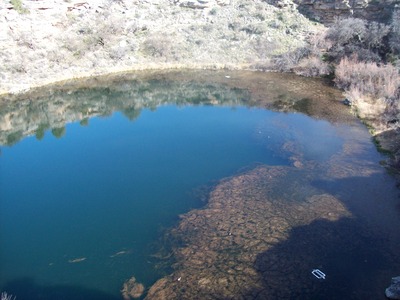 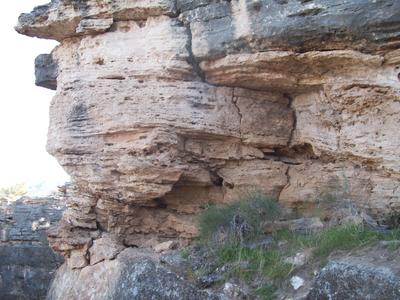 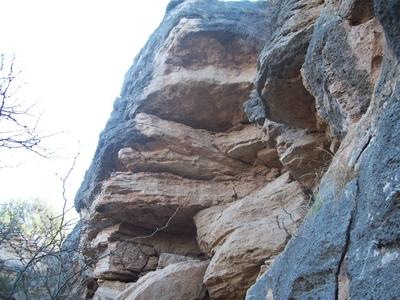 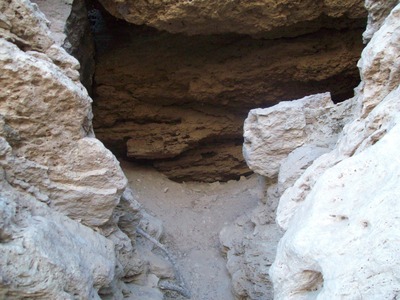 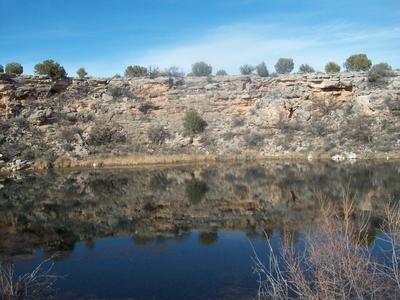 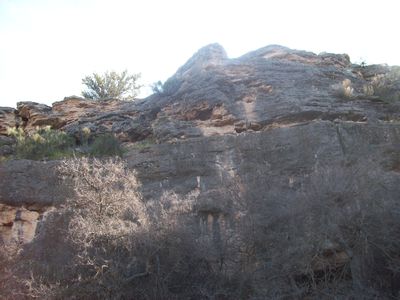 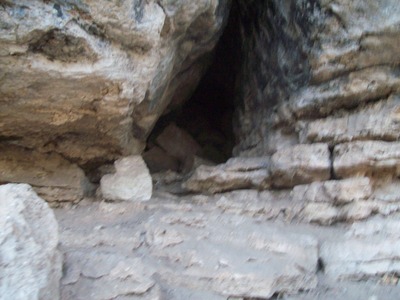 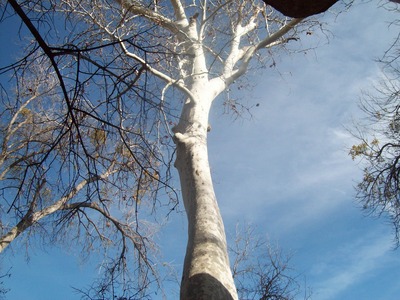 I briefly stopped at Lake Montezuma , a more contemporary diversion of water from the Verde River. 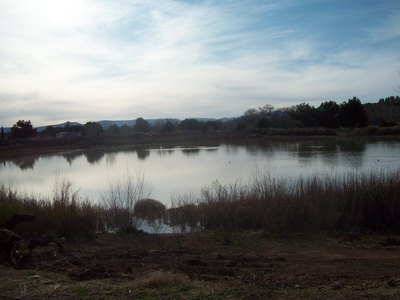 All good days end with a fine meal.  So it was with Presidents’ Day, 2012.  I went to the small town of Cornville, about thirteen miles east of Montezuma Well.  Here lies Grasshopper Grill.  Stop by sometime and see Chad and Sara.  You’ll be well treated and well fed. 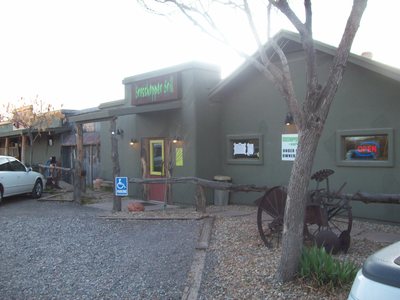