Now that Google Chrome, and Java 6, have me past glitchville on these posts, some further ancient history is in order.

The morning of February 27 dawned cool and drizzly in San Diego.  A nice hot spinach fritatta and coffee, with a blueberry muffin, at Perry’s set me right to face the day, though. I passed through security at Naval Base San Diego and got to Pier 10 in plenty of time to join the crowd waiting to greet our sailors, on their return from the cross-Pacific journey. More hot coffee, and a rare indulgence in a donut, helped the occasion along.

The ship came, about twenty minutes past the stated time, but no matter.  The nervous young wife, three proud Mexican grandmothers and various sailors returning from leave early to greet their shipmates, all breathed sighs of relief. 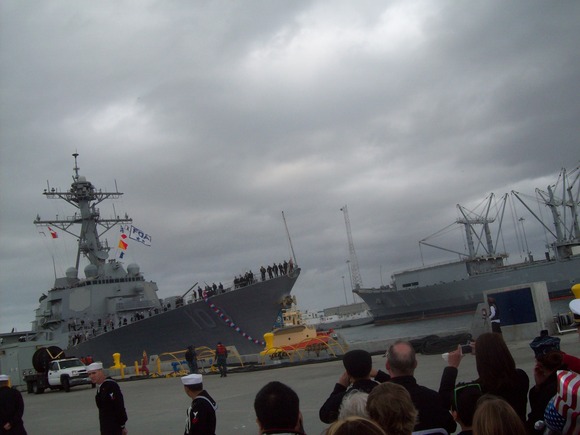 Aram came off the ship about 11 AM, we went for lunch, through the rain, then went over to Navy Exchange, gassed up again, and purchased my new camera.  The one that has faithfully served me, up to now, is my wife’s pink Kodak.  I have a solemn vow to get it to a 7-year old girl in Phoenix, so my replacement is a Samsung PL 120.

Aram took me on a tour after our NEX visit.  He is one of the navigators, so  he was somewhat responsible for getting the ship and crew from Dubai to San Diego. 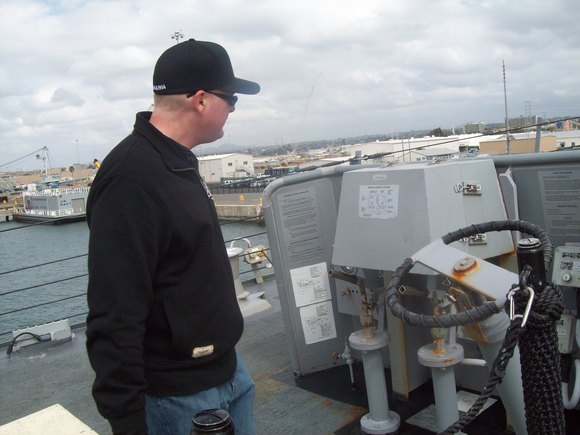 The destroyer USS Wayne E.Meyer is no small vessel.  I would be seeing many ships and boats this trip.  The Meyer is one of the newer ones.

Our day, after the ship tour, was filled with dinner at California Fresh, followed by the film “Safe House”, at Horton Plaza, in the Gas Lamp District.

Home is where our story begins.

Naturally Beautiful Skin ... At Any Age!

Into the Light Adventures

Thoughts on my life... by Donald B. Wilson

Reflection of My Journey

The chaotic life of a working Mom. Finding Peace and Stillness.

Live life in a livable environment.