Yesterday, October 3 brought me along one of southwest Colorado’s most magnificent sights:  Wolf Creek Pass, with its spectacular blends of foliage and rock. 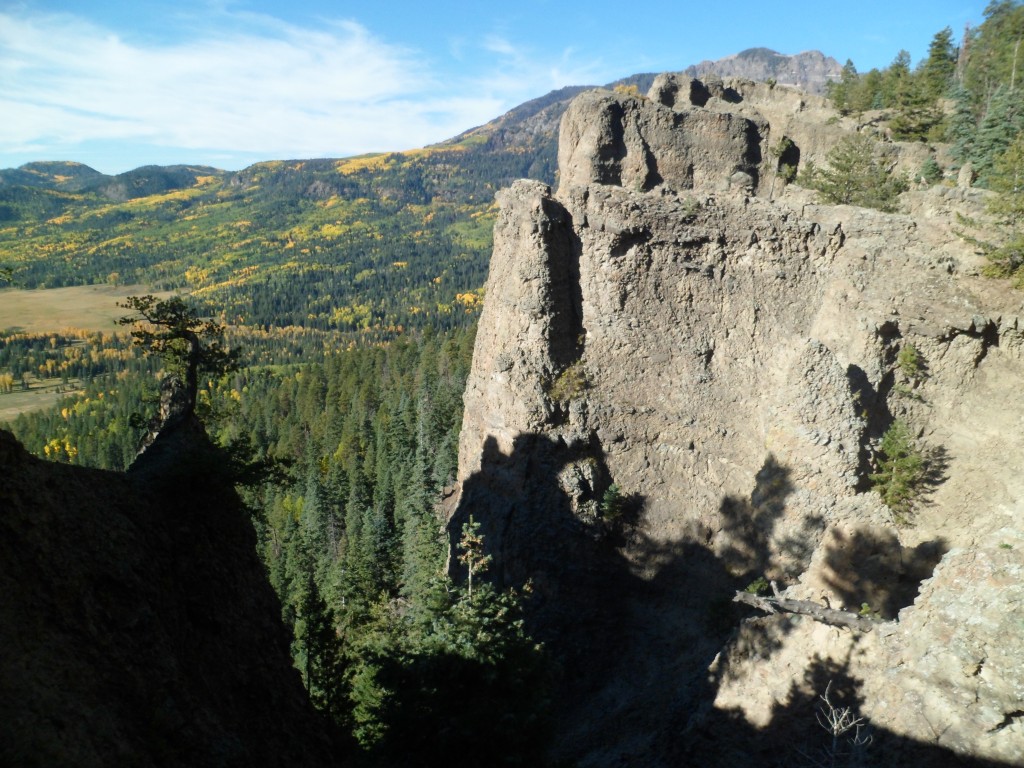 This Castle Rock is at Wolf Creek Pass’s east summit. 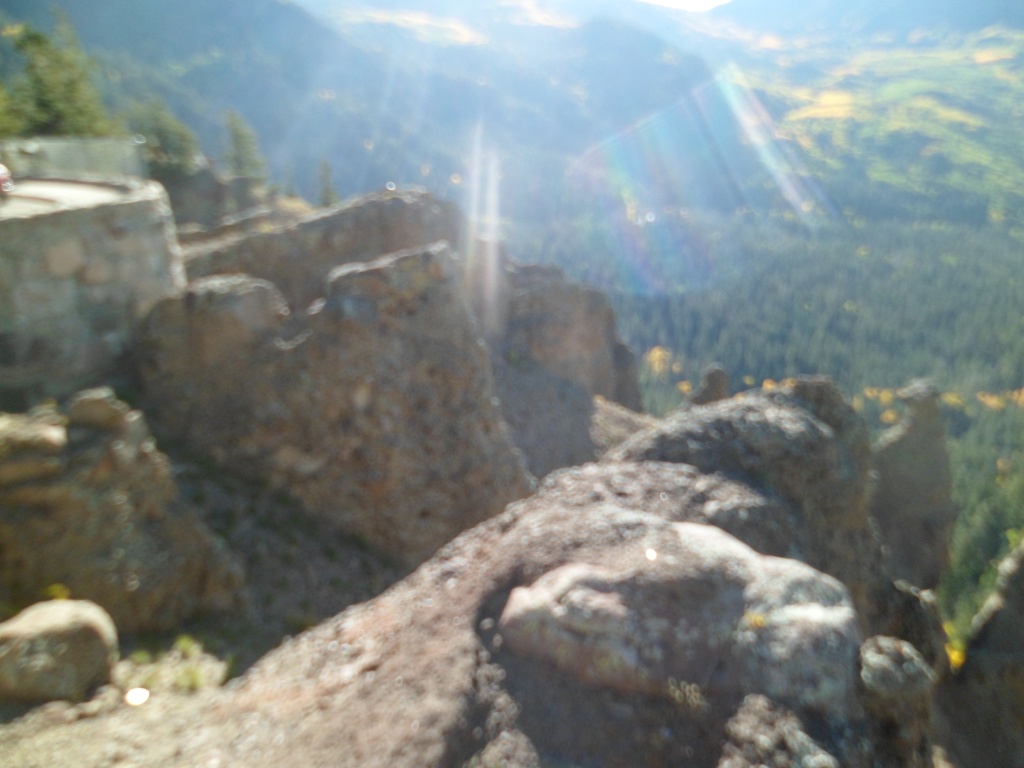 East meets south, at this face of WCP.  Below, one can catch a glimpse of Treasure Falls, southwest of Wolf Creek Pass. 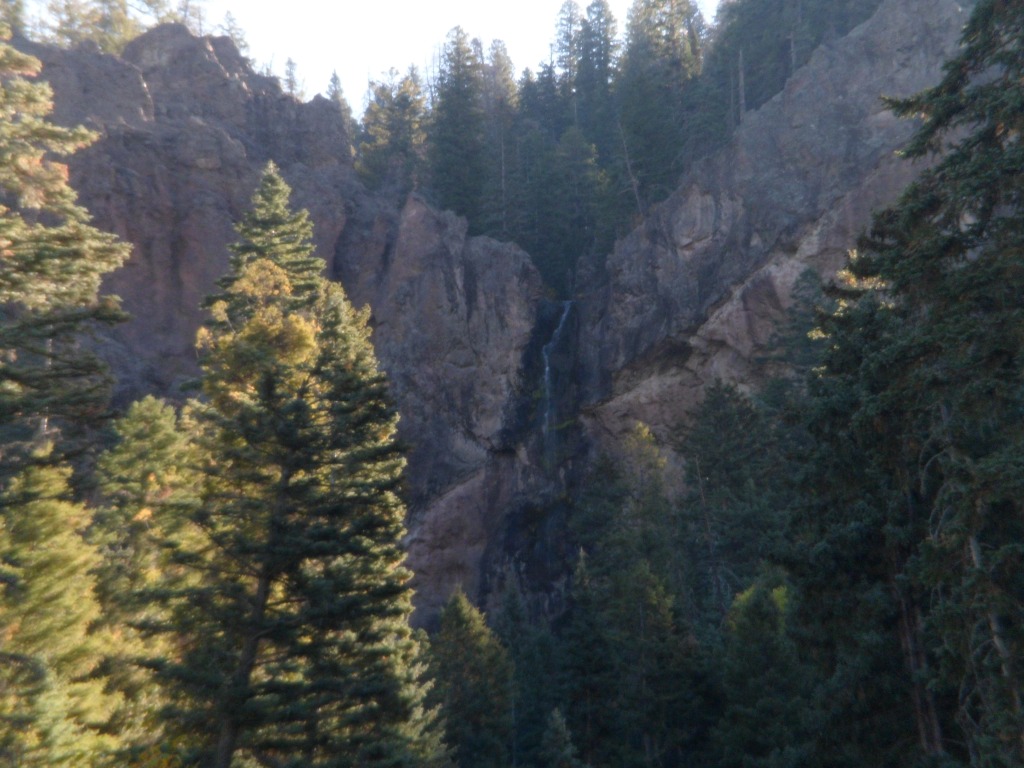 I finally found a breakfast spot, at 9:50.  Junction Restaurant has tasty breakfast skillets, and Jackie will discuss anything from styles of eggs to the sorry state of the Everglades, in her native South Florida.  Junction is on the east end of Pagosa Springs.

I had hoped to catch some views of Wetherill Mesa,at Mesa Verde National Park, but the gate attendant said Wetherill was closed on August 31.  I did catch this view of fading foliage, near Mesa Verde’s entrance, before heading on to the Four Corners.

One of the truly special things about some of the southwest’s natural features is the way they seem to  line up.   There are two Chimney Rocks in Colorado.  The one near Ignacio and Bayfield, east of Durango, is a newly-minted National Monument.  The one south of Towaoc lines up almost perfectly north of Ship Rock, New Mexico and south of Sleeping Ute Mountain.  I stopped for several minutes at the Ute Mountain Chimney Rock, approaching it with reverence and contemplating its seeming relationships with Ship Rock and Sleeping Ute Mountain. 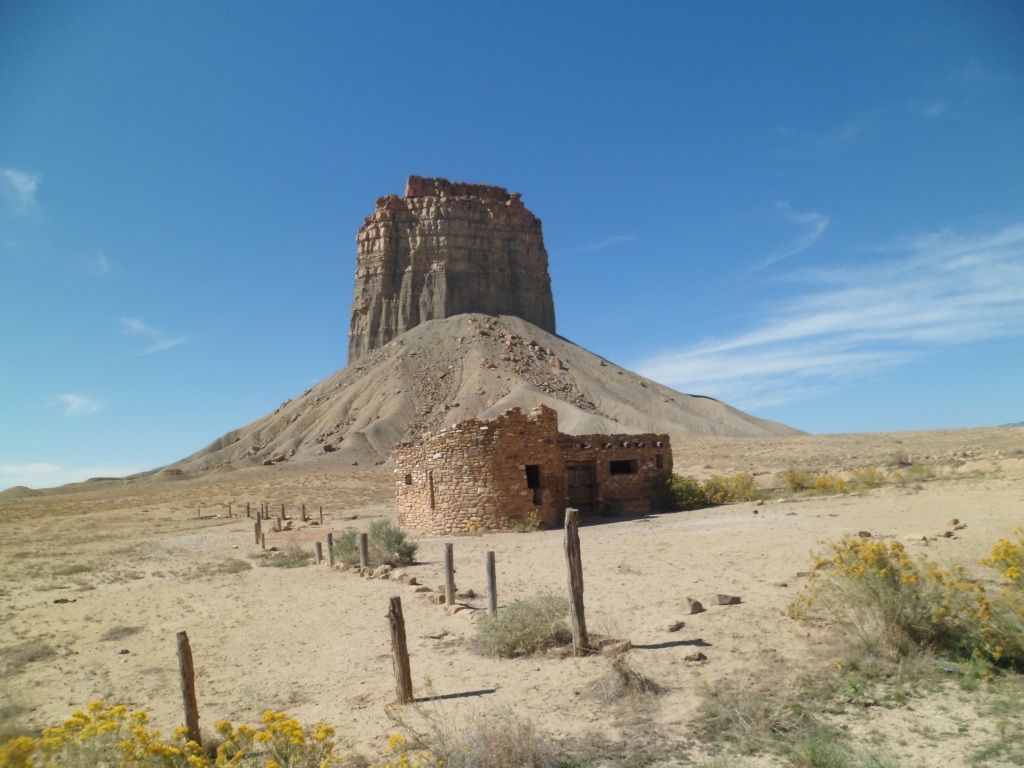 The Four Corners has a raised platform, where one may simultaneously put a hand or foot on each of the four adjoining states:  Arizona, Colorado, New Mexico and Utah.  To me, Mother Earth has her own monument to this accident of politics:  It’s the small rock formation, which is just at the northwest tip of New Mexico, seen below.

Just north of Flagstaff, the San Francisco Peaks, sacred to several indigenous nations, rise up and offer seasonal foliage of their own. 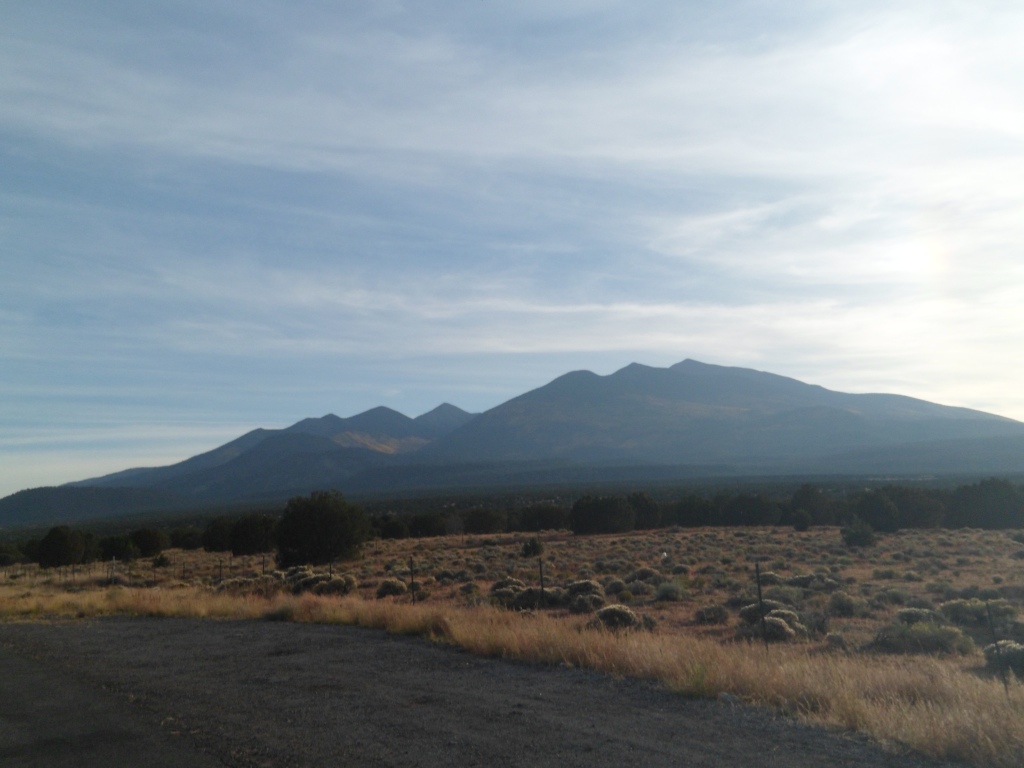 The peaks told me I was close to the end of my journey, and after a satisfying supper at Macy’s European Coffee House, I was a short hour and twenty minutes away.  Now, I have five weeks of being in one place.

181 thoughts on “The Flip-Flop, Day 14: The Four Corners and Back to Prescott”