Way back on May 4, when the temperature was 82 in Tucson, I spent some time inside the Franciscan mission of San Cayetano de Tumacacori, some 48 miles south of the city.  In the previous post, the exterior of the mission and its splendid surroundings were highlighted.

Here are some views of what lies inside.  First are the door to the foyer and the anteroom’s ceiling. 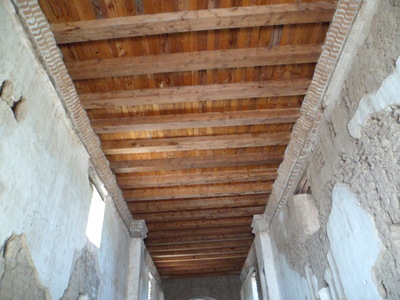 This brick seat was found in the baptistery, just to the front and left of the nave. 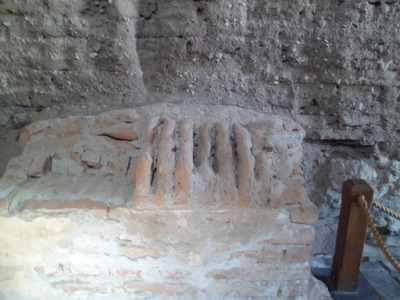 The nave itself served as a seating area for the congregants and ushers. 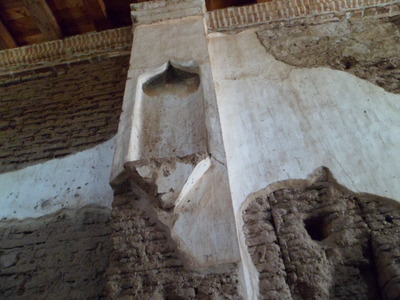 The sanctuary is still kept somewhat colourful, although it is being slowly restored. 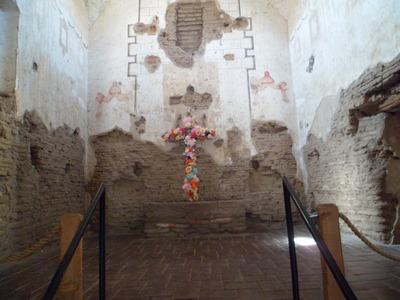 Like many other missions and cathedrals, San Cayetano featured a high, domed ceiling. 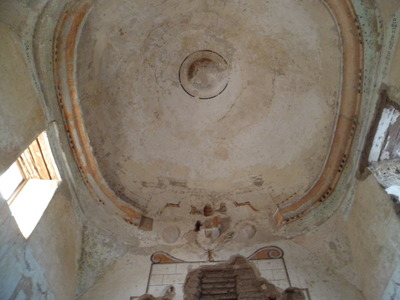 The walls had three layers of brick. 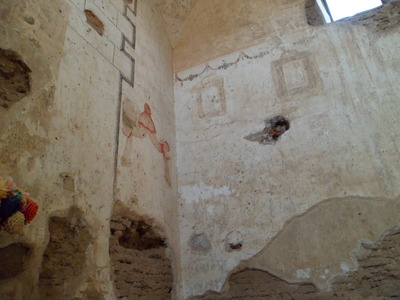 Here are what’s left of the steps to the choir loft. 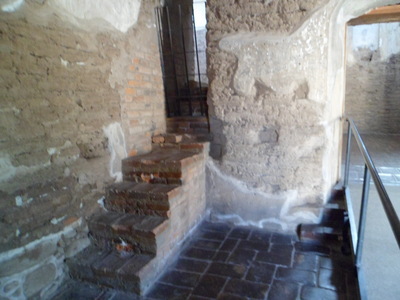 The grandeur, while faded in our time, nevertheless has kept the interest of those who look to our heritage for a sense of how to discern what works from what needs to be cast aside.

In the next two posts, I will focus on the third great piece of Spanish legacy, south of Tucson:  The still active parish of San Xavier del Wa:k (pronounced “bvak”).