This past weekend began a three-weekends-in-a-row series of downtown festivals in our fair city.  The emphasis on June 1-2 was on Folk Arts of the Mountain Southwest, with various scenes like these at Sharlot Hall Historical Museum.  A few thousand visitors came for chance to learn crafts from the 19th Century, like shearing, quiltmaking and woodcarving. 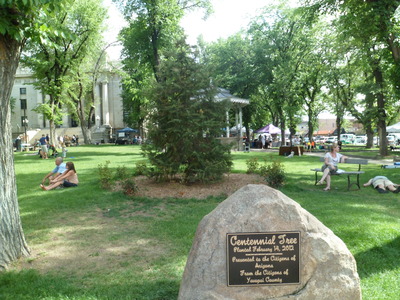 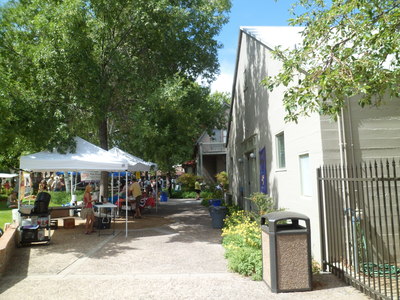 A goat is being shorn,and not altogether willingly. 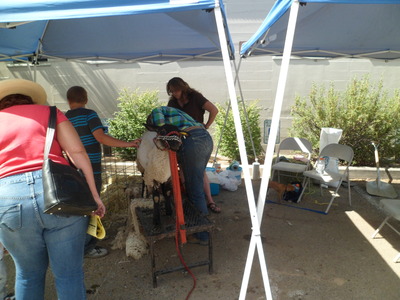 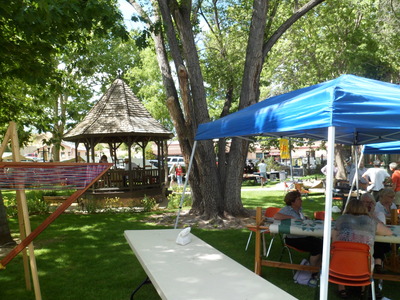 A few blocks east, in Courthouse Square, a Block Party music fest was taking place.  The Centennial Tree, planted on February 14, 2012, is tall enough to co-host the festivities.

When I was there, the Pistoleros were doing some 80’s hits.

They were followed by Zero Zero, serving up tunes of the ’90’s. 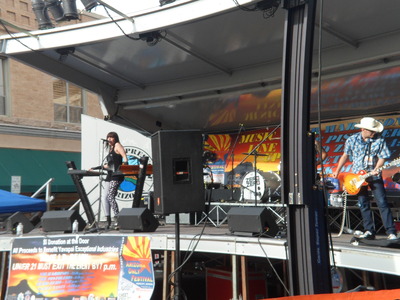 Events like these get me out of my shell, during a rare time of emotional stress, and are prime examples of what makes Prescott a special place in which to live.