Several of you found Winniwissa Falls to be a delight, in your responses to my first post.  I did, as well, and in following the trail to the true treasure of Pipestone National Monument, learned of the value of this water, in softening the stone, so that it could be used for the ceremonial pipes that are so valued by Native Americans.

Here are scenes leading to the quarries, and the rock supplies themselves. Let’s start with the rim of Pipestone Canyon.

Atop the rim, lies The Oracle.  Do not ask what it foretold!! 🙂 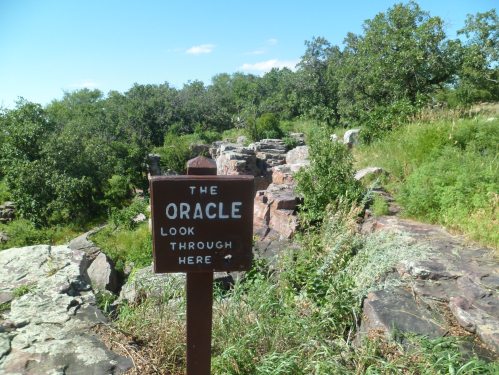 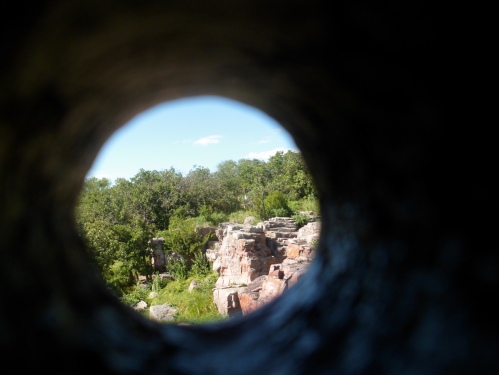 We proceed from The Oracle to the quarries, some of which had catlinite. 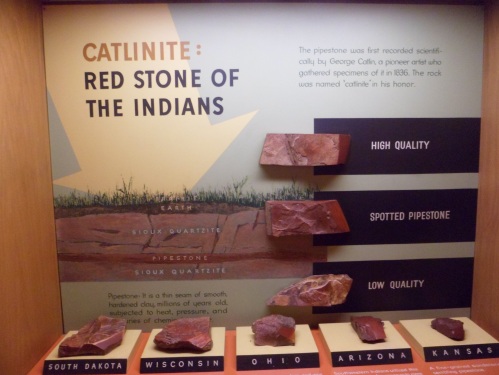 There are four main quarries at Pipestone, each serving a different grouping of tribes. 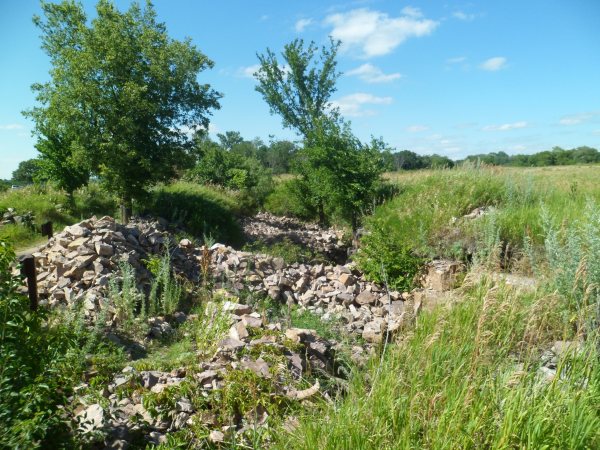 Quartzite fixed quarry, the northernmost of the four quarries. 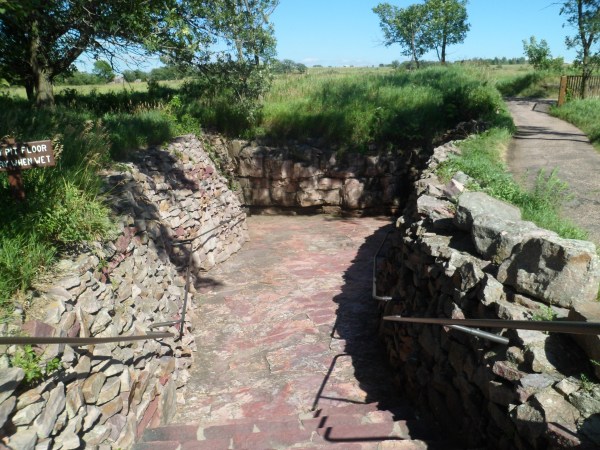 Here is a view of the tallgrass prairie, which once covered most of the upper Midwest.

Once one says farewell to Pipestone’s main section,

it’s worthwhile to stop at Three Maidens, also a site sacred to the Sioux and other nations.

This was also a point on the North American Spiritual Arc, as I have styled the points along my journey of late July.

Next: I ended July 22 with an hour or so in the town of Pipestone, a delight in itself.

4 thoughts on “Supplying the Spirit Quest, Part II: Pipestone, from Winniwissa Falls to the Quarries”