To so many, Maine means rocky shorelines, fronted by accessible beaches.  York County, the southernmost part of the state, has ample amounts of both, and is-along with Boothbay Harbor and Mount Desert Island, the most familiar area of Maine, when it comes to beach vacations.

York Harbor is upscale, in terms of accommodations, yet on this Sunday afternoon, plenty of people who one would not readily recognize as well-to-do were enjoying the nooks and crannies, between the  Agamenticus Yacht Club and York Harbor Inn. One of them was yours truly.

I was very much enchanted with Hartley Mason Reserve, and so present you with scenes from the north side of York’s stunning harbour.

First, here is a view from York Harbor Inn, looking towards Cape Neddick. 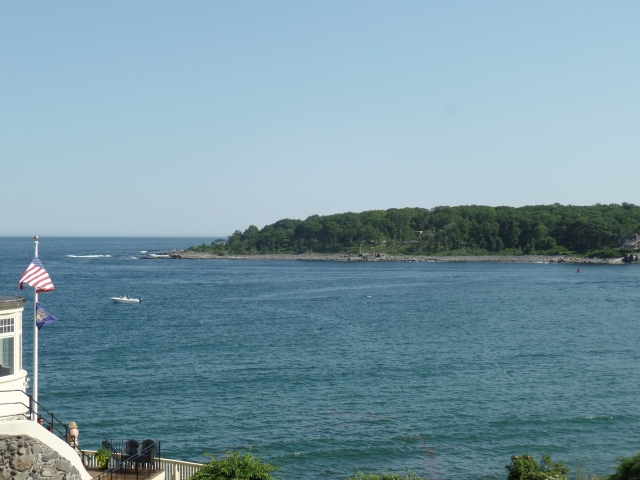 Thanks to zoom technology, here is a close-up of the promontory which hosts Cape Neddick Inn. One upscale resort can keep a clear eye on another! 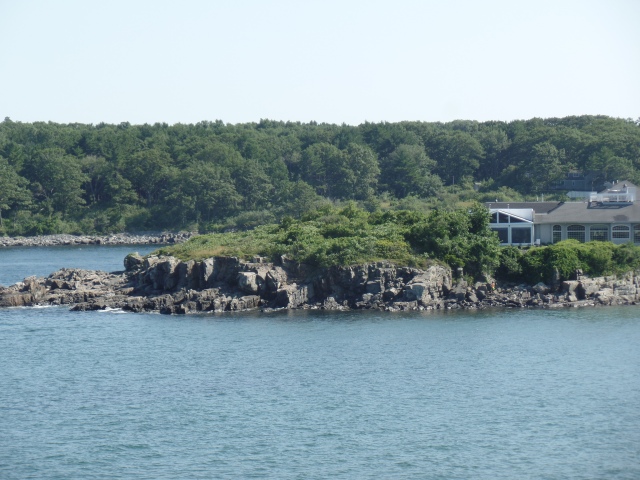 Both York Harbor Inn and Hartley Mason Reserve have done a fine job of keeping the area rich in colour and in fragrance. 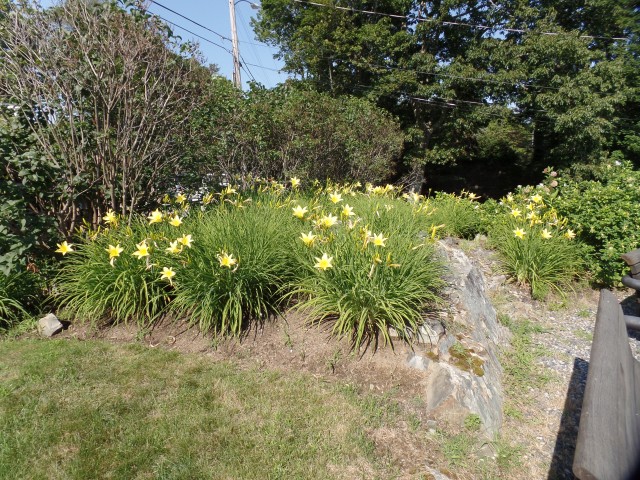 As the gardens at York Harbor Inn are intended for that facility’s guests, I devoted the rest of my harbour time to the Reserve.  There was little information about Hartley W. Mason, other than that he was a wealthy York landowner, in the late nineteenth and early twentieth centuries.  When he died, in 1925, he left this land, south of York Harbor Inn, to the Town of York.  It became a public park, in 1993. 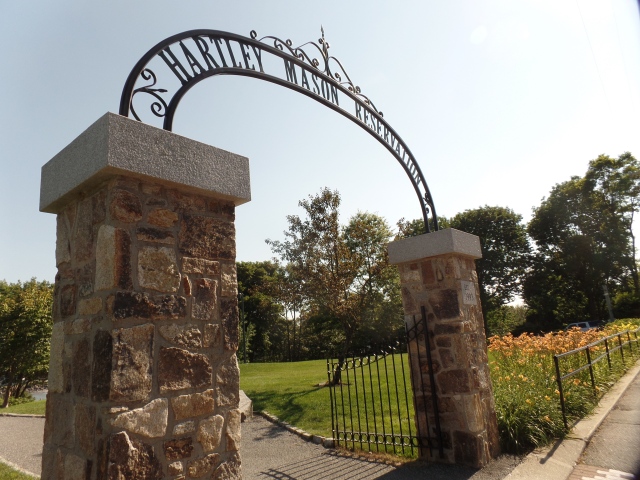 Many weddings take place here.  That comes as no surprise. 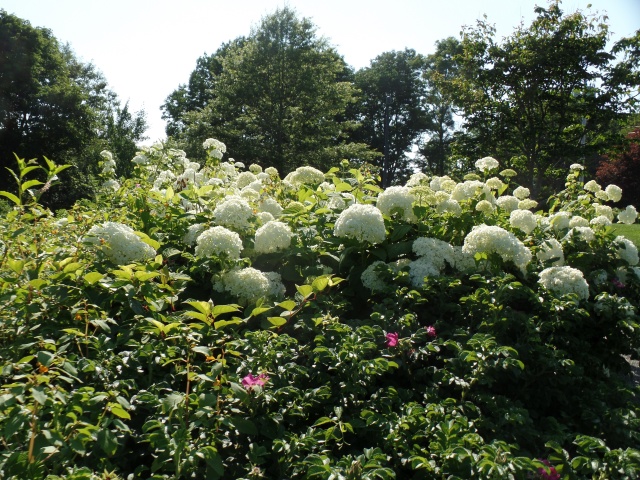 As I was enjoying these tickseed sunflowers, and preparing to take their photo, a little girl wandered into view.  She asked to not be kept in the shot, and I cropped this photo, accordingly. 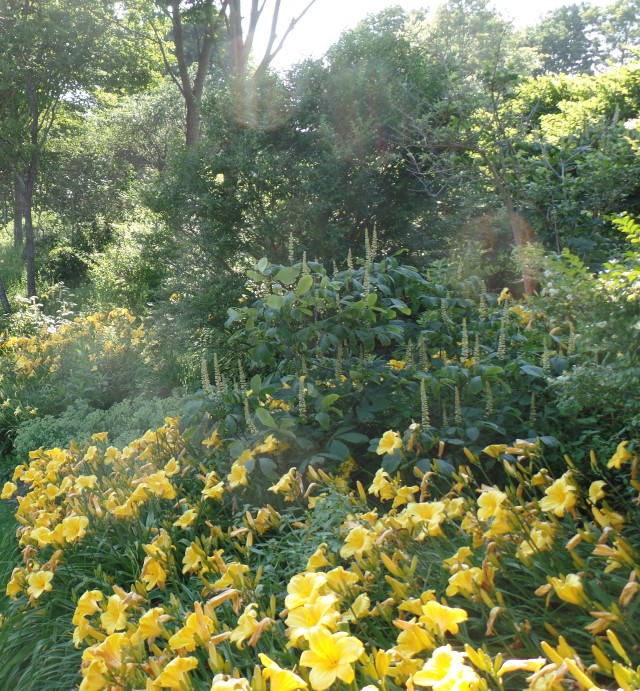 Here is the York Fishermen’s Memorial, dedicated to the memory of Captain Daniel Donnell, who perished while on the job at sea, at the age of 78.  That’s how Mainers are. 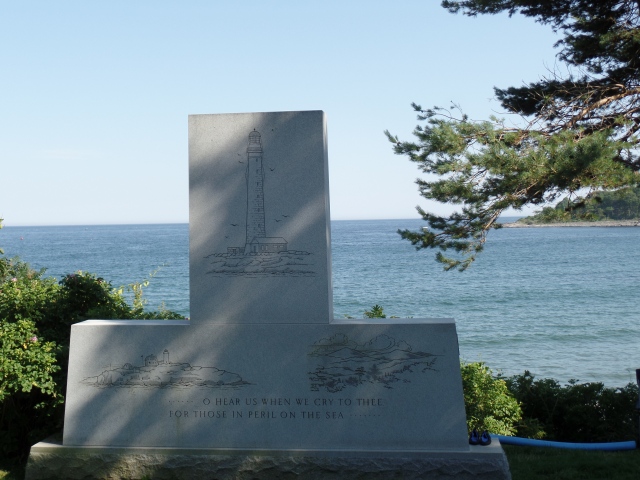 I walked down the well-trod York Cliffs Path, to enjoy the salt air and navigate the slippery rocks. 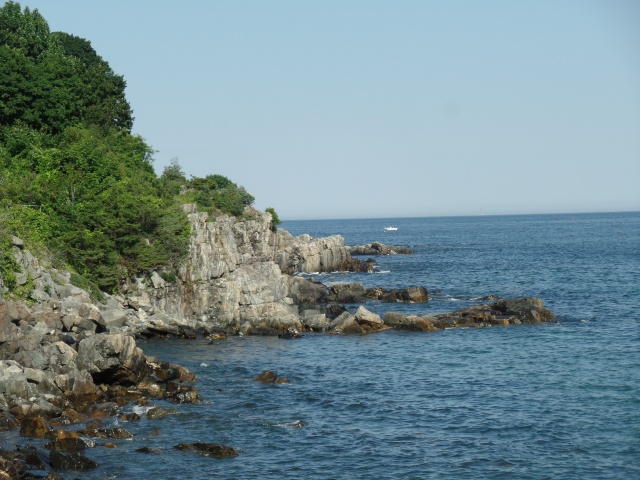 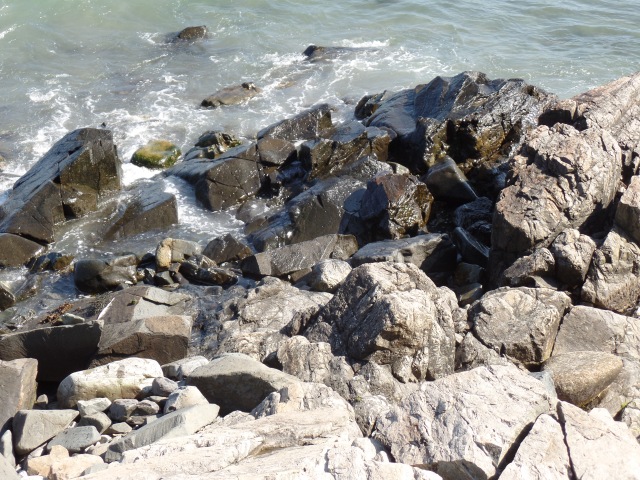 In contrast to my visit to Lynn Beach, yesterday, the tide here at York was coming in, albeit in a rather mild-mannered fashion. 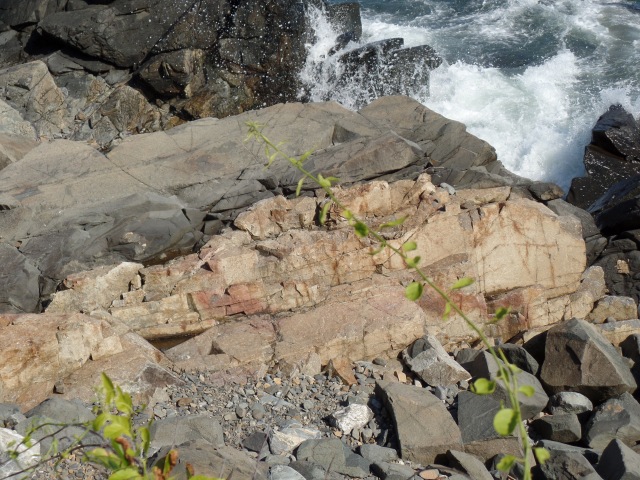 Returning to the top of the trail, I noted the limestone benches that are interspersed with the dense flora.  This is part of what makes the Maine Coast so magical. 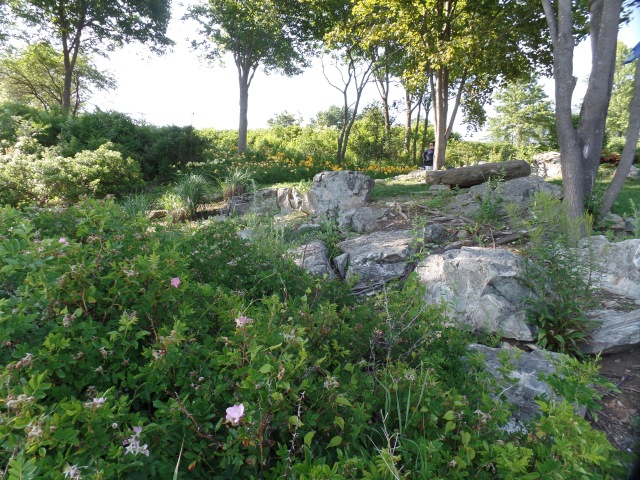 There is so much more to York, and to its namesake county, to say nothing of the Pine Tree State.  In the coming years, I will no doubt be making more forays Down East, among other places.

I will close this part of  the Bruin Adventure, by thanking my York family. 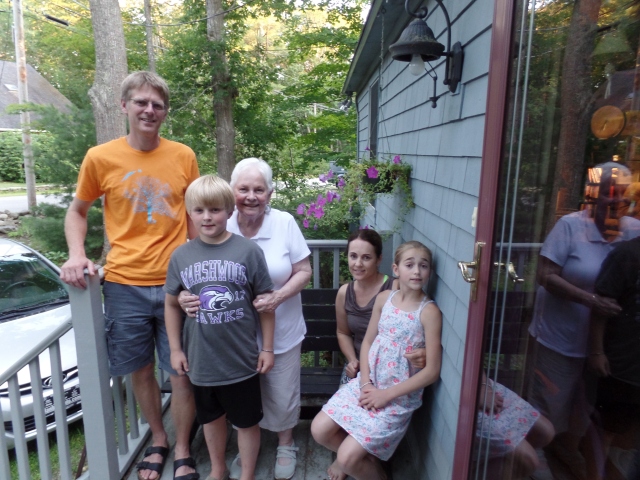 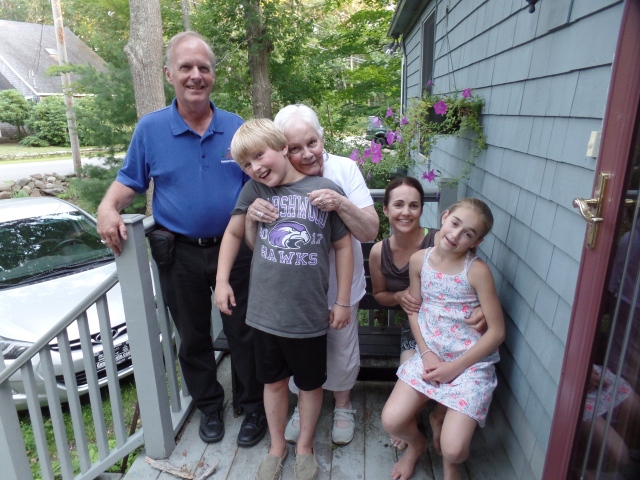