There are few places in the world that can claim a heritage that is chronologically brief, yet historically enduring.  I had the pleasure of being in such a place, this morning.

The Mogollon people lived in this rugged area for about 25 years, starting around 1200 AD.  Then, for reasons that may have ranged from drought to encroachment of other peoples, they left these cliff dwellings behind.

Here are several photos of the four inhabited high cliff caves, and the legacy of their only known inhabitants.  Note the charred ceilings and carefully built stone apartments.  I began by crossing this foot bridge, over a tributary of the Gila River.

The hike was 1/2 mile, up moderately steep switchbacks.  It took me about twelve minutes to get up to the dwellings. 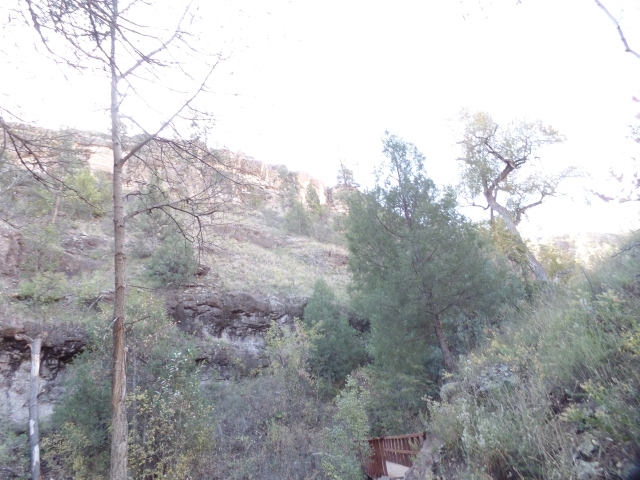 Once on top, I passed by a cave that was never inhabited.

At cave 2, I was greeted by a volunteer docent, who explained that the community was organized into apartment units, with a common area for dining and religious gatherings.

Cave 3, the largest settled area, is accessible by ladder, as it was in the Mogollon’s time.

The curious T-shaped window afforded a broad view of the adjacent cliffs and a narrow enough egress, in times when cook fires were errant.

Note the remaining soot on the ceiling.  It is dated from the 13th Century.

This ladder is a Twentieth Century replacement for the log ladder, used by the Mogollon.

This is an example of the apartmental structure, in Cave 4.

The area below was a common gathering place, also in Cave 4.

Here is the eastward view that greeted the Mogollon. 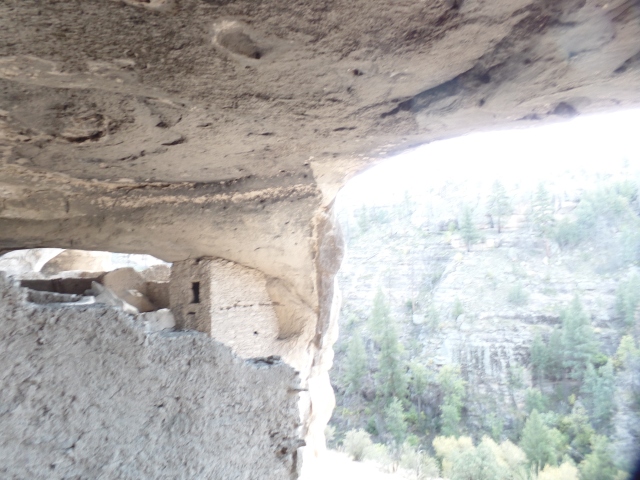 Here is an apartment in cave 5, which is not accessible to the modern visitor. 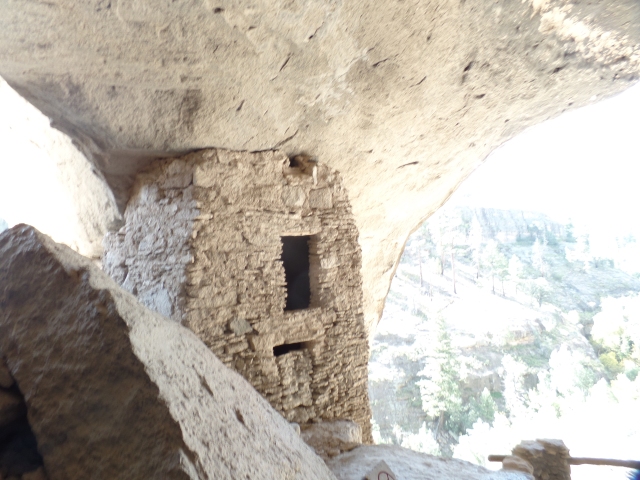 Few pictographs remain, in the dwellings themselves, but here is one.

As with all parts of the mountain west, the Gila Wilderness has had its share of fire.  This is an area which burned in 2011. The gentleman at lower right, and his wife, are involved with the Everett, WA Botanical Garden, which I visited in 2015. 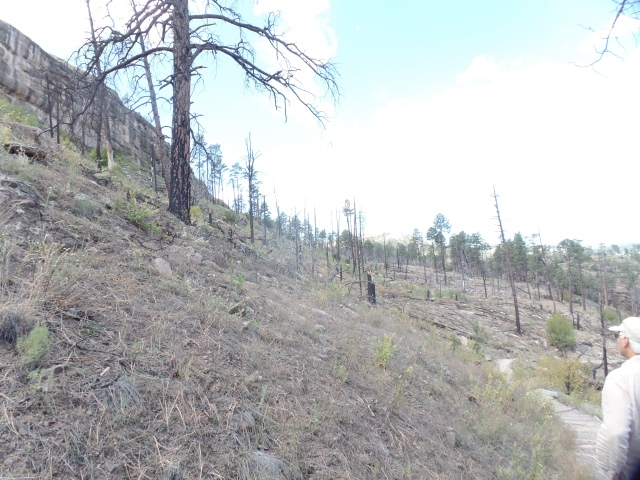 The Mogollon seem to have borrowed some construction techniques from the Ancient Puebloans, further northeast and from the Salado people, to the west.  Their ultimate fate remains unknown, though they seem to have made their way northward, after abandoning this site.

14 thoughts on “The Mogollon and Their Brief Haven”