The thieves gave me more than they took, actually.  An extra day to enjoy the comfort of Auberge Bishop’s community and to spend twilight in downtown Montreal were unexpected delights.

Here are some scenes of Montreal’s old and new, around the Cathedral of Mary,  Queen of the World and St. George’s Anglican Cathedral.  Statues honour Sir Wilfrid Laurier and the Royal Canadian Mounted Police, as well as a row of figures atop the Roman Catholic Cathedral.  Below is a scene of the cathedral’s cupola, with CIBC Tower to its right.

The great tower also watches this gate to the cathedral’s grounds.

The Cathedral’s own watchmen are also quite vigilant. 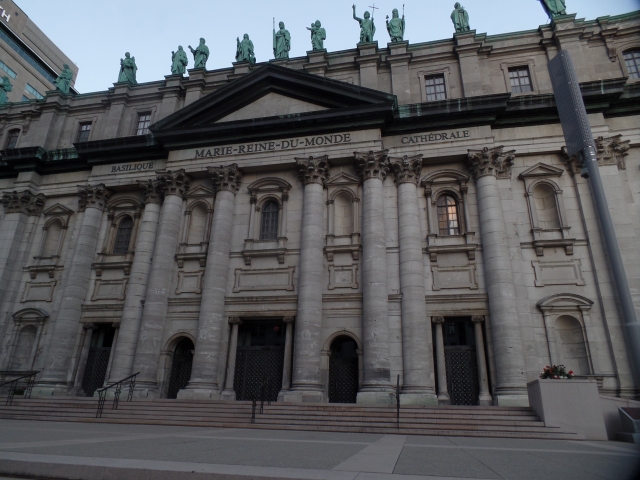 Here is a memorial to the city’s fallen, in World War I, World War II and the Korean War.

In addition to the excitement of Formula 1 Grand Prix, there is a dazzling amount of construction here. 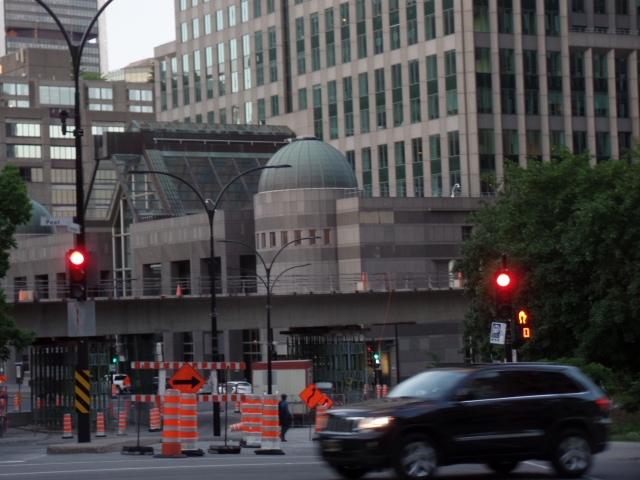 This abstract piece graces the Garden of the Cathedral of St. George, an Anglican house of worship. 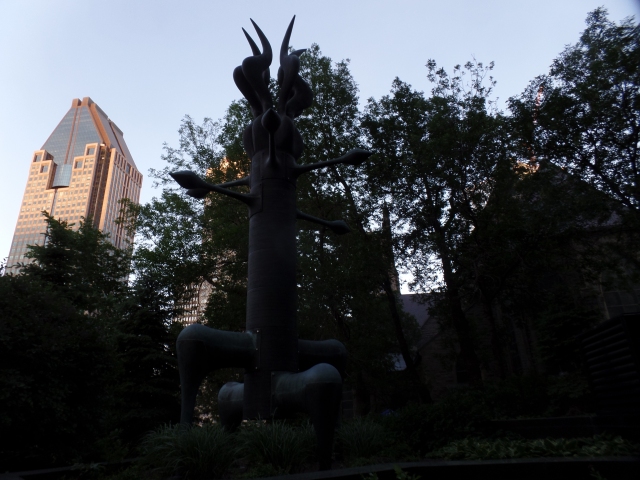 This statue honours Sir Wilfrid Laurier, Canada’s Prime Minister during the Fin de Siecle, the turn of the Twentieth Century. Sir Wilfrid promoted both the expansion of Canadian territory and a retreat from Federalism.  He espoused increasing harmony between English and French Canadians. 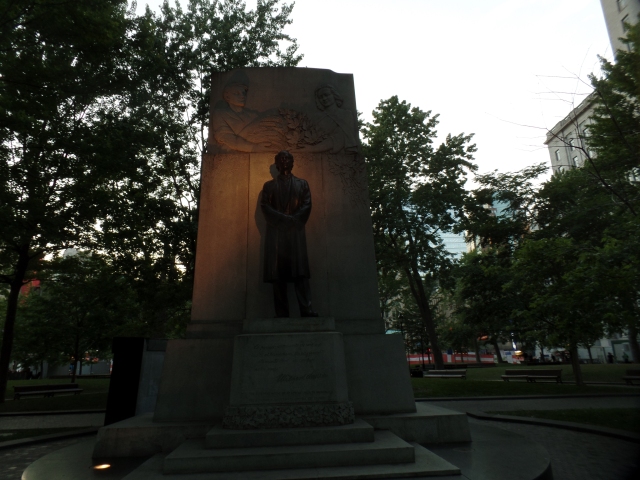 The “Mounties” are honoured here. 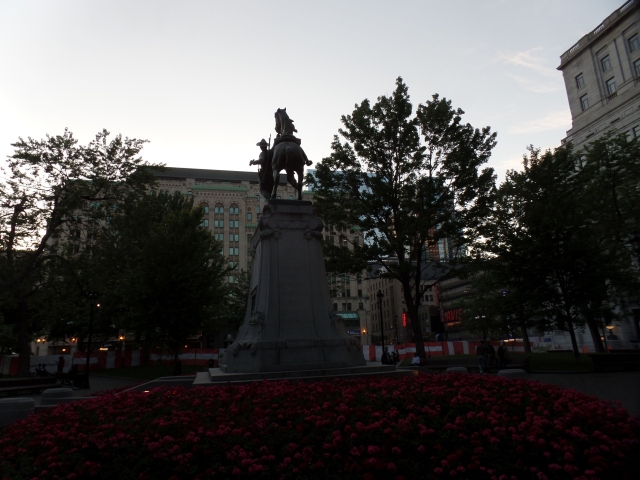 This likeness of Robert Burns celebrates Canada’s debt to Scotland, as regards its settlement.

With the dark looming, I headed back to the hostel.  There, as an offbeat round of Bingo was beginning, I took a seat at one of the “audience” tables. The “winners” of a call had to perform a silly act. One young man came up and meowed at me. A few calls later, a pert young woman was to ask an audience member to dance.  So, I accepted her motion and let myself move to the beat.   At that moment, I realized why this extra night in one of my favourite cities happened. Business as usual, with no break-in, would have had me on the road, charging full speed ahead, to New England,  It was essential, in fact, for me to slow down and get off the treadmill. So many “daughters” have appeared these past few days, from Toronto to here, offering messages of support and encouragement, in big ways (the policewoman) and small (this pleasant dancer).  I went to bed, two hours later, feeling safe among the young.

NEXT:  A fine repair and Grandma’s roots.