I bypassed the Steamtown Shopping District, mostly as I was itching to get to the National Historic Site and was saving my appetite for a stop to see my friends at D’s Diner, in Wilkes-Barre.

The docents at Steamtown National Historic Site are intensely passionate about trains, and rightly so.  Until the advent of mass-produced trucks, in the 1950’s, locomotives were the most efficient way to move goods across country.  They still have staying power, and freight trains, at least, have held their own, over the last forty years.

Here, then, are scenes from Steamtown.  Please note that this site is free of admission charge. 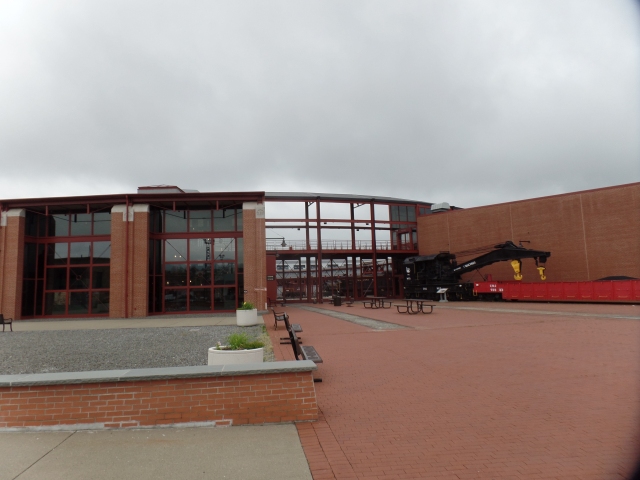 The Visitor Center, above, provides all that one would expect from such a place- knowledgeable docents, memorabilia and a fascinating introductory film.  Below, in the Turntable, is an Illinois Central Railroad engine car.

Below, a Baldwin #26-0-6-0 Switcher Locomotive (right) is activated, once a day, by a trained rail engineer, for the enjoyment of visitors.  A caboose is seen in the middle.  To the left is an observation car. 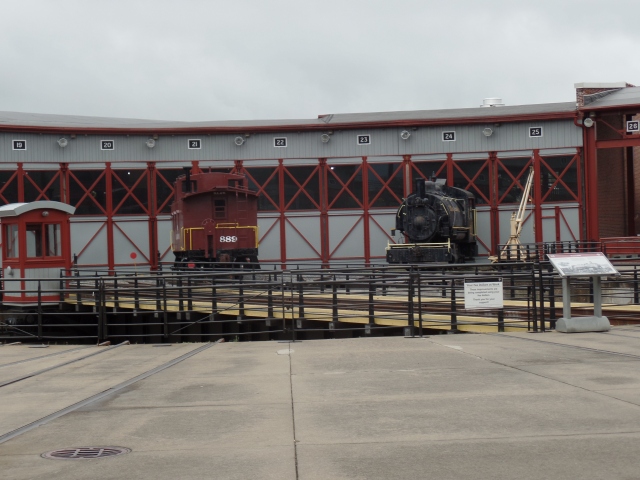 Below is a depiction of rail setters, doing the backbreaking work of establishing our transcontinental network.

This diorama shows a full-service rail yard, in miniature.  In the middle, is the Roundhouse, with its Turntable at the epicenter.

This caboose, made of wood, served as the train’s office. It is from Rutland (VT) Railroad #28.

This is a Spang, Chalfont & Co. locomotive, where one may peer under the vehicle’s “skin”.

Here, we get a good view of the Roundhouse.

This is a Lackawanna & Western Railroad wooden boxcar.

This is where the coal is shoveled into the engine, thus burning and producing steam. 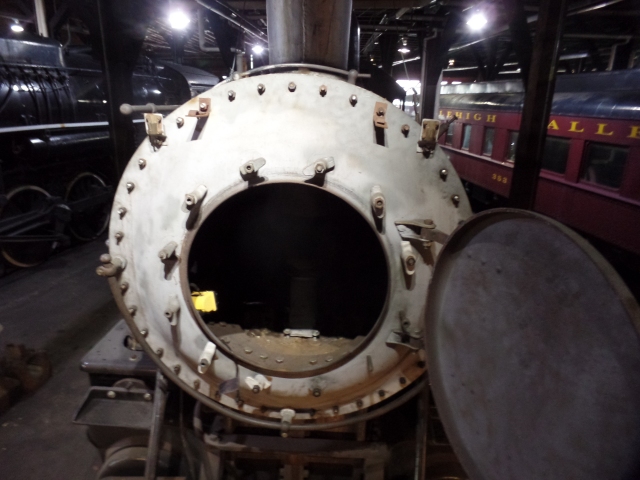 An engine is, of course, the lead car of any train, thus the yellow bell being attached to this early model.

Here are some views of an early passenger train.  First is a view of the kitchen.

Below, is the dining room. 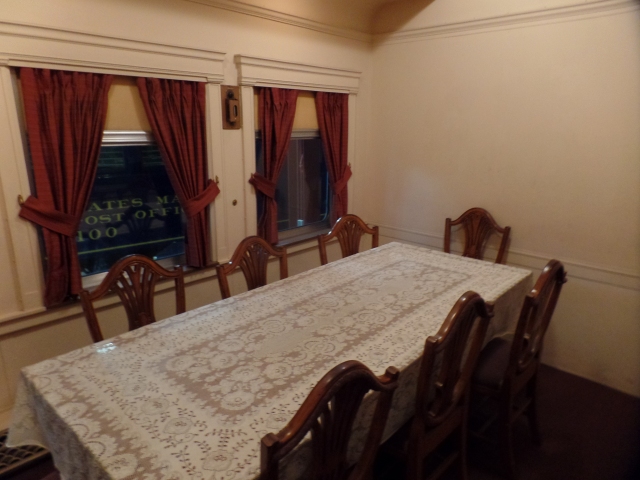 Here is the business lounge, where smoking could also be done, after a meal.

I spent about an hour, after touring the Roundhouse, visiting the History Museum, which has fine details about all people involved in a railroad operation- including both official (Engineer, Conductor, Railroad Security, Executive, Porter and Ticket Seller) and “unofficial” (Hobo), who actually did some maintenance work, here and there, for the railroad, in return for the security “bulls” looking the other way.  It was, for many years, a FEDERAL crime to be caught on railroad property without authorization.

The History Museum features a postal car, from the Louisville & Nashville Railway. The Pony Express was only around for 18 months.  Before, and after, the rails were the fastest way to move mail.

As with any technological advance, there were those naysayers, who tried to sway the public against railroads.  Here is a 19th Century version of NAMBY propaganda. 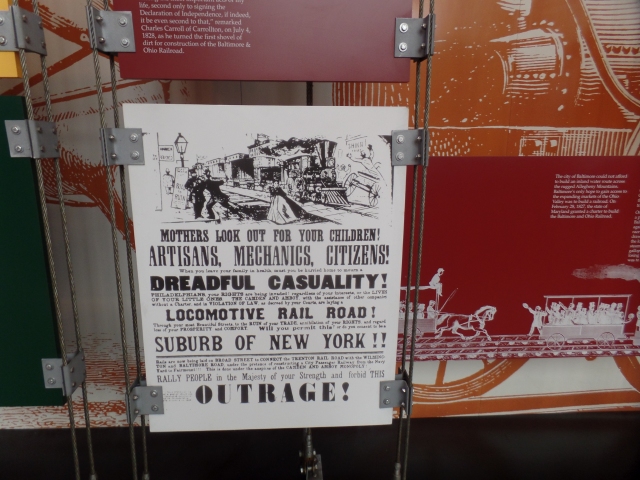 Having seen how that DIDN’T work and how well the railroads DID, I headed a bit southeast, towards D’s Diner, to see how my friends have fared in their first full year of business.

4 thoughts on “The 2018 Road, Day 19: A Steamtown Experience, Part 2- Turntables and Roundhouses”