I had this flight of fancy, at one point this week, about “doing” the Hampton Roads area, in three days.  That is not how I’m wired, though, and it came as no surprise that Jamestown took the better part of a day and Yorktown, pretty much all of the following day.  After a lovely breakfast at Capitol Pancake House, I took my leave of Williamsburg, and headed to the place where the British Army found itself outmaneuvered by a Colonial force that was trained by the Prussian General von Steuben and bolstered by the French, under Marquis de Lafayette. Yorktown has a wealth of both coastal and woodland sites that figured in the deciding battle of the American War for Independence.

I spent about an hour taking in the coastal section of Yorktown, with plenty of company at the beach and in the shops. 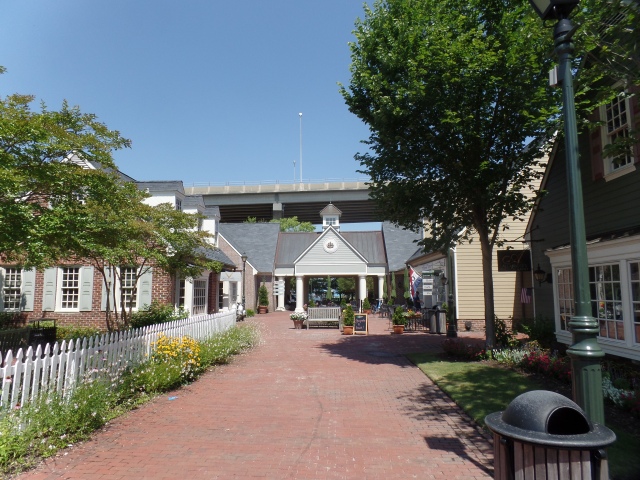 The Coleman Bridge spans the York River, going to Gloucester Point, which was one of General Cornwallis’ “fall back” camps. 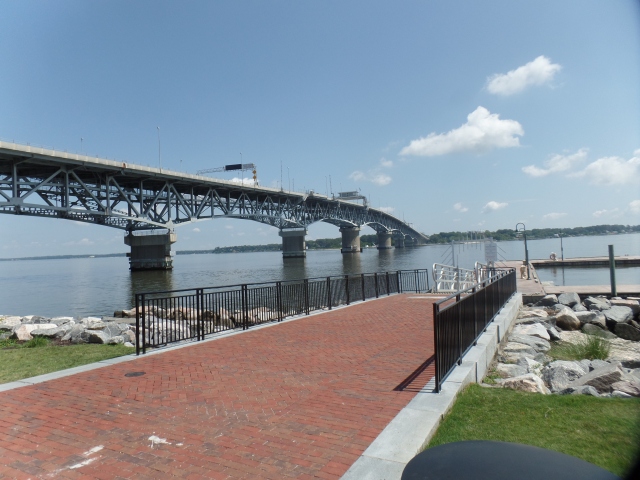 Yorktown has two small gardens, near the riverside. 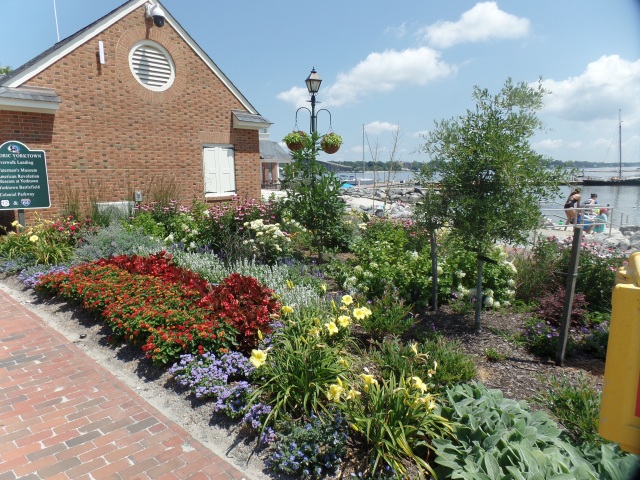 This garden honours the sacrifices made by African-Americans in colonial Yorktown. 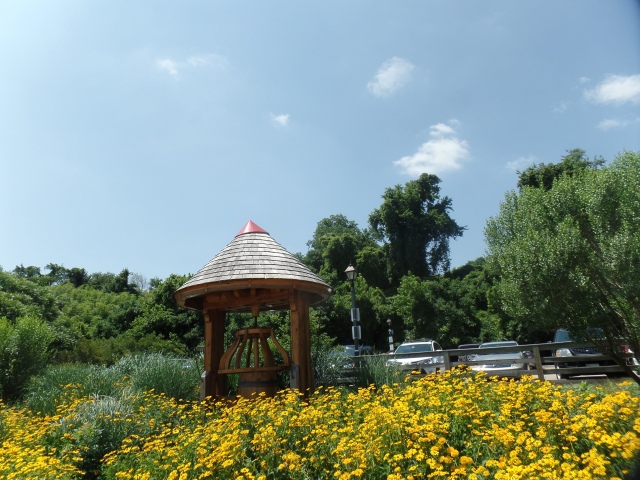 General Cornwallis had his troops hide in this cave, as the joint American and French forces advanced on Yorktown, by land and by sea. 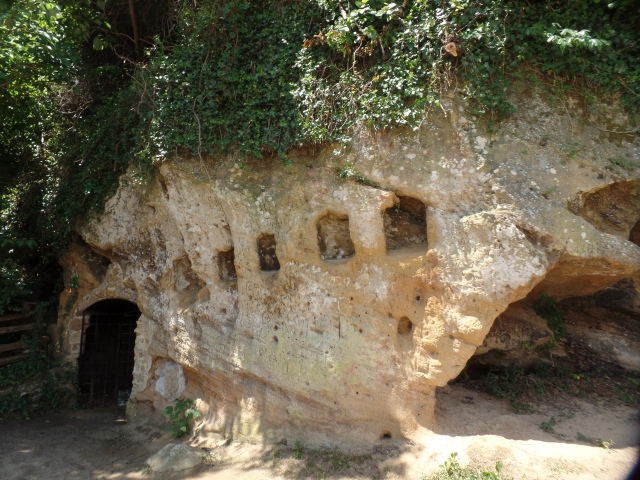 This statue depicts the surrender of General Cornwallis to General Washington. 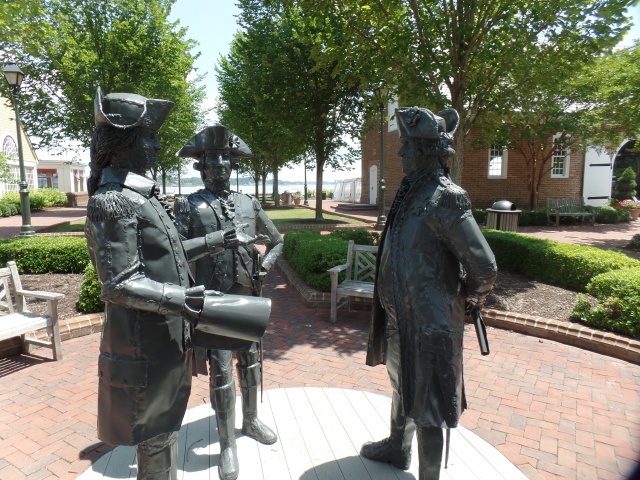 I headed a bit west, to the Poor Potter, site of the factory operated by William Rogers, an expert artisan, who operated colonial Virginia’s largest pottery operation, between 1720 and his death, in 1739. 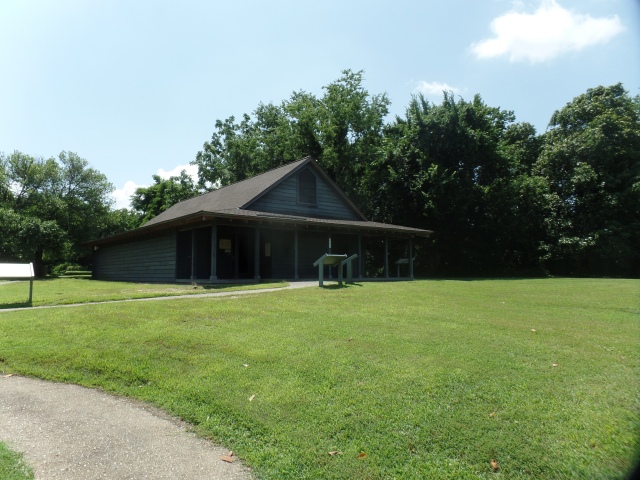 Here is a view of the actual factory. One may see shards of pottery, through the windows to the right. 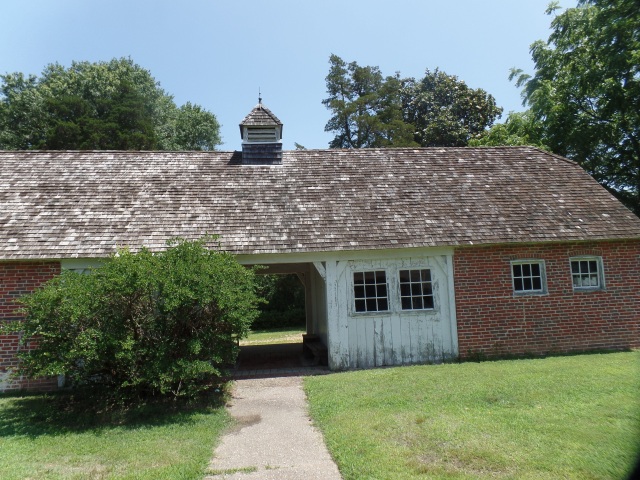 Yorktown is very much a modern city, and York County Courthouse had plenty of visitors this morning. 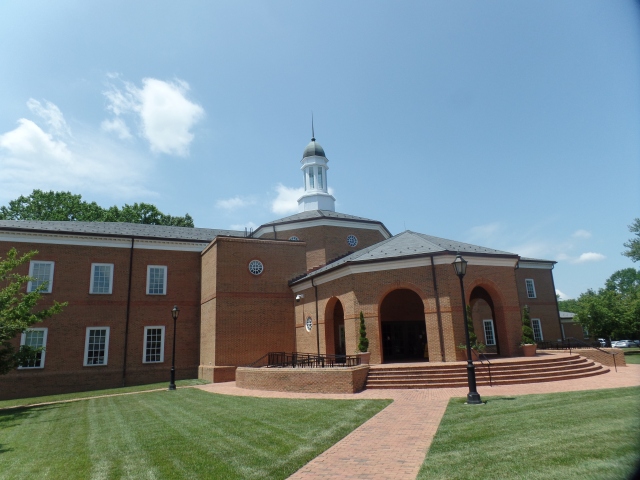 I headed over to the Battlefield and its mementos of the American, British and French contributions to Yorktown’s prominence.  In Part 2, the focus will be on the auto tour of these far flung sites.