Friday, March 8, 2019 was the day that barely happened, in my world.  I crossed the International Date Line, right at Midnight, thus throwing me into- today.  We landed at  Seoul Incheon International Airport, about eight hours later.  Amazingly, I got a blessed seven hours of sleep , whilst on board the flying city that is a trans-oceanic flight.

The short hop to Busan, from Incheon, ended on a disconcerting note:  My checked luggage had been detained there, for some sort of “further inspection”.  I was assured that nothing was found amiss, and that the bags would be delivered to Aram’s in-laws’ address, which is where we will be staying, during and immediately after tomorrow’s wedding.

With that, I finished clearing Customs, at Gimhae International Airport, then joined Aram and Yunhee to head to their apartment in the Marine City section of the large port, South Korea’s second largest city.  I took a brief rest, and after catching up on the past several months, we sat down and planned the itinerary for the next several days.  I also caught up on life in the U.S., and learned, to my dismay, that my last surviving maternal uncle had passed away, not long before my flight from Phoenix to Los Angeles had departed.  I will miss his stories and the twinkle that was always in his eyes.

We set out for the lovely country home of Yunhee’s parents, arriving around 4 p.m.  The brief rest stop at Saman yielded these first photos of the Korean countryside.  This highway rest stop has many of the amenities associated with similar concourses in North America and  in Europe.  It also has a small exercise area, with rudimentary simple machines, for limbering.  The bridge connects nearby housing areas with the Rest Area, so that locals can walk and enjoy the shops and restaurants.  The covered shrine-like buildings are for people to enjoy picnic lunches or to just sit and meditate. 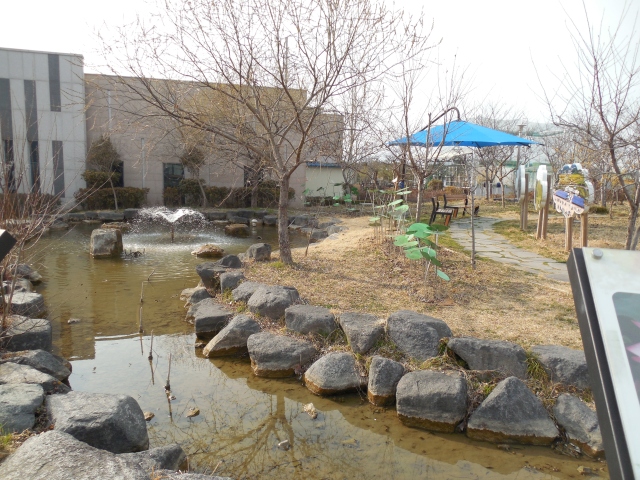 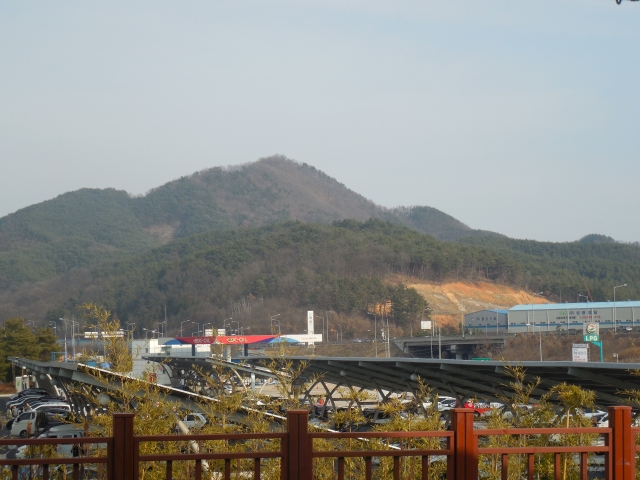 Korea has changed much, since we last lived here as a family, in 1992.  I look forward to re-visiting some of the areas we treasured, and to see a few new places, as well.  Tomorrow, my beloved son and daughter-in-law will sanctify their civil marriage.  Stay tuned!

3 thoughts on “Quantum Leaps and Recovery”