Such was the message on the t-shirt worn by another patron of today’s Powwow, at Ken Lindley Park, across the main street from my apartment.  I saw no one being anything less than nice and I was certainly my usual self.  The words kept coming back to me, throughout the day.

The full range of  dancers performed this afternoon, from 5-year-olds to senior citizens, with male and female dancers, in each age category, from Juniors(10-12), teens (13-17)  adult (18-550 and Golden Agers (55>), performing in one of three categories:  Traditional, Grass and Fancy, which refer to the type of regalia worn.

I sat comfortably in my “director’s chair”, for most of the afternoon. Though while still in shy and awkward mode, I got up and joined in the Round Dance, a social dance in which everyone sidesteps in a circle.  Being among Indigenous people is a balm.

I didn’t take photographs, as those gathered here asked that no one take pictures of anyone they didn’t know personally.  As everyone  else who was there was not known to me, the camera stayed off.

After the Powwow ended, and my laundry was done,  I stopped by the grounds of Chalk-It-Up, to get photos of this year’s entries to the annual chalk art festival.  The actual work took place earlier, but a small group was still there-likewise taking photos.

Here are my candidates for the most memorable. 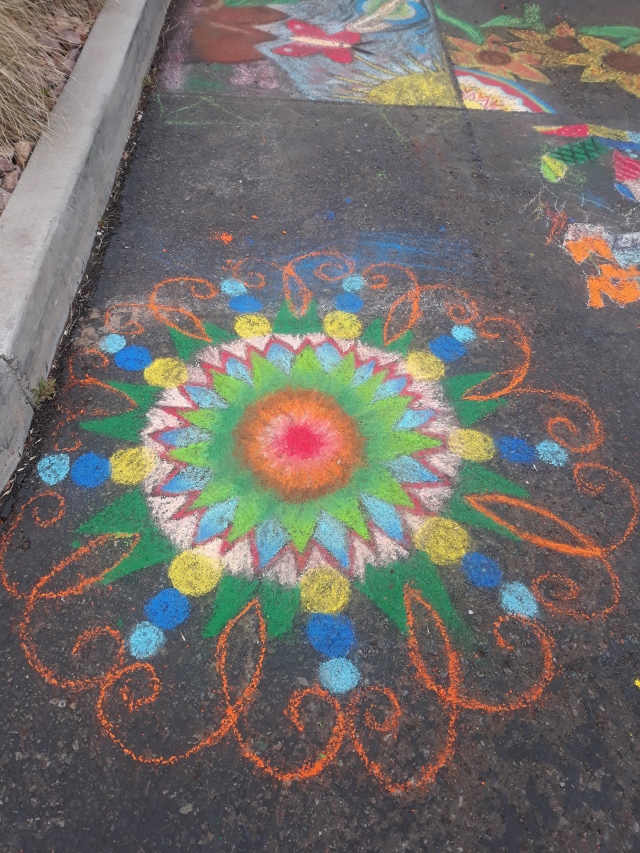 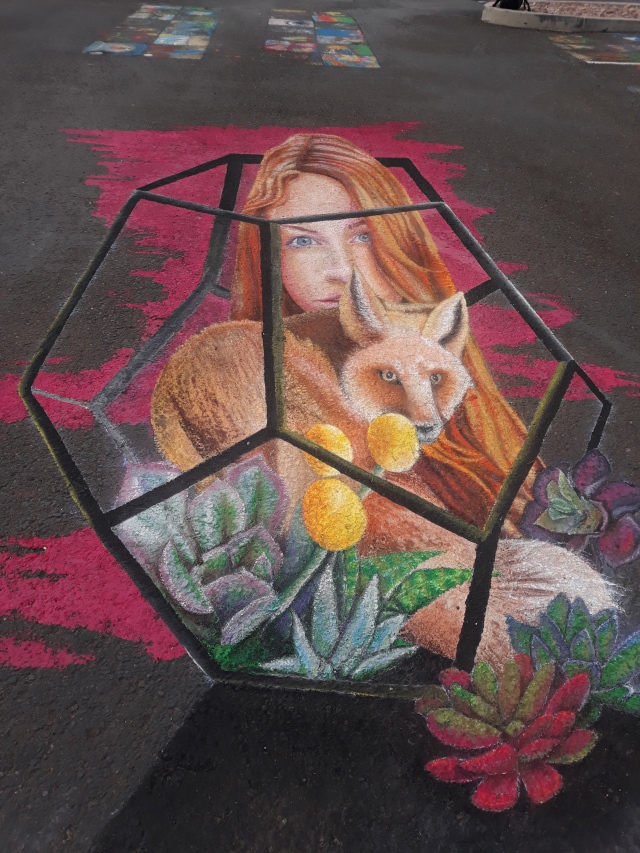 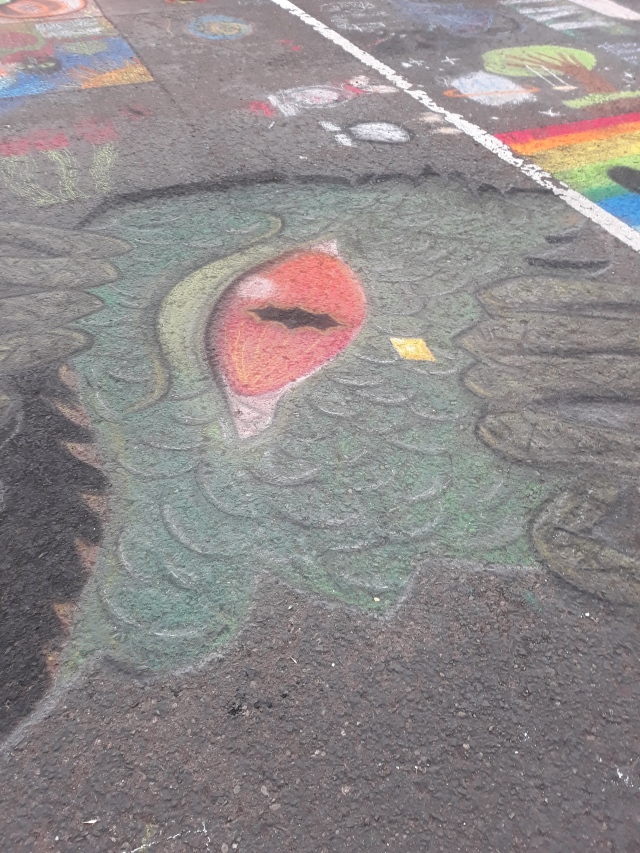 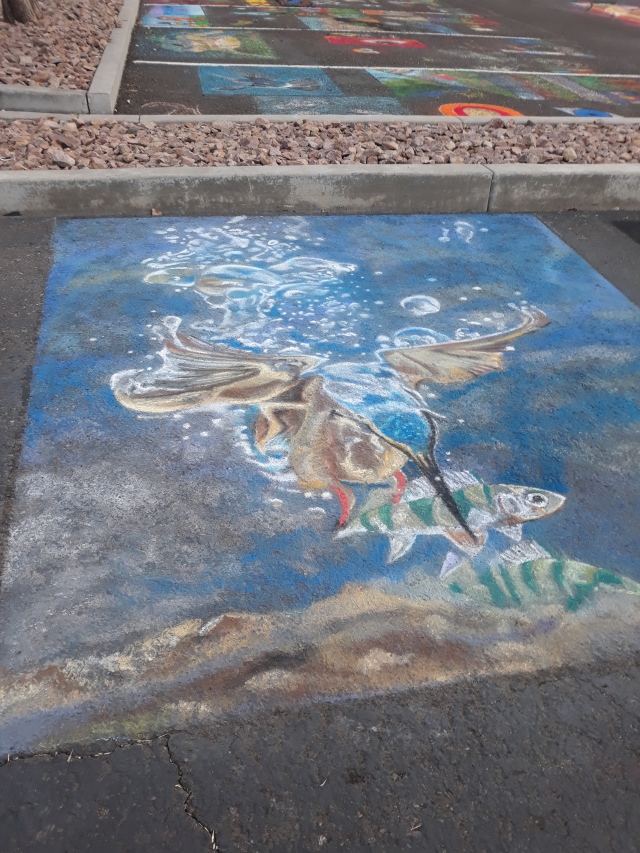 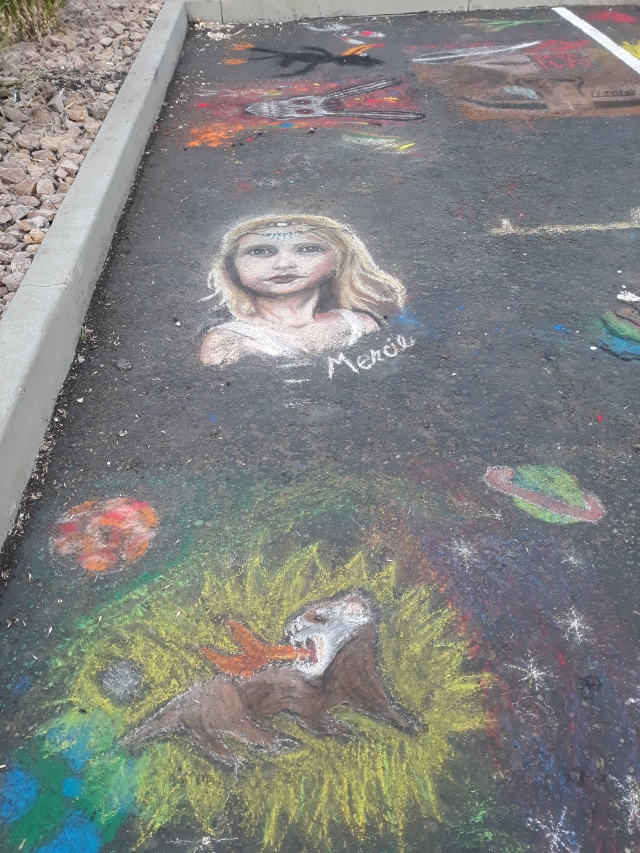 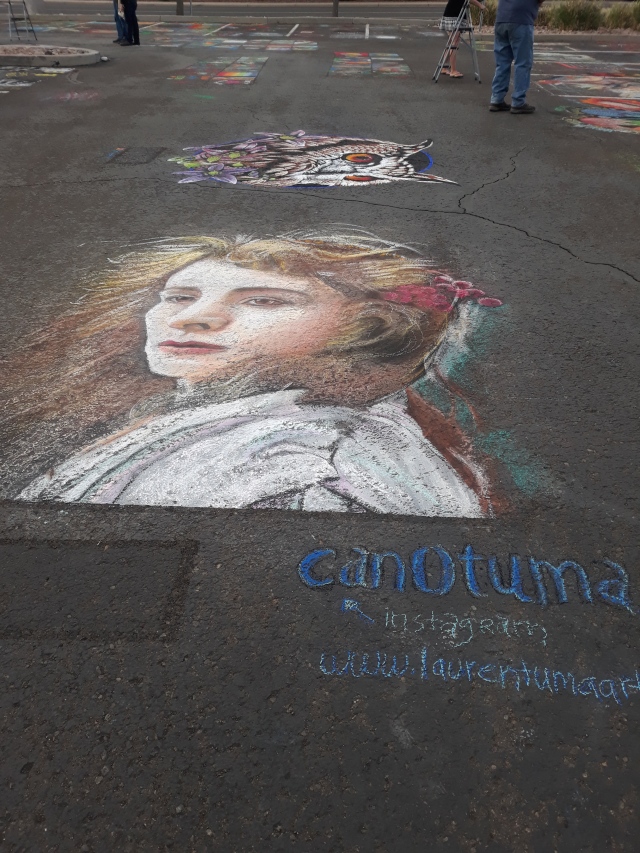 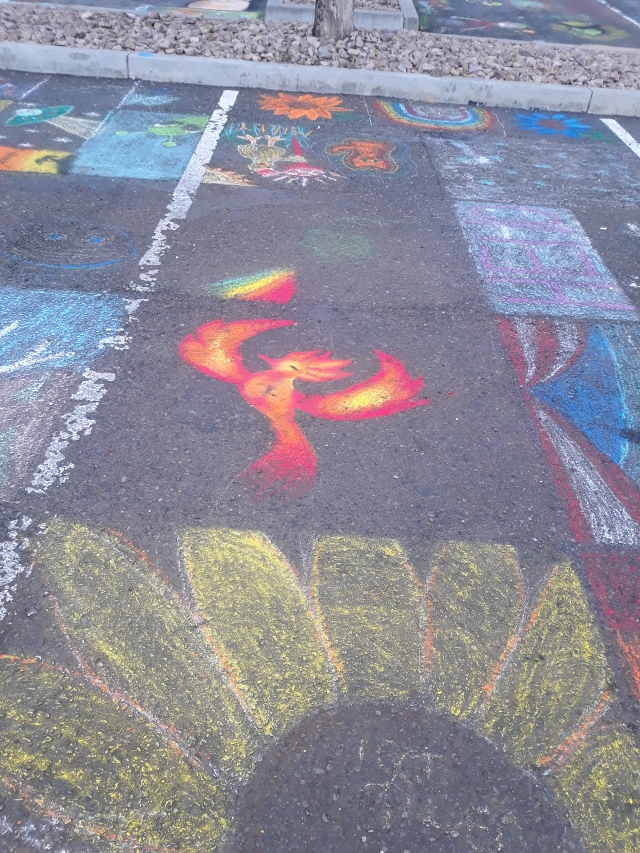 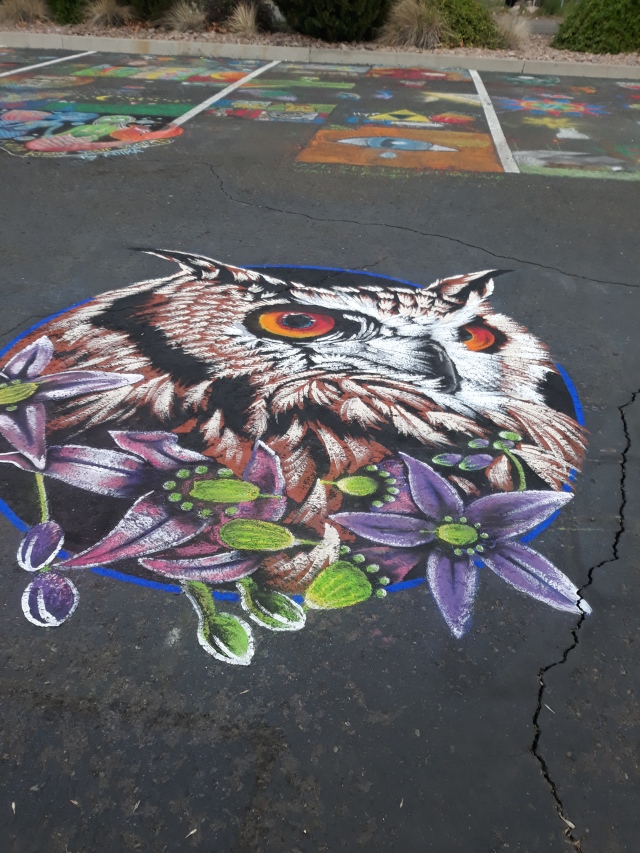 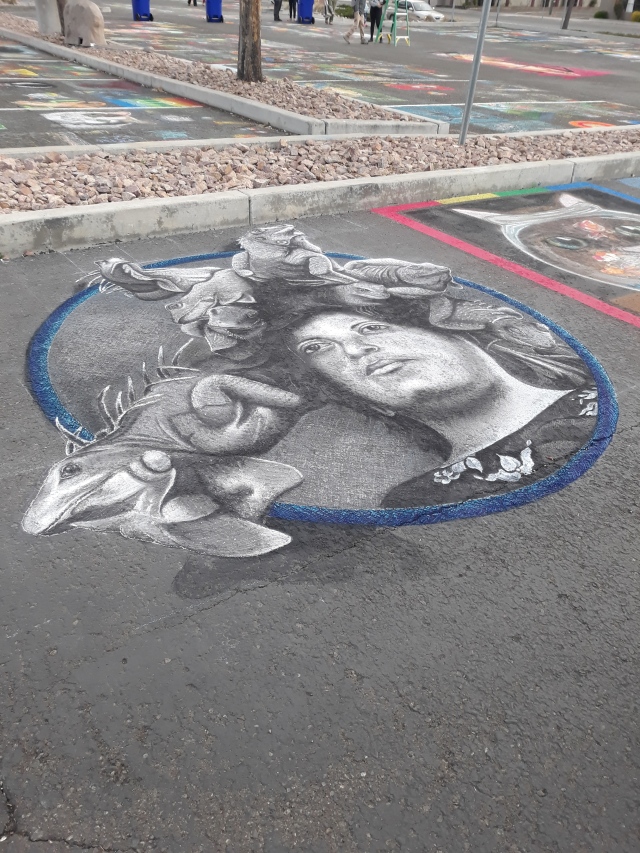 To anyone who has felt overcome by the careless judgments of others, there is this: 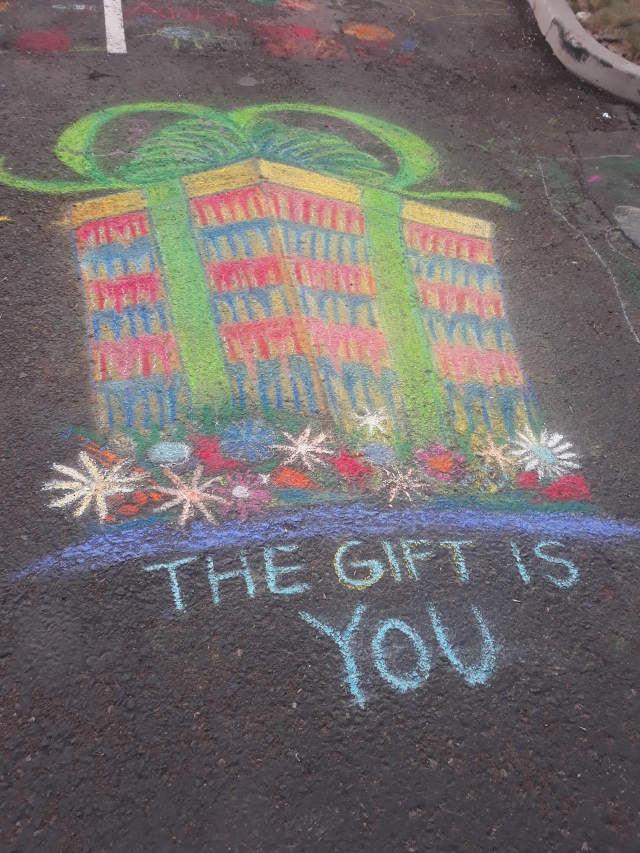 It was ironic that, shortly after I took the above photo, I was approached by a couple of school district employees, who found it uproariously funny that I would appear at a public event.  Leaving them to their giggling and derision, a much warmer atmosphere was a block away- at Two Mamas Pizzeria, another place where I can say I feel welcome and safe.

I can say this:  Neither those foolish women, their co-workers, nor anyone else will run me out of town.  Shy and awkward as I feel right now, I take solace in knowing I need run no more.  I will define my place.