In the gloom of Spring, 2011, I was casting about in my mind, as to where I might plant myself.  At the time, I had one immediate goal:  To make my way to New Hampshire and attend the wedding of my sister’s youngest daughter- for whose happiness Penny and I had prayed for several years.  Other parts of life were in a state of suspension.  Though I worked the rest of the academic year, following Penny’s funeral and Aram’s life was slowly coming together, with the Navy on the horizon, I had ME to get settled.

Several locations presented themselves:  I could have relocated somewhere else in the metro Phoenix area, or somewhere else where I had family nearby.  Then, there were places with no family in the area.  One such place, to which I’d never been and of which I knew nothing, was Tryon.

I happened upon this town, whilst en route from Knoxville to Columbia.  It was dinner hour, so at long last, I left the highway and found a space for my car.  The place seemed magical.

It had been a fairly good day in Knoxville.  The East Side was hardly as intimidating as the earlier news reports had suggested.  There were troubled people in the room directly below me, but they kept their troubles to themselves and I had a good night’s rest.  A nice lunch, a workout at Planet Fitness and a car servicing at Big O all took place across town, and by early afternoon, I was back on the road.  If you’re ever in Knoxville and want a good, quick lunch, I recommend “Best Bagels in Town”- a small place, behind a Walgreen’s, just a couple of blocks north of Big O, at 120 S. Peters Road. I promised the owner I’d send a shout out, so here it is:  Best Bagels is true to its name.

Back to Tryon: The downtown is compact, with a well-known equestrian resort a few miles further east.  I am more of a cozy downtown type, so while resorts are nice and all, give me a small coffee shop/cafe restaurant, any day.  One such place is Huckleberry’s. 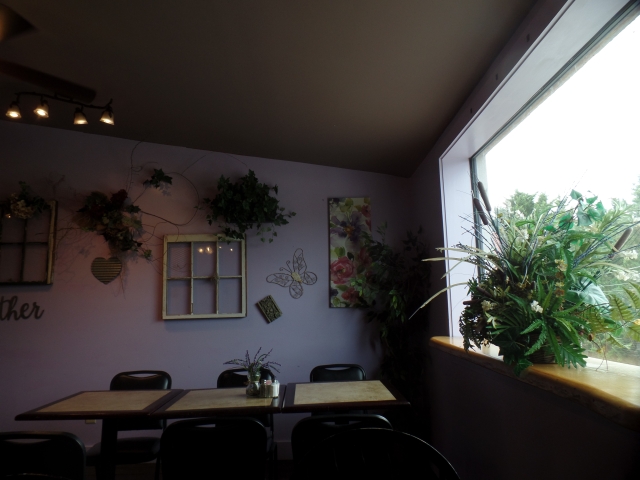 One of the recurring themes in my life is how much I want for the younger generations to realize their dreams, to succeed-often in spite of the powers that be “moving the goalposts” and recognizing when a young man or woman gets things right.

Georgia got it right, albeit being rather self-effacing and business-like. The sign that Huckleberry’s owner put on the wall says it best: 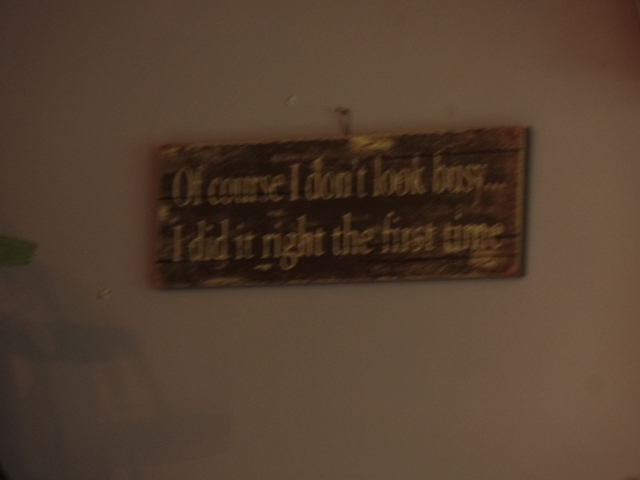 Georgia did keep busy, though, greeting, seating and doing half the serving.  I’ll say it again and again:  We Boomers are in good hands,  as we hand off the baton.

Tryon has a thing for bears-and for its claim to fame:  Horses.  The first sight that greeted me, as I parked was a wooden bear. 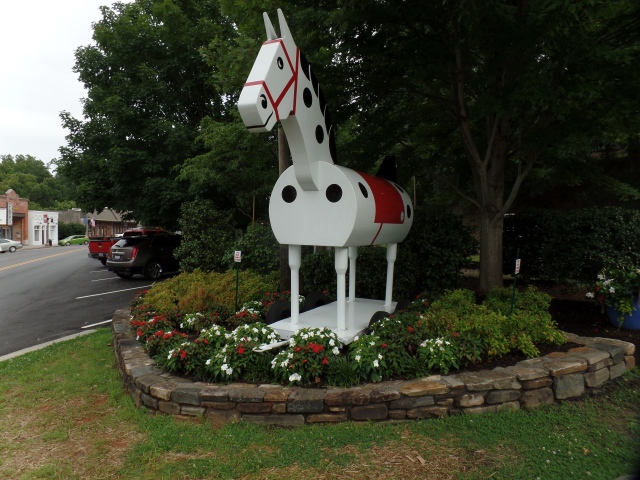 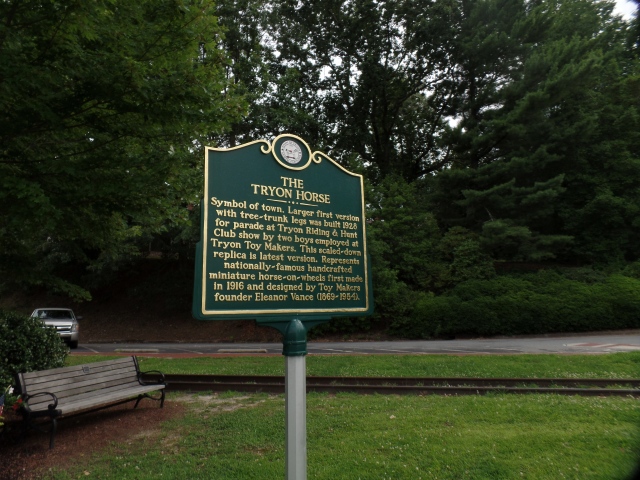 This multi-coloured horse is found near the Post Office.

Any town which claims Nina Simone as a Native Daughter has my fullest admiration.  A consortium of artists is working to restore the home of her birth. 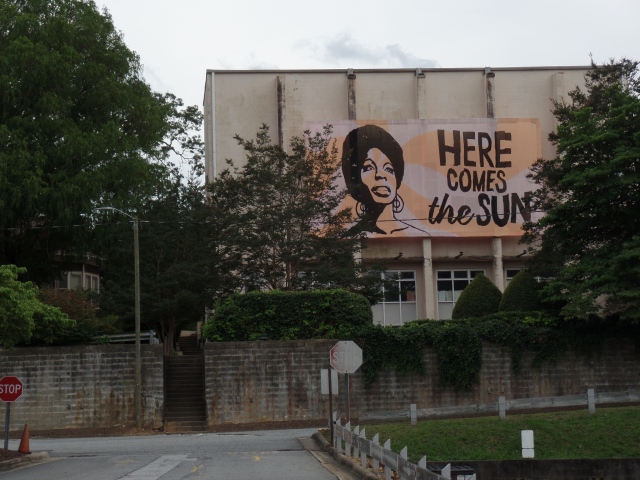 I chose Prescott, AZ, of course, as my Home Base-largely because it was familiar and the family had property, for the first 3 years of my time there.  I will continue to call Prescott my Home Base, until we see where my little family settles, next year.  A place like Tryon would not necessarily be out of the question.

2 thoughts on “The Home Base That Wasn’t”

WELCOME TO MUHAJER SEMAN SURAFEL WEBSITES ON HOME PAGES! This blog is for individuals and private organizations who want to read the FDRE Constitution as well as the interpretations of the Constitution as well as various laws of our country, various proclamations, government-approved directives, teachings and publications. Laws and the Constitution of our country. It is a website where we volunteer to help the public learn about draft laws and interpretations of the constitution. -INTERPRETATIONS OF THE CONSTITUTION -CONSTITUTIONAL LAW -CRIMINAL LAW -FAMILY & CIVIL LAW -COMMERCIAL LAW -HUMAN RIGHTS LAW -INTERNATIONAL LAW