Fifty years ago, I found myself among thirty or so young men, some a bit more worldly than I, others as green to the ways of the world as yours truly.  We were the trainees of Echo Company, Third Battalion, First Brigade, at Fort Jackson.  There were times that I broke down in the tears of an under-challenged, immature novice to life. There were times that I tried to avoid the challenges that, deep-down, I knew I needed to overcome.  In the end, I managed to overcome my own physical challenges and the constant ridicule from the jaded First Sergeant- and earned the respect of most everyone else.  I was a better person for the time spent here.

Once here, planted for what I thought was a day, at Palmetto Inn, east of town, I got messages from faithful readers, advising as to what I might do in the town.  Among these was word of a Wednesday evening event at a coffee shop, sounding as if it were sponsored by local Baha’is. So, I took the room at Palmetto for two nights.

The day started with a passable breakfast at George’s Southside Restaurant, hearing the plaint that I am finding increasingly common, in the workplaces along the road, this summer:  “I’m alone here, hon.  Please be patient, one co-worker quit and the other overslept. ”

In planning my day here, I focused first on the South Carolina State Museum, then the area around the Capitol and, rather whimsically, thinking I might pay a visit to Fort Jackson.  This last, of course, would not be realized.  Military posts are very well-guarded, even against visits by veterans.

I had a tip from a friend who had also spent time on Fort Jackson, to visit a fine dining spot, with an unlikely name.  Before going to the museum, I followed up on this recommendation. 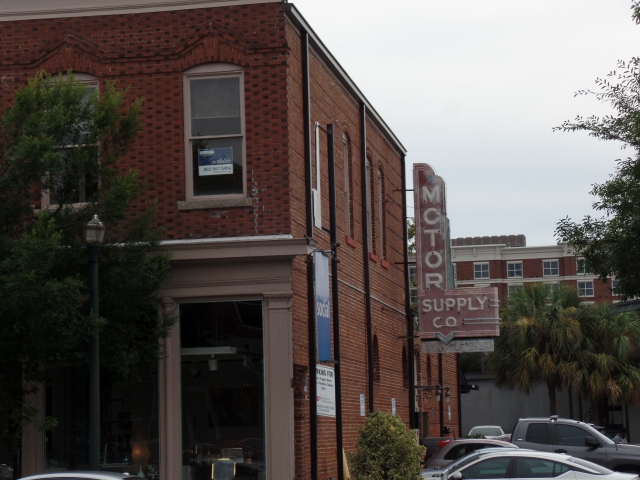 Motor Supply Bistro is a gem of a place.  I sat at the bar, for lunch, as I frequently do, when dining alone.  Bars and counters are a great place to feel at home, in an eatery, as one connects with both workers and with other solo diners.  I made several new friends here, as a result and the food is delectable.   There is valet parking here, and the attendant found himself being both ignored and blocked in, by a surly delivery truck driver, when he went to retrieve my car.  I tipped him for his trouble and faced down the ruffian, myself.  I did not get ignored and my car was off the lot, in short order.  I don’t take kindly to my contemporaries treating younger people with such contempt.

The South Carolina State Museum is worthy of at least two hours’ visit.  I focused on the Museum’s take on the Civil War, which was a bit less top-heavy on defending the Confederacy, than I had thought might be the case, before visiting, and on the various industries that took root, after the War, in both the Piedmont and Low Country regions of the state.

It is always a joy to see the work of students, in public museums.

Here is a map of South Carolina, prepared by children in a Columbia school.

There is a fine little area that tells the story of Palmetto State paleontology.  The region had its share of dinosaurs-and of megamammals.  Here are an Albertosaurus skeleton

and a Glyptodont, or giant armadillo.

The rails were critical here, moving textiles and lumber, even before the Civil War.  This long car was called the Friend of Charleston.

Textiles were able to be more efficiently produced, by machines such as this.

The processing and de-shelling of nuts, a major cash crop, was abetted by this machine. 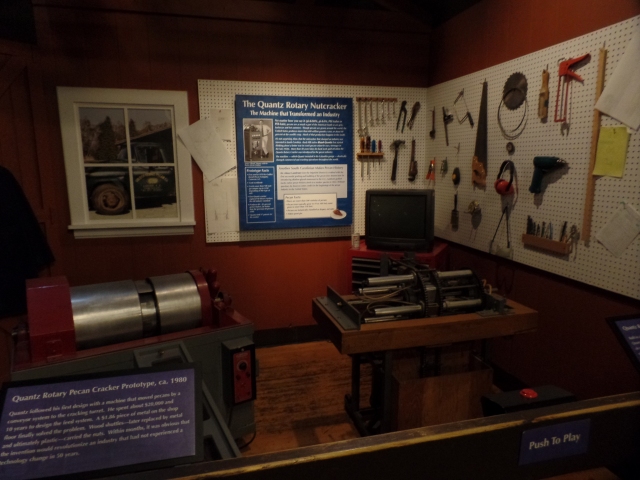 Coastal hardwoods were much in demand, beginning in the mid-nineteenth century.  This device helped greatly, in hauling cut timber’

The Catawba people, who lived in the Columbia area, prior to European settlement, produced basketry and intriguing wood carvings, as part of their cultural legacy. 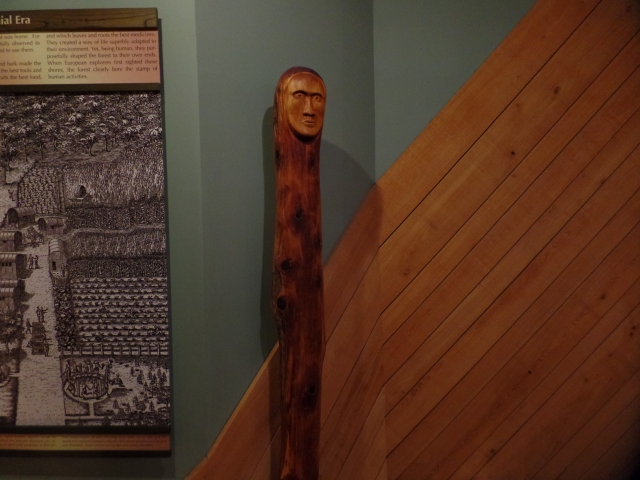 Here is a mock-up of a traditional Catawba house.

Finally, I ended my photo-journey around Columbia, by visiting the Capitol grounds.  There are a few statues in honour of the Confederates, but my interest there was the State Capitol as a whole. 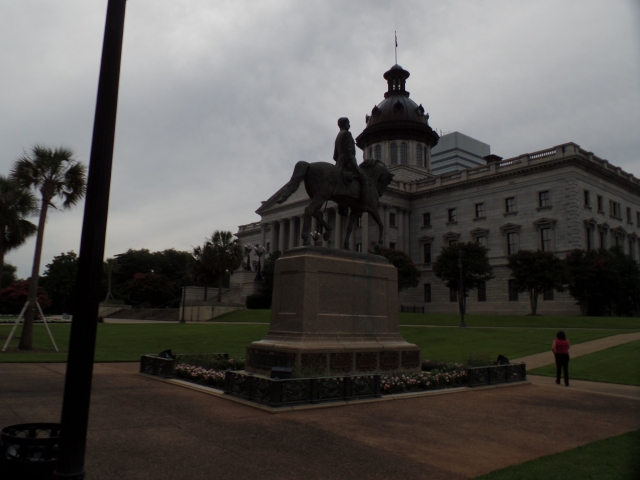 The day ended with a lively poetry and visual media session at Cool Beans Coffee House.  The person who had invited me never showed, but I was made to feel welcome by the program’s hosts, so Columbia left me with a warm feeling.  Gamecocks are good people.