It was a still, warm day, even on the water, as the Noon ferry headed out of Charleston Harbor, towards Fort Sumter.  The hundred or so tourists and Park Service staff who were aboard were a far cry from the angry men who stormed Fort Sumter, after firing on the supposedly impregnable island fort, on April 12, 1861- the opening shots of the American Civil War.

The fort was one of those which  had been built as a response to the glaring lack of coastal defense, during the War of 1812.  Thus, it is ironic that Fort Sumter should have been the symbol of oppression, to many in South Carolina, and that it would change hands three times, during the Civil War’s progression.  Built with three stories, to convey the image of indestructible fortress, it was leveled by bombardment and was turned into an earthwork, by Confederate defenders, between 1861-63.

I have had Fort Sumter on my to-go list, since 2007, when we made a family “virtual field trip” journey, for Penny’s University studies.  We never made it to Charleston, among other places. Now, though,  the scintillating city. and Fort Sumter, were on my blog-topic itinerary..

Here are some scenes of the ferry route and of the Fort.  The park’s office and waiting area are adjacent to the South Carolina Aquarium, just north of downtown Charleston. 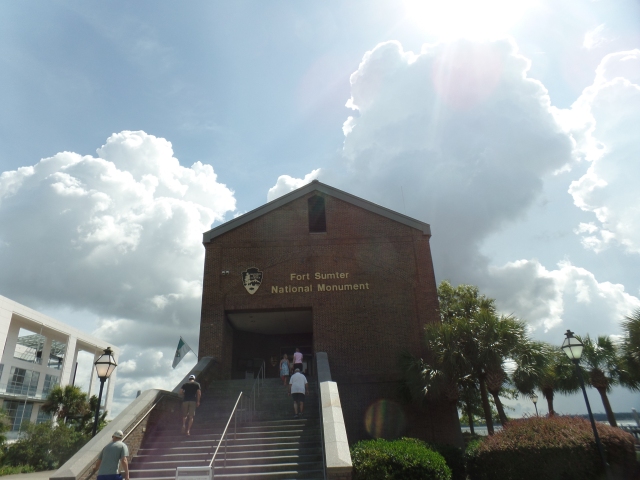 Whilst waiting for the Noon ferry, I happened upon East Bay Deli, on a row of eateries, three blocks south of the Aquarium.  It is a perfect spot for a full line of made-to-order delicatessen foods.

Below is a scene of Castle Pinckney, a small fortress from which Confederate forces harassed Union Naval vessels. 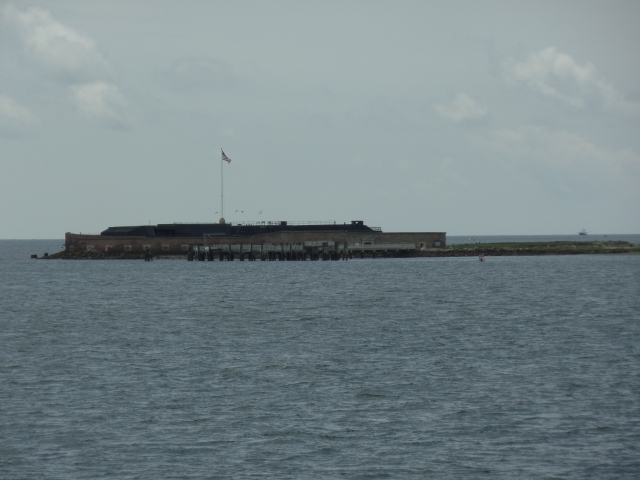 This sand spit is used by Charlestonians as a private beach, and is not part of Fort Sumter. 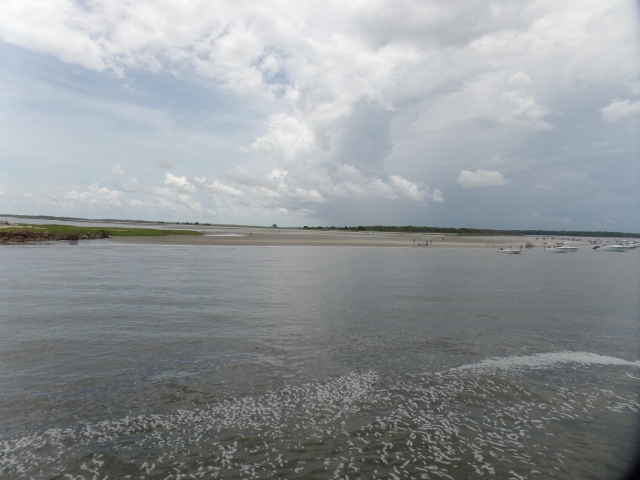 The first sight we saw, after the Ranger Talk, was of these cannon portholes.

Here is one of the entrances to the lower breastworks. 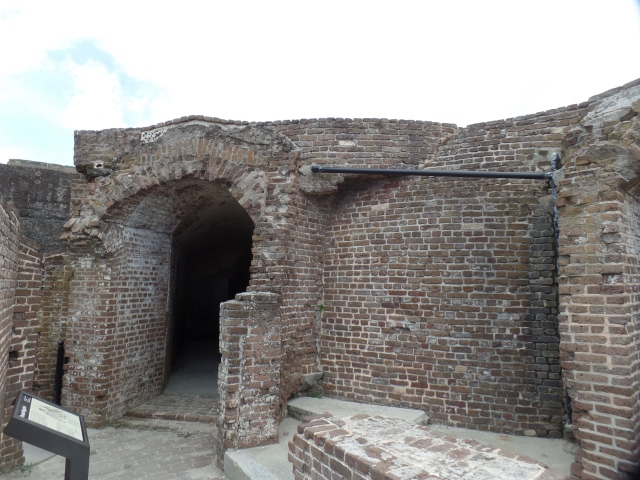 A full view of the cannon ports faces east. 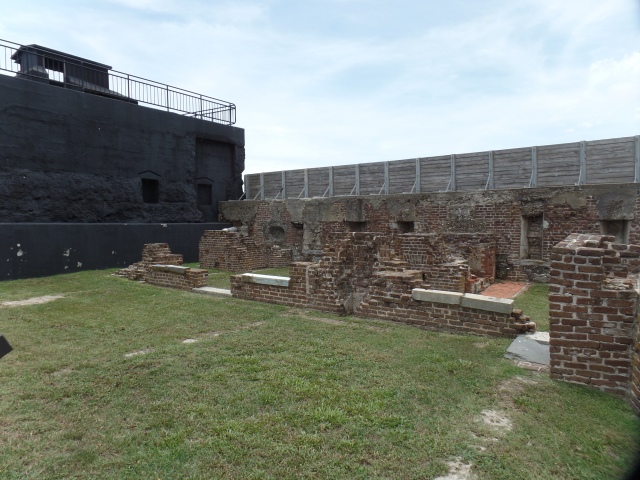 Sea shells were used to reinforce the mortar, during the fort’s repairs in 1862.

The cannon portholes are sometimes shut 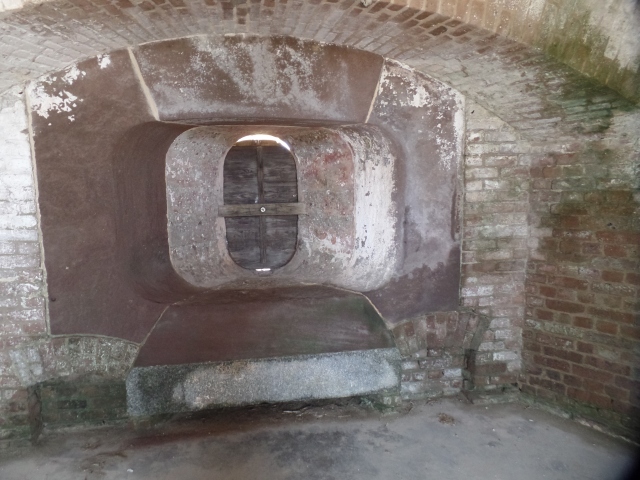 The cannon was always at the ready.

The supports of the upper stories still remain, in several parts of the fort.

For the person who has done everything, there is this:

My money still needs to go elsewhere, but there it is.  This is one such cannon that has been adopted. 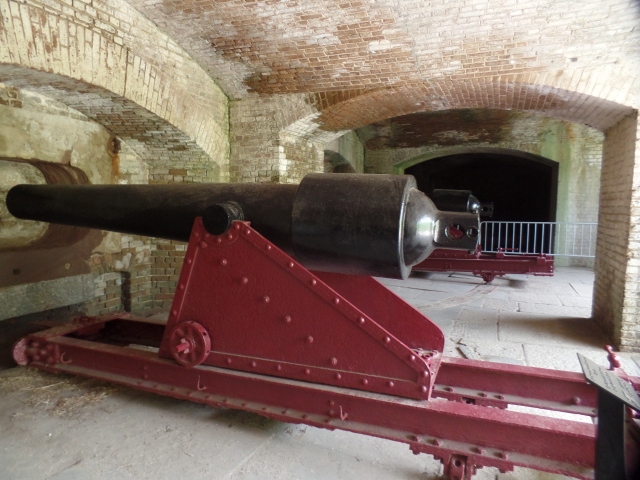 Finally, here is a Howitzer, used by the Confederates, during their defense of the fort, in 1863.  The Union forces won that battle and retained control of the island, thereafter.

Fort Sumter reinforced my view of the folly of war, when pursued as a means to safeguard ideology or narrow self-interest.  We have far more in common, as human beings, and thankfully have come a fair distance in viewing others in a positive light, since the Nineteenth Century.

5 thoughts on “The Turnstile Island”