Tonight, after sundown and all day tomorrow marks the 109th observance of the Day of the Covenant, a day set aside by Baha’is to honour the life of ‘Abdu’l-Baha. This happened because He was born on May 23, 1844, which was the very day that al-Bab, Herald of the coming of Baha’u’llah, declared His own Mission to the world. ‘Abdu’l-Baha would never have countenanced anything on His behalf which would have taken even a smidgen of attention away from honouring al-Bab, on that day. He acquiesced to letting the Faithful devote one day a year in honour of His life: November 26, by solar reckoning. When we switched to observing several Holy Days by lunar reckoning, there came about circumstances when the Holy Day falls a day or two before 11/26.

The Covenant between Baha’u’llah and His followers, of which ‘Abdu’l-Baha was the chief Exemplar, is an agreement rooted in justice. Divinely inspired justice is hardly a matter of an imagined deity tossing lightning bolts at miscreants or any kind of deus ex maxina, for that matter. Like its more human derivative, true justice is a process. and a therefore a long haul.

I mention all this because there are times when a person who commits a moral failing, but not a criminal act, may be found innocent of criminal wrongdoing, by a jury of peers and continue to suffer within self and within the wider society. History is replete with such cases, and no names need be mentioned here.

There are also cases where a person, or people, are found guilty of criminal wrongdoing, by a similar jury and the wider society finds agreement-with a minority of people begging to differ. We saw such a verdict rendered today. The matter in question took a long time to resolve, as several commentators have observed, with some further allusions to the ongoing investigations into the affairs of January 6.

Justice is a long haul. The perpetrators of the murders of Emmett Till and of Medgar Evers, as well as the killers of the little girls in the Birmingham bombing of 1963, were brought to justice with all deliberate speed-but the convictions held. The alleged assassins of John F. and Robert Kennedy and of Martin Luther King, Jr. were brought to swift justice-either judicial or vigilante, but were they the sole killers-or even the actual ones, or were they just convenient scapegoats? I have my doubts, especially following the recent revelations regarding the assassination of Malcolm X.

The justice which meshes with that described by Baha’u’llah is potentially an arduous process, one that merits careful contemplation, on this Day of the Covenant, which leads us into the American Thanksgiving. That it is so, does not diminish its importance in our lives. 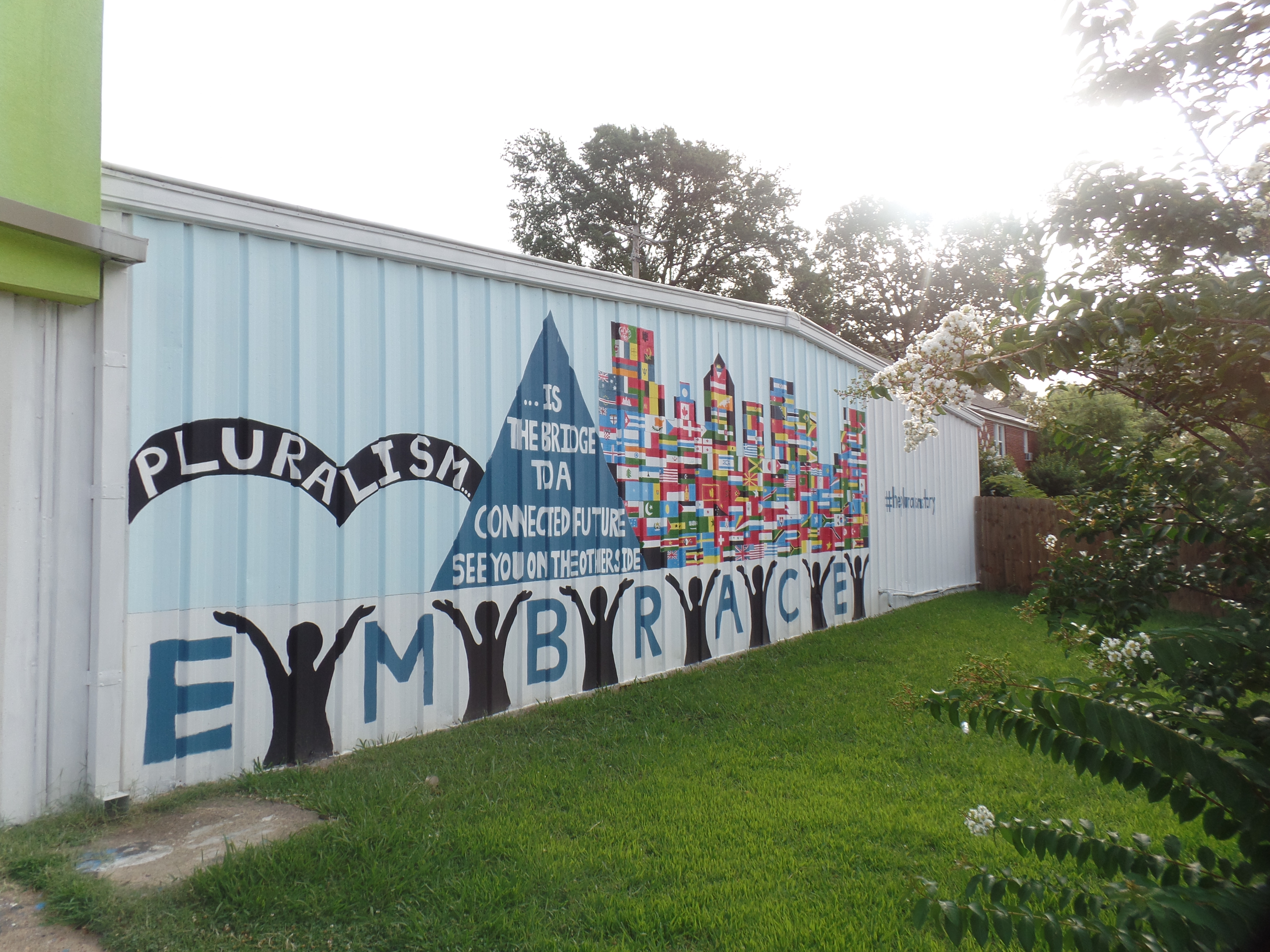 From the time I was a nine-year-old, trying my best to vicariously understand why Black people were struggling for the same rights my parents seemed to have, I have been fascinated by people like Martin Luther King, Jr., Malcolm X and Fannie Lou Hamer.  Rosa Parks and her story came a bit later to my consciousness, when I was in high school, and the works of Langston Hughes were part of our tenth grade English curriculum.

The murders of Emmett Till, the children in the Birmingham church bombing, the Civil Rights workers in both Alabama and Mississippi, Medgar Evers- all hit me hard.  I remember my Dad being pissed about the assassination of Malcolm X- “He was just starting to be reasonable”. It struck me that maybe that dialogue with White America was what got Malcolm killed; that maybe the powers that be don’t want the common folk to get along.  His death turned me from Goldwater youth to angry leftist radical.  The common denominator, for both alt-Right and Far Left seems to be the sense that the poor are just fodder-for those with money to burn.  1968 just added gasoline to my fire.

Time has made me recognize the complexity of the whole ball of wax.  I remain committed to a solid implementation of social justice, though, and visiting the National Civil Rights Museum brought me to my knees, in silent, shaking tears.

Martin Luther King, Jr, indeed made it to the mountain top. While his last physical gaze was at the eastern edge of downtown Memphis, his spiritual gaze saw the heights of recovery from a deeply-embedded misogyny, from a dalliance with classism and Marxism and from narrow focus on the cause of Black folk.  He spoke of, and was moving towards, leaving no one out:  Opposition to the Vietnam War was a part of his new credo, but so was the plight of hardscrabble farmers and miners in Appalachia and the Ozarks. Forging ties with La Raza Unida and Native American activists was a rising tide, but so was listening to the children of European immigrants who were living increasingly precarious lives, in poor urban neighbourhoods and rural slums, alike.

So, my morning was focused, in three museums in and around  Lorraine Motel. 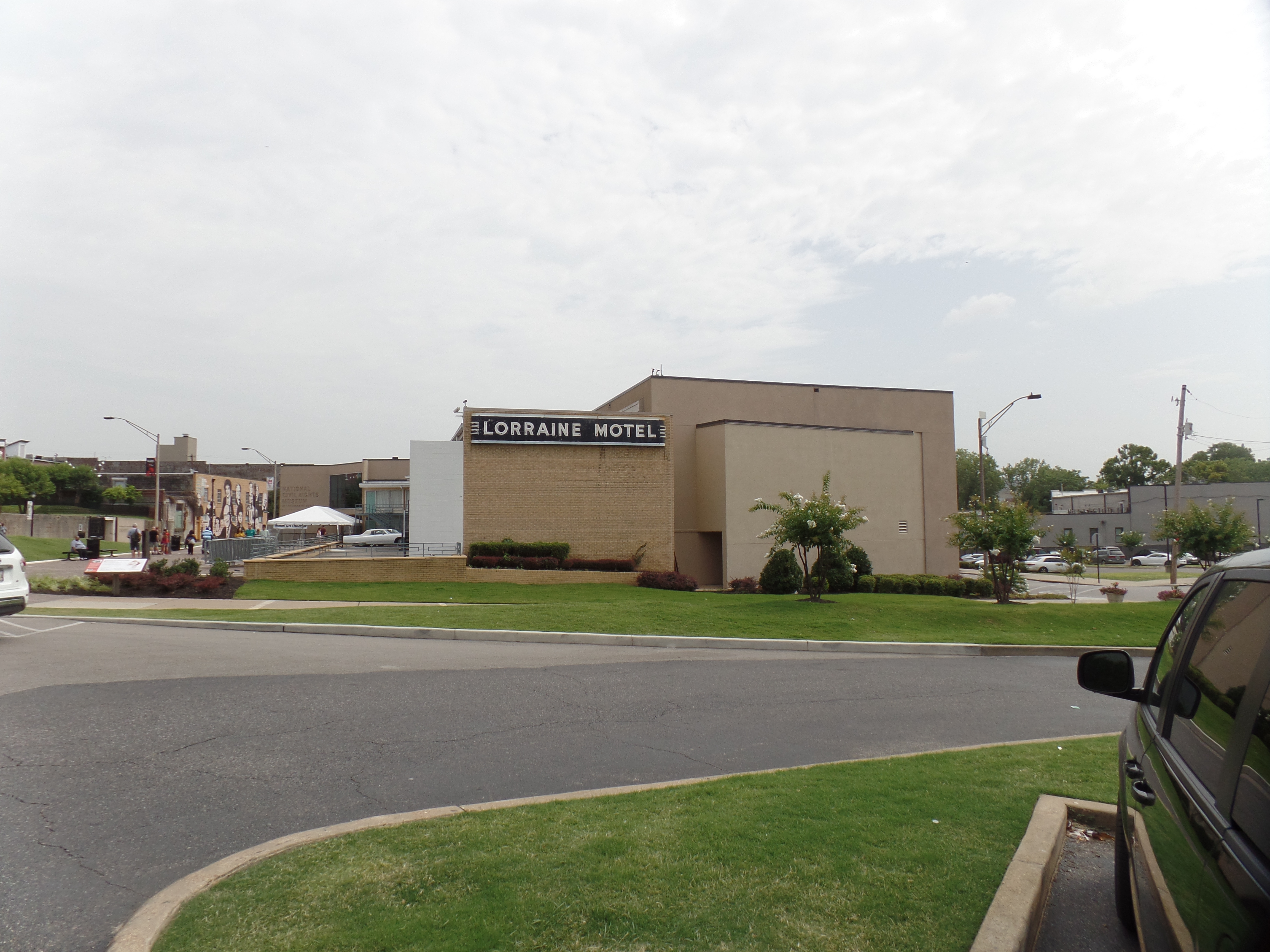 This establishment had been one of a relative handful of inns, across the country, where African-Americans could stay in safety, whilst traveling. 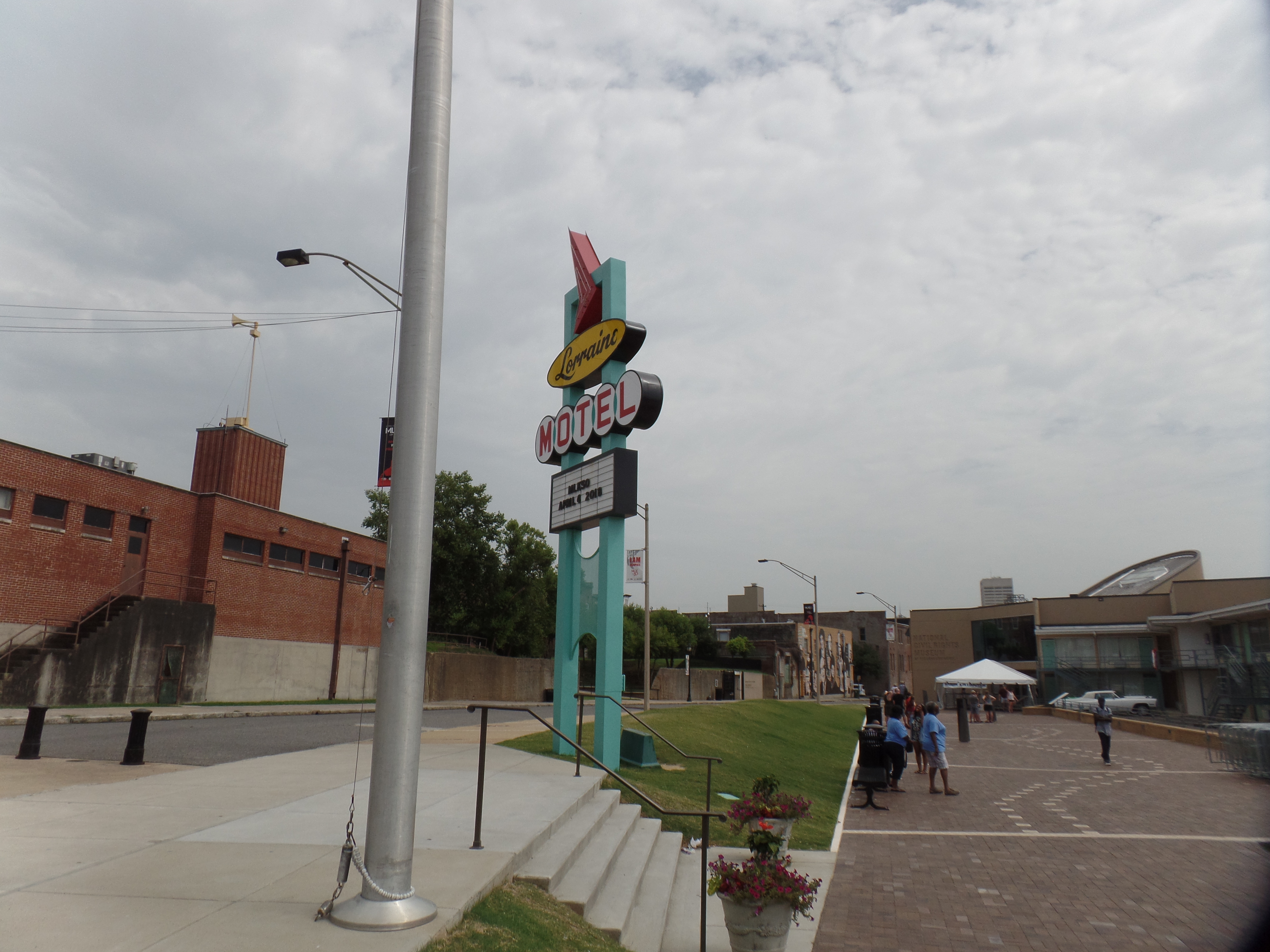 In the main hall, there are replicas of key episodes in the Civil Rights struggle. Below, is a depiction of Rosa Parks, taking her rightful place on a Montgomery bus. 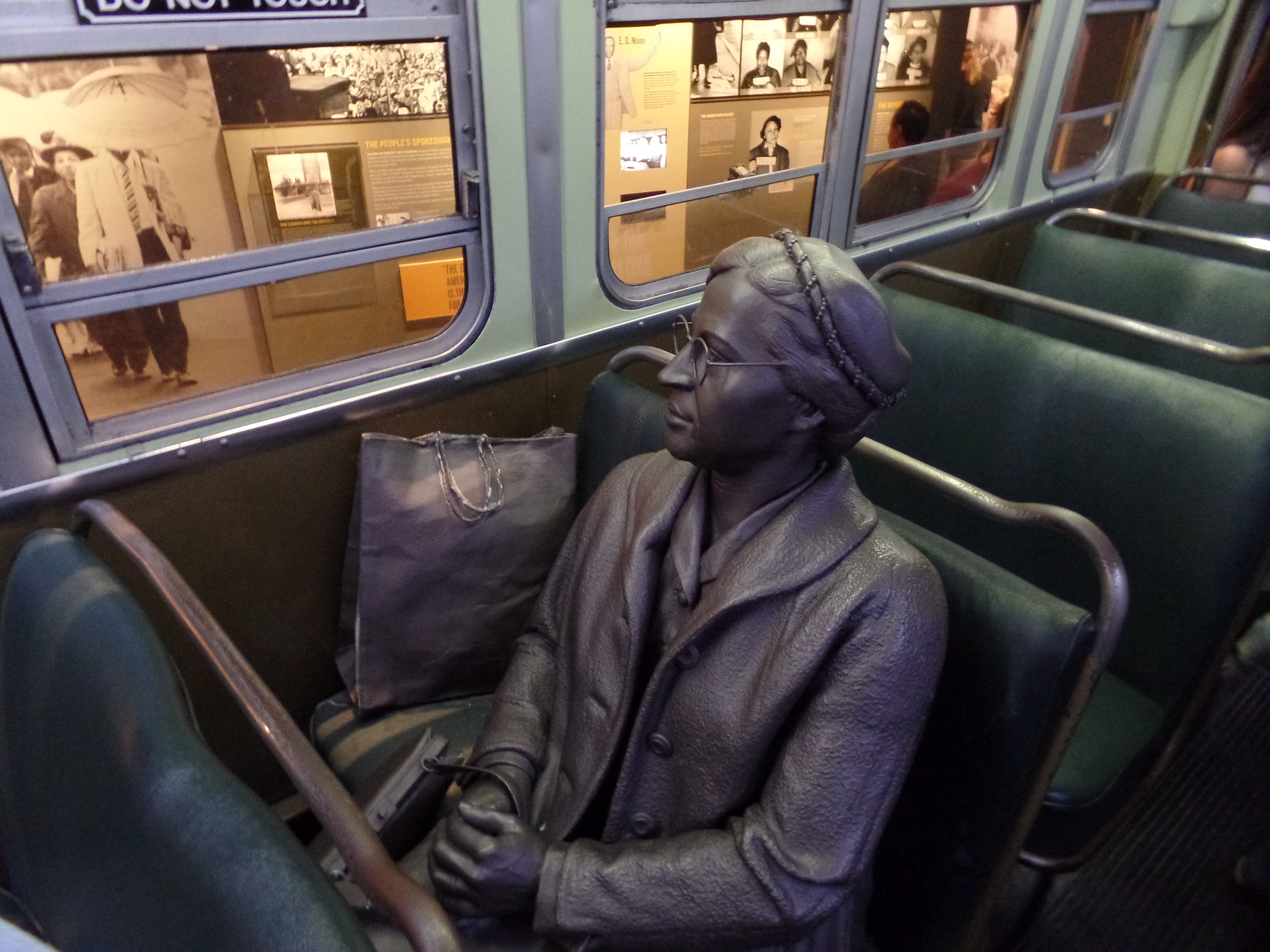 This credo has been, to varying extents, followed by the greatest of those who have sought to bring about meaningful change. 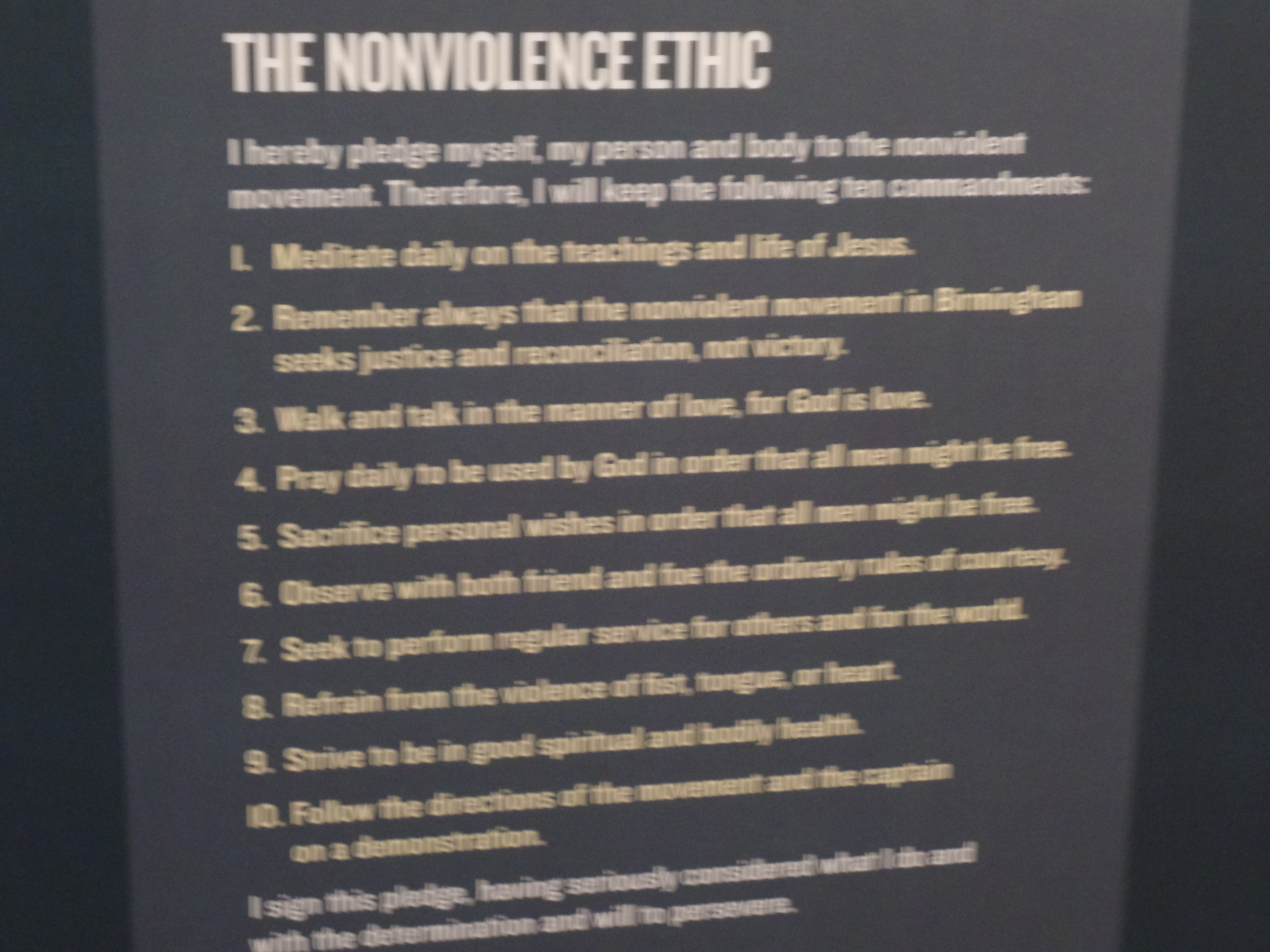 Those kids were my age, or younger, and that this did not matter to the bombers will forever burn in my heart. 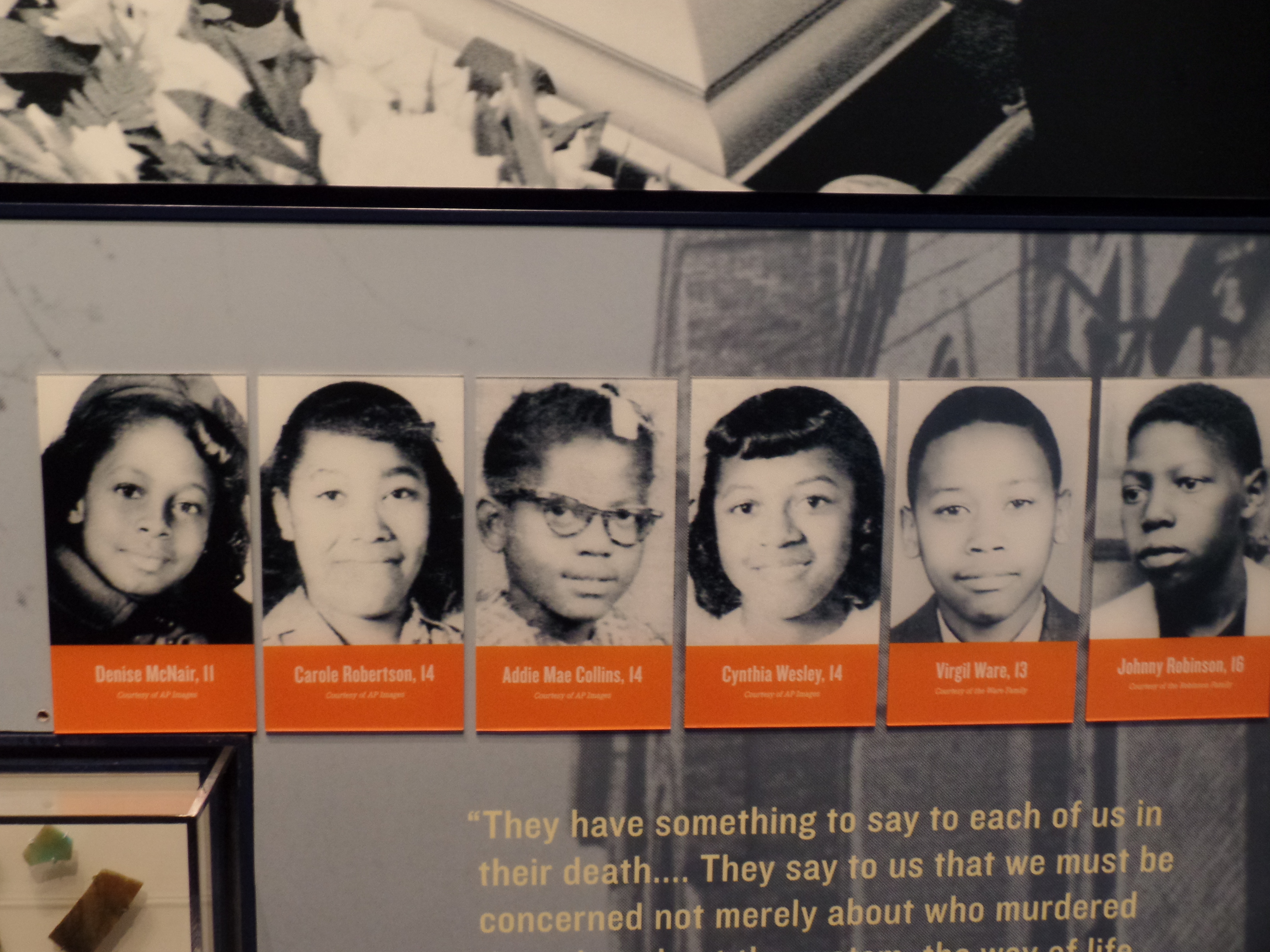 These two bedroom photos show the room occupied by  Dr. King (top) and by one of his top aides(bottom). 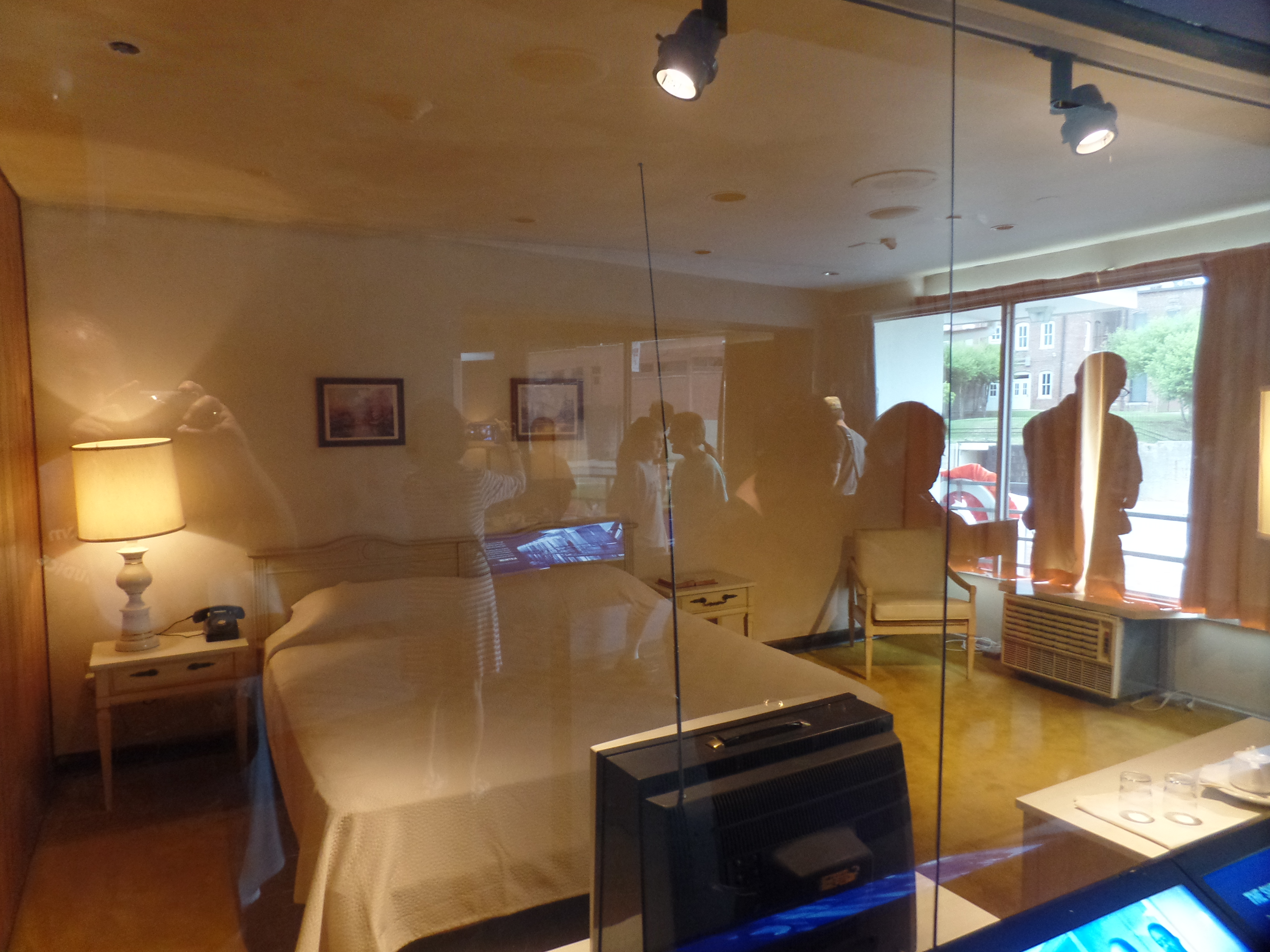 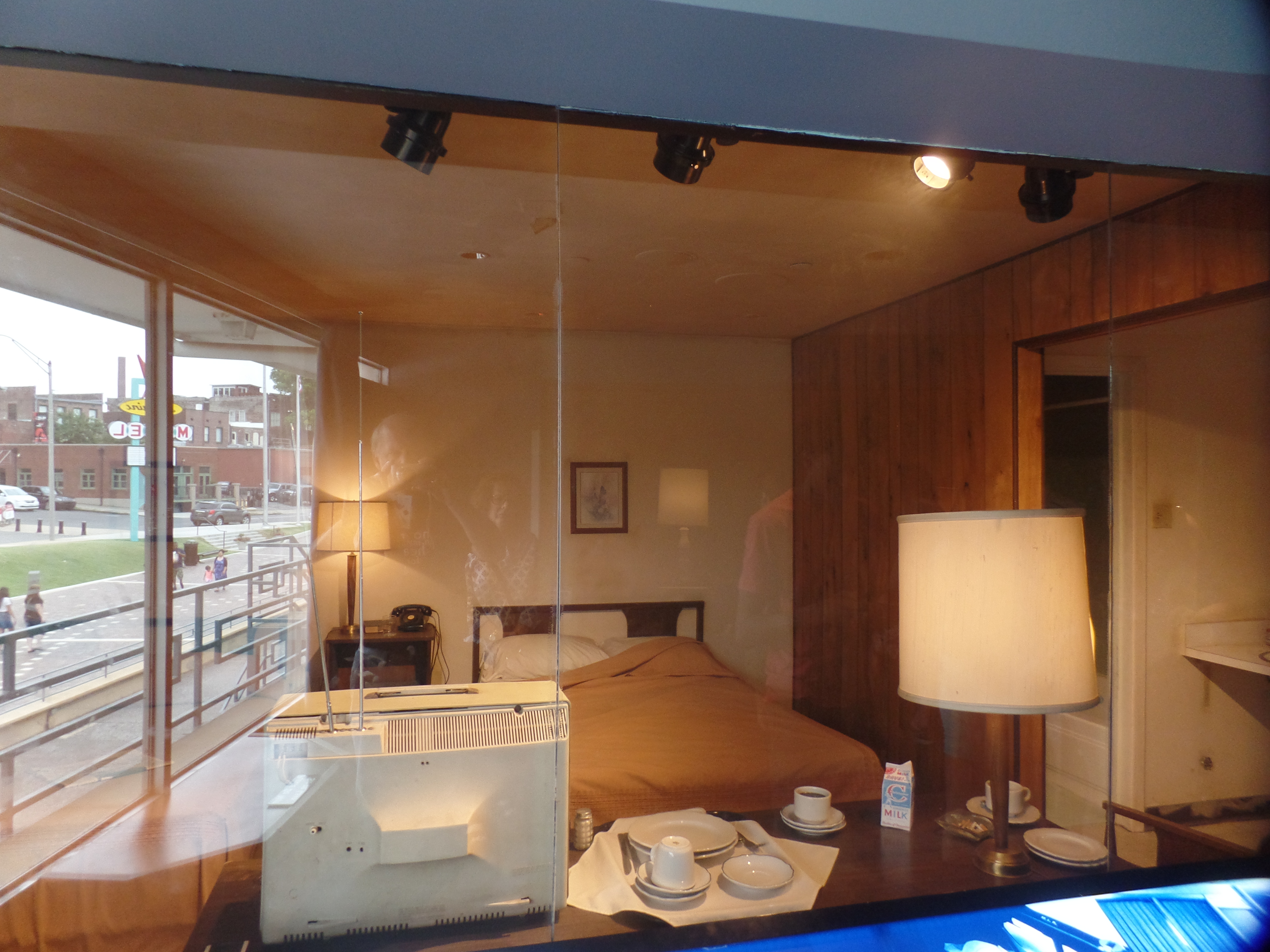 This museum, across the street from the Lorraine, features two floors that exhibit details and archives of the assassination and the investigation into James Earl Ray and his suspected associates.    The  killings of other key figures of the Civil Rights Era are also examined here. 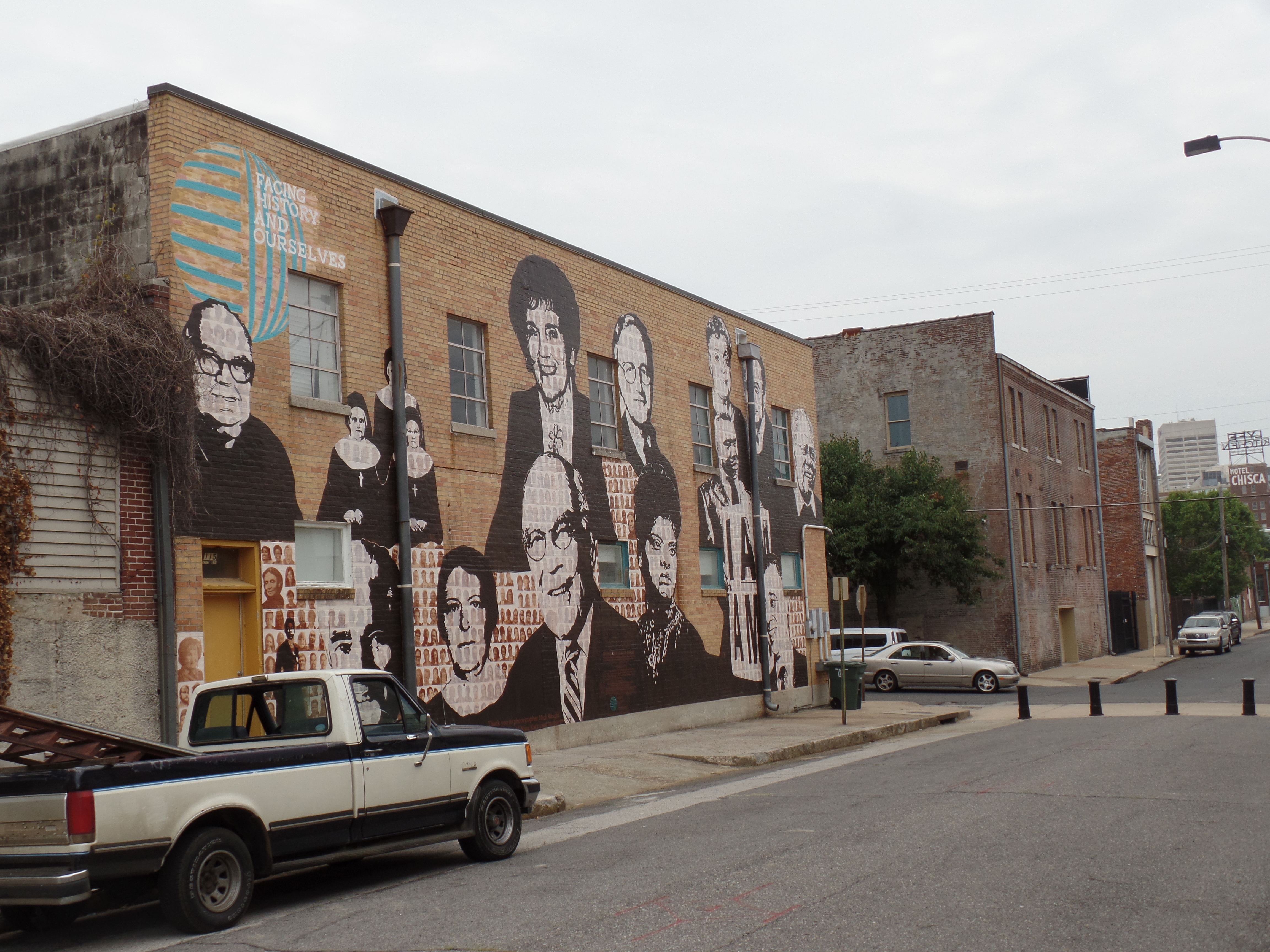 My evolution, as a compassionate soul, is far from finished.  Being a “woke white man” is a worthy goal, but I still feel a bit drowsy.  This has nothing to do with my visiting places associated with the Confederacy or pondering conservative statements:  One must know what the “other side” thinks, and why, if there is to be a lasting peace in society, and in the world.

Lastly, before heading to the musically significant Beale Street, I stopped for a late lunch at one of Memphis’ oldest eateries.  The Arcade has been around since 1959.  The crew definitely made me feel at home, at the counter.  I’ll be back again. 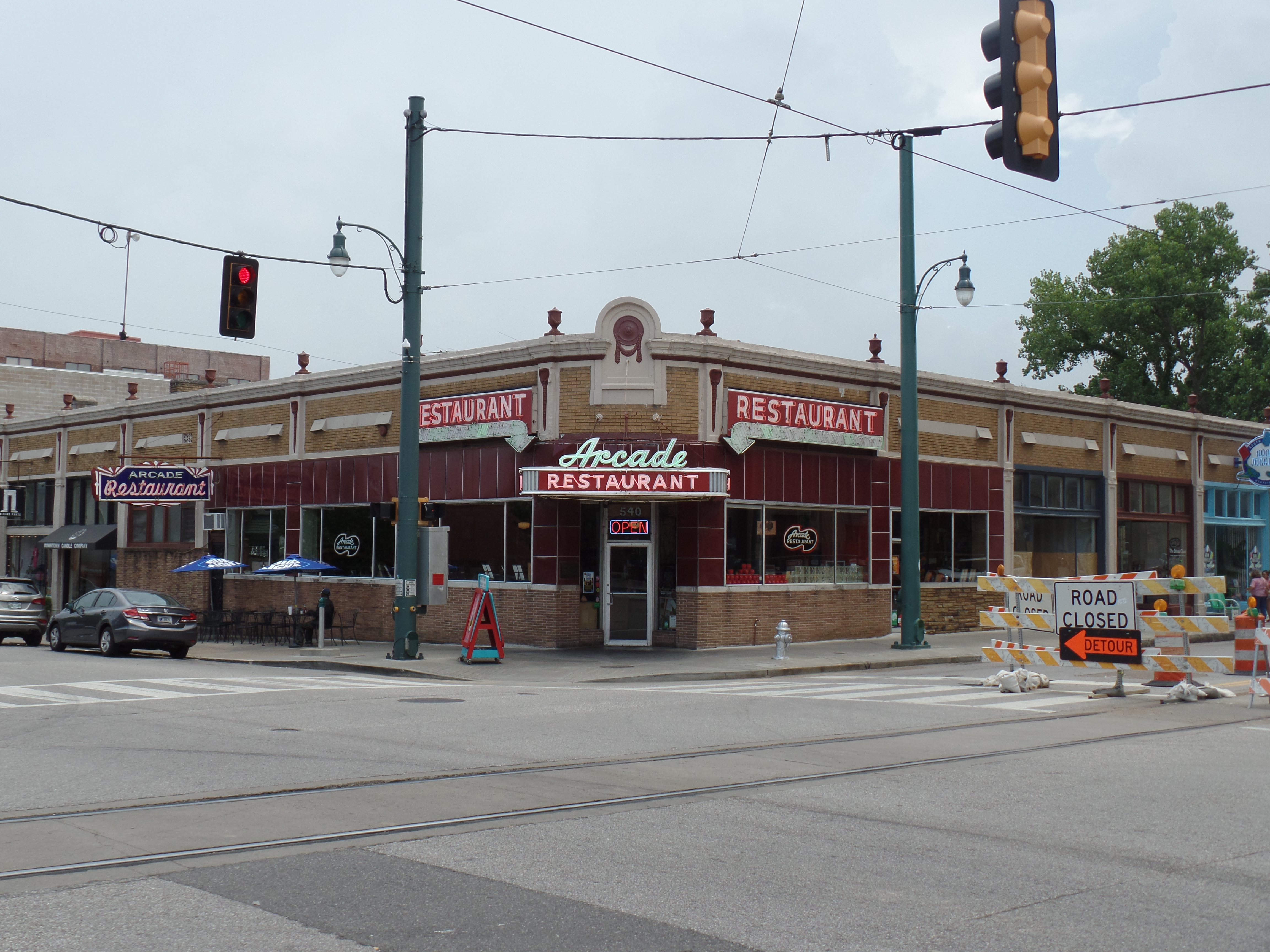 December 10, 2014, Prescott- It seems so much these days is decided by emotion, accompanied by sloppy fact-checking, and the need more and more people seem to have, for external verification.  These processes don’t bring communities and nations together, and never will.

I have lived a fairly solitary life, for the past 3 1/2 years.  My family members all have full cups and don’t need anyone else’s concerns to address, no matter how great or small those are.  It’s for that reason that I have learned to rely on my own resources, and it’s why I am leaning more and more towards taking the bull by the horns, with regard to a full-time disaster prevention and relief position, in mid-February next year.

I have friends at all points on the political spectrum,  while maintaining my own sense of right and wrong.  My Dad was a social and fiscal conservative.  My mother is a social liberal, who nonetheless ran a tight ship, based on us taking responsibility.  So, I was compelled to listen to both points of view, growing up, and have the bounty of seeing many shades of opinion today.

I will not, though, go along with anyone who advocates oppression or harm to an innocent person, or group.  There are those who derive their power and satisfaction, from dividing people and groups.  We see this in everything from the camera hogs and pundits who are first on the scene of an episode of unrest, to the Deep Pockets who fund entities which seek to keep information from the people-at-large.

My parents liked and respected Martin Luther King, Jr, the Kennedy brothers, Cesar Chavez and even Malcolm X, after his return from Hajj.  My latter-day heroes are mostly international figures:   The late Nelson Mandela, Aung-san Suu Kyi,  Malala Yousafzai and the new President of Indonesia:  Joko Widodo.  Those who can see beyond the current atmosphere of “dodge and cast blame” are the figures who will lead us through the darksome night.