I sat in comfort, on New Year’s Eve, not knowing that a new friend was toughing it out, on snow shoes, of all things, headed to and from Courthouse Square.  When she finally shared this with me, this evening, I could only say:  “Next time, please call me and never mind the time.”

This is how I was raised and how the people in my circle of friends were for one another.  Even in the worst phases of my autism, I knew better than to ever leave a family member or friend in the lurch.  I wasn’t always so good at it, but I did make the effort.

A few minutes later, there came a post from another friend, elsewhere in the country, about a particularly nettlesome difficulty she was facing, due to other people’s inefficiency and lack of communication. I am furious on her behalf and could only say as much, whilst praying for resolution of the matter.

I have faced the harshest of communication and the most endearing that it can convey, over the past six decades and eight years.  I have also had good friends up and leave, without so much as a “Farewell”.  I will not chase after them, and if they come back, I will be as glad to see them, as if they never left.

Caring, in my view, does not mean patronizing or groveling.  In fact, it’s the opposite.  We are here to raise each other up, period.  Tomorrow, I will join my above-mentioned local friend in a leisurely activity, likely taking some children on an ice-skating venture.  This, from one who tried skating three times, as a child, and fell down each time I got up, should be interesting.

December 31, 2015, Prescott-  “You need to step on solid rock!”  So advised an eight-year-old girl, to her grandparents, and anyone else who was listening, as several of us began descending Lookout Mountain, a couple of days ago.

From 1982 until 2014, this day was important to me primarily as my in-laws’ wedding anniversary.  Pop went to his eternity in May of last year, so now New Year’s Eve is, to me, what it is for everyone else: A turning of the page.

Here are a couple of photos of five of my favourite people.  Three others could have been included, but begged off, when we gathered at my brother’s house, last Sunday. Each of us is unique, and while that has caused one among us to feel a fair amount of discomfort, it remains how things are.  Being with those who love me is a great passion. 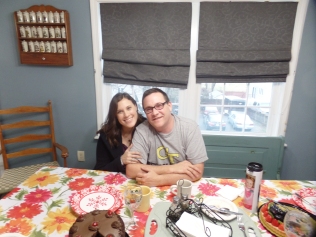 Following  are some scenes of Lookout Mountain, in Phoenix’s North Mountain Preserve.  Hiking remains one of my other great passions.  I took in Lookout, and Shaw Butte, on Tuesday, after flying back to AZ.  The two are moderate hikes, and not striking, scenery-wise, but they do allow some fine views from the top. 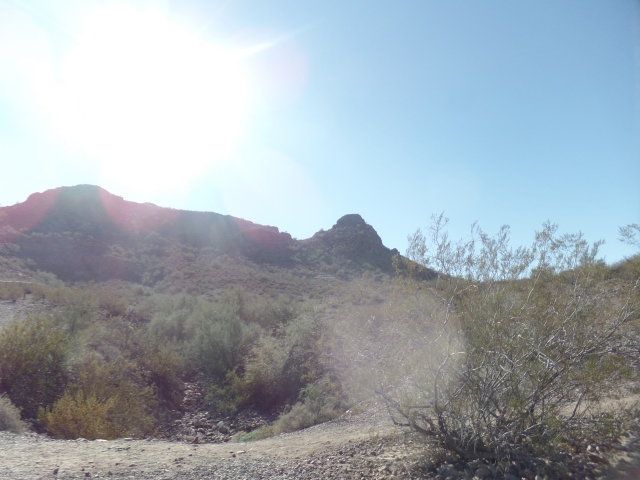 There were several people at each location, including the girl who remarked about solid rock.  Here are some of the other views I found, on top of Lookout Mountain. 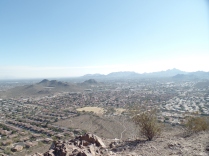 The lower right shot is of the West Peak, a boulder-strewn outcropping, where one of the men in the group climbed up and sought solitude.  I kept on going down, and drove over to Shaw Butte, the other peak in the North Mountain Preserve that I had not yet visited.

Shaw is just north of North Mountain, which Aram and I hiked a few years ago.  This time around, I meandered a bit, checking out a box canyon just to the west of Shaw Butte’s main trail.  Going up the side of the canyon was relatively easy.  The communications towers on the summit are a constant point of reference.

So, my year ends, on narrow, but still solid rock.  Things will get better in 2016, as long as I make them so.