June 17, 2015, Ketchikan- I was fortunate today, to have the hostel agree, European-style, to hold my bags until it was near time for my ride to the ferry terminal.  The ten-day Alaskan experience was coming to a close.  I have enjoyed a fairly good taste of “Southeast”, and this last day on land, in Ketchikan, was no exception.  I had breakfast in two different venues:  A street stall, across from the Cruise Ship docks, which had fairly good muffins and coffee.,and in Sweet Mermaids, where the steel cut oatmeal and fresh berries were accompanied by an hour of WiFi.

When I was first walking around the waterfront, this morning, a man called out- “You, from Arizona!  How do you like Southeast?”   Hmmm, do Arizonans stick out?  Of course, I told him I thought the region was exquisite and that I was having a great time.  Turns out, he is from Scottsdale, and knew the Methodist pastor, who is from Tucson.  Even in a busy tourist venue like Ketchikan, word gets around fast.

This is the street where the stall is located.

I spent some time walking along and observing the fisherfolk.  This craft was in the channel, just off Saxman. 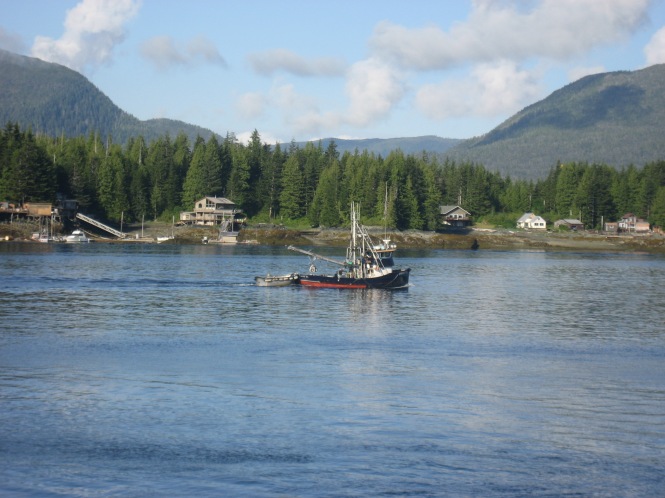 Saxman, two miles south of downtown Ketchikan, is a Tlingit village, named fro a great local teacher, who died in the line of service to his community.

There are several totem poles, both honourific and modern, which comprise a public park.  Tourists wishing to visit the ceremonial hall and carving studio, must pay $ 5 per person, cash only.  The outside, however, is free of charge.  I bought a hand-made rattle, from the Village Store, and will use it at a Drum Circle which some friends back in AZ have, every month.

As you can see, many of the totem poles are well-maintained by their clan moieties. 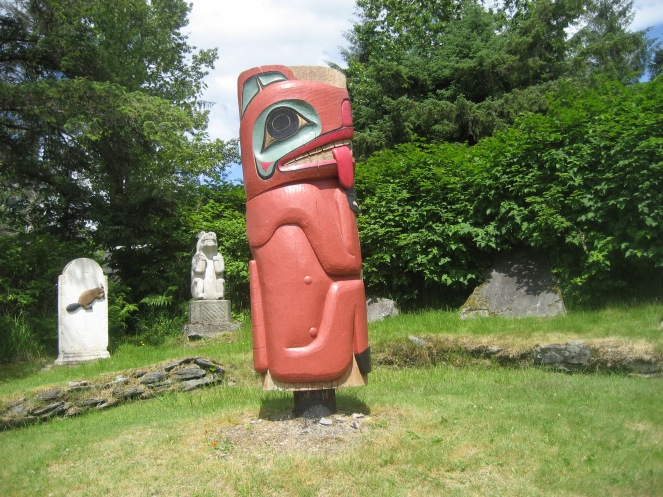 Frogs are seen as protectors and sentinels of the water. 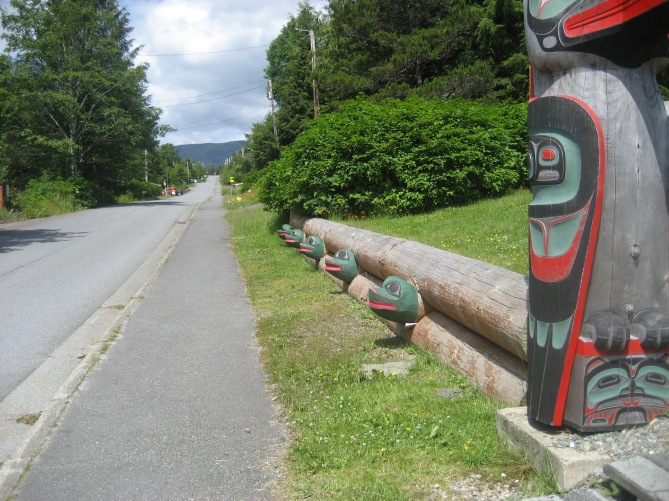 The guardian totems here are properly greeting the visitors.

Here is a view of the totem field.

Abe Lincoln stands in exile, so situated because of his treatment of the Lakota Sioux, to which the Tlingit and Haida people take great umbrage.

This is the exterior of the Ceremonial Hall, where drumming and singing take place. 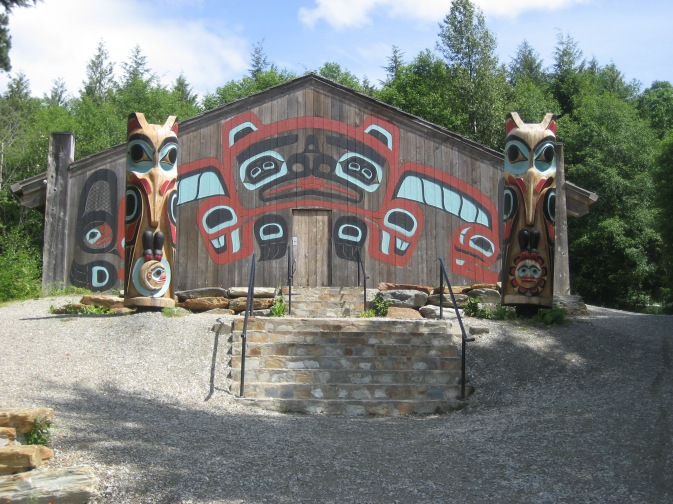 This is the taxi driver’s pride and joy.

Street signs are in English and Tlingit.  The Tlingit language is offered in public schools, throughout southeast Alaska, and in coastal British Columbia. 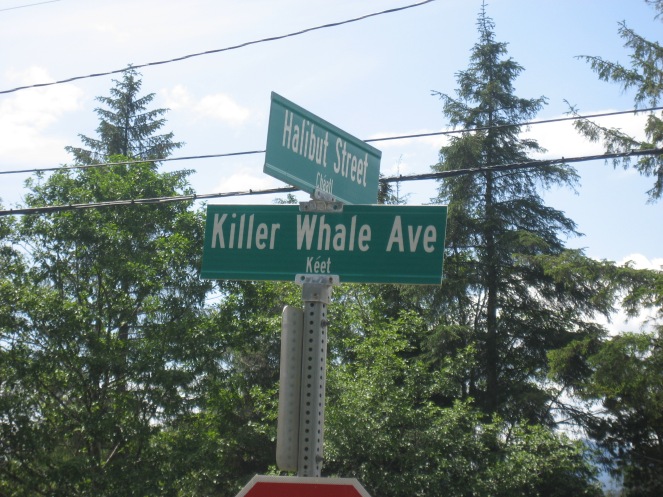 Well, after this visit and a lunch at Polar Treats, downtown, it was time for me to head to the ferry. My Ketchikan friend, Ms. Chapman, took me to the terminal, and I bid a fond farewell to my new friends and communities of this magical set of peninsulas and islands.

The people who work the ship are also embedded in my heart.  After two days together, on the way up, several of the crew somehow remembered me, when I showed up again for meals and around the ship.

A couple of orcas were off the port side of the ship, as we left U.S. waters.

Green Island Light is manned by a Canadian family, who stay for a period of three months, then are succeeded by another family. 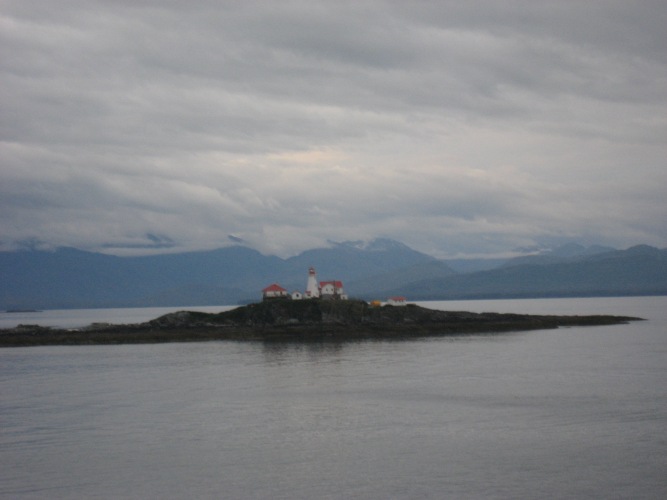 Cold and mist were the Alaskan farewell, as we headed into the waters off British Columbia.  I will be back some day.