June 10, 2015, Juneau- Today was a gray, overcast, thoroughly rainy day, headed north.  It was alternately cold and mild, outside.  The sea was alternately deep and black or shallow and emerald green.  No worries here, though, as I was passing from one fabulous community to another.

The ferry this time was the Matsunaga, named for one of Alaska’s most famous valleys. 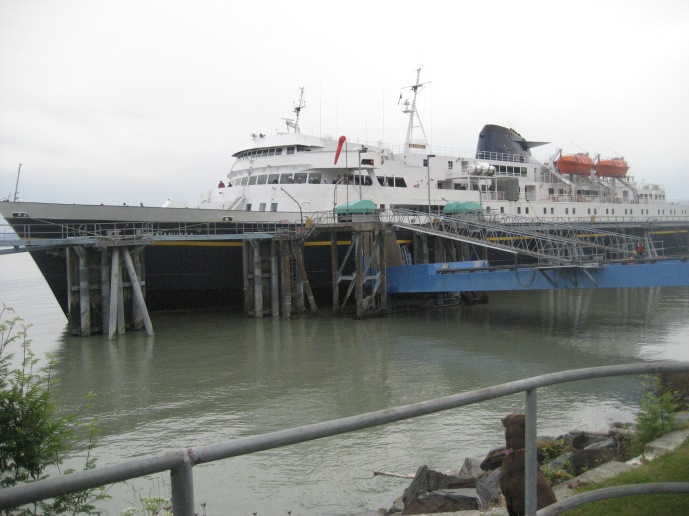 We passed by more exhilarating islands, coves and mountains, which I will let speak for themselves.  It was a pensive and relaxing day. 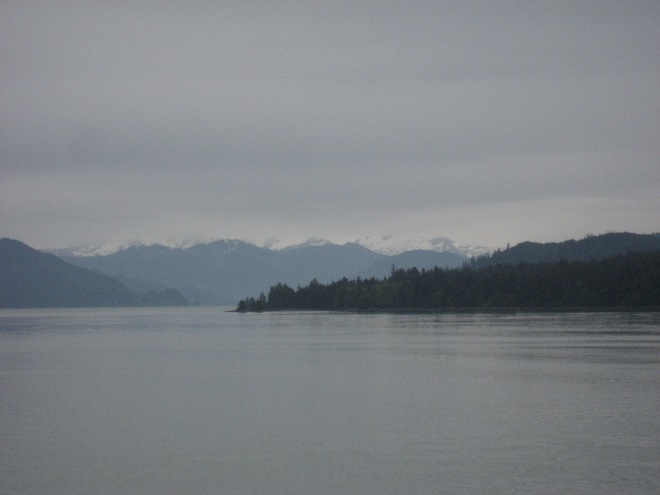 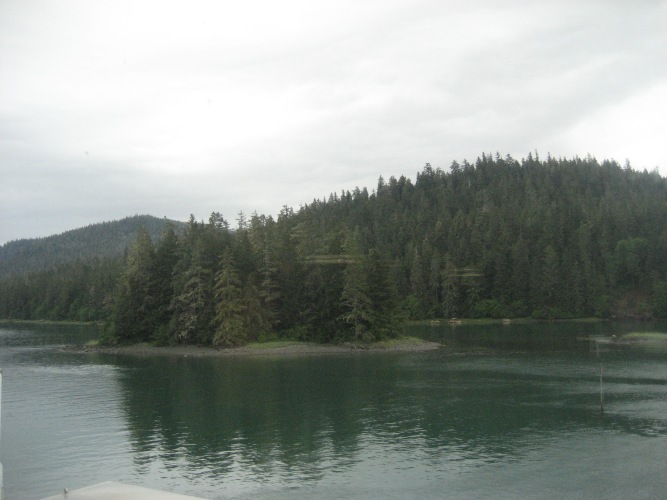 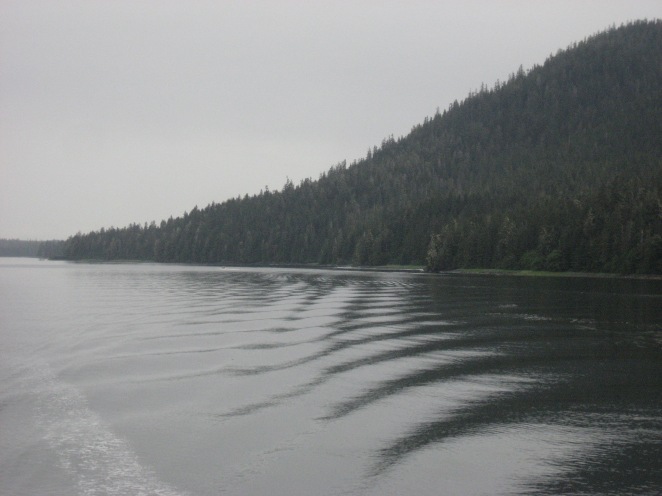 Our only stop, en route, was the largely Norwegian-American community of Petersburg.  I had scant time to leave the ship and explore, so I just stayed on board and was able to take these shots of the town, from deckside.  Note that the homes closest to the harbour are on raised platforms.  This feature reminded me of towns in Louisiana, or the coast of Guyana. 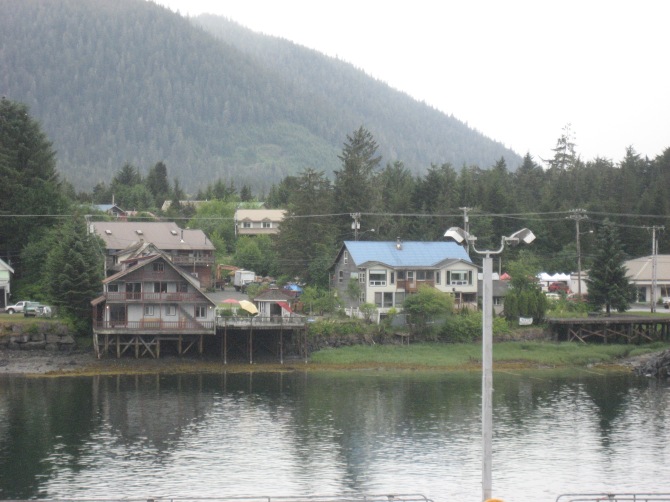 Patterson Glacier meets the sea, north of Petersburg.  The much larger Le Conte Glacier is just south of Patterson.

This wispy cloud, in front of the mountain, cast a disconcerting countenance. 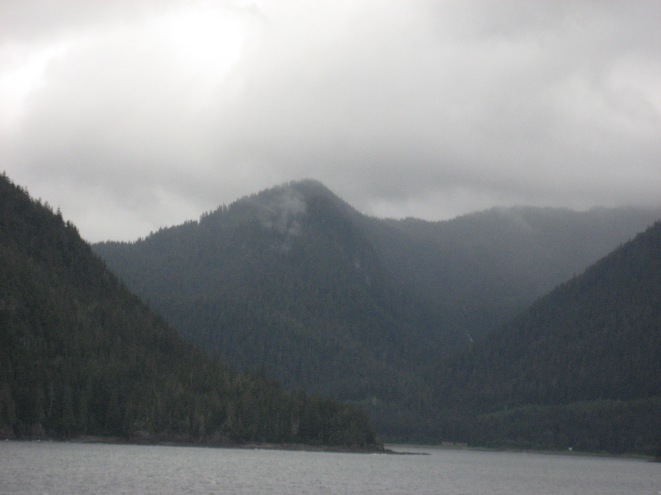 We arrived in Juneau  around 6:15 P.M., and i was whisked to a local Baha’i gathering, where once again, I was welcomed as family.

After this hearty welcome, I headed to Juneau Hostel, where I will spend four nights. during three full days in Alaska’s capital. 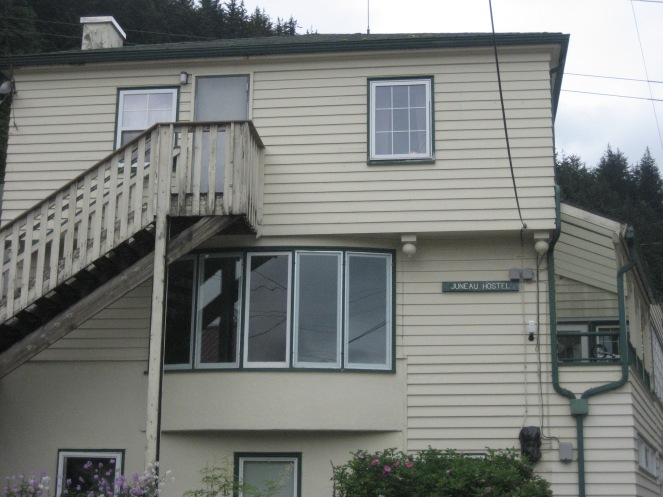