Thirty-eight years ago, today, I met the woman who would change my life, immeasurably, for the better.  Penny and I met in a crowded and very simple house, in Zuni, NM, on the night of a house blessing (known as Shalako). We shared a chair, taking turns sitting down and nodding off, during the all-night ceremony.

We ended up sharing everything else, for close to thirty years, all but one of those years as husband and wife.  As I’ve said before, she’s still looking out for me, in ways large and small, since her passing in March, 2011. 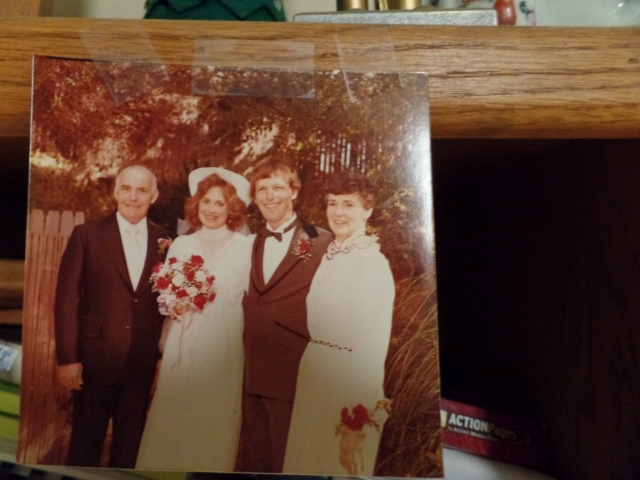 We shared many of the same tastes in food, among other things.  We both appreciated healthy and unadulterated ingredients. So, I think she would have liked Desert Sweet Shrimp. https://arizonashrimp.com/

I purchased a pound of these gems, over a month ago, and made two great meals out of them.  The first order of business, when preparing shrimp for a fine repast, is to shell the Caridea (the correct name of the creatures which are bred in this series of well-derived ponds, in Gila Bend, AZ).  Shelling can be done in a variety of ways- the easiest of which is to soak the shrimp in beer, for 8-10 hours. This leads to the shell falling off, almost automatically. I chose to shell each one individually, sans bier, so as to get a feel for the relationship between the shell and the flesh.  Deveining follows, no matter what method one uses for removing the shell.  Deveining means removing the receptacle holding the shrimp’s fecal matter, so it’s a VERY important step.  The Caridea are then rinsed, at least twice, before being added to a recipe.  It took me an hour to properly prepare the shrimp for cooking. Below is an image (Courtesy of Arizona Shrimp Company-all rights reserved) of the actual shrimp that I purchased.

I prepared most of the shrimp in sopa de camarones (“shrimp soup”), using green onions, chili powder, turmeric and sea salt.   It’s been a favourite of mine, since I first ate it in Puerto Penasco, Sonora, nearly forty years ago.  I used the rest in a small scampi dish, using a recipe posted on In Diane’s Kitchen, https://wordpress.com/read/blogs/114793426/posts/27651 , on September 13.

Both were exquisite meals, which gave me sustenance for over a week.    I hope to visit the actual facility, during a few days in the West Valley and Gila Bend, right after New Year’s.  I also hope the company will continue a presence at Prescott Farmers’ Market, next spring and summer.

This is the first of a series of posts honouring the festive, and deeper, aspects of the great December holidays.    NEXT:  Prescott’s Acker Night.

Now, Here and Somewhere Else

The how to guide to have a solid work life balance

Spreading calm and positivity through this blog