I always seem to return to Arizona, from points east and northeast, by way of Colorado.  My uncle lives there, as do Penny’s next-oldest sister and her husband, several of her other relatives, and an honest, loyal friend.  Then, there’s the Blind Chef.

I went back to the Denver area on September 25-26, specifically to check on my uncle and give a bag of gifts to my friend and her family.  Both were in view of the floods that ravaged the west side of the Front Range, while I was back on the East Coast.  I also had to reassure my friend that I was in a good place, emotionally.

I first took care of seeing to it that my Uncle George was okay.  He was, and he wondered if I was okay.  After dispensing sage advice about widowhood, he headed back to his place, and I took care of my car, overdue for a good service.  The next day, I went up to Fort Collins, and found a town well-along in recovery from its waterborne travails of early September. 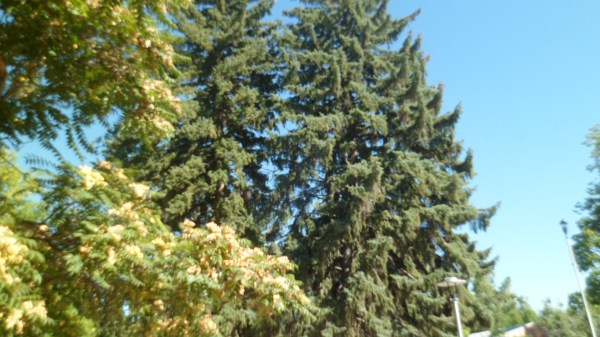 A brief meeting with my friend, surprisingly, left me in a calm, well-balanced frame of mind and emotional state.  I drove down to south Denver, stayed in a rough and tumble motel, and, the next morning, met the Blind Chef, fresh from his having whipped up some chicken chili. 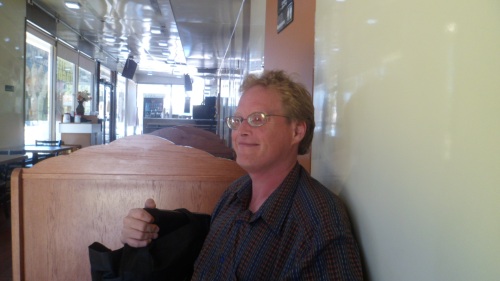 We amused the noon day group at the corner Winchell’s, and, after an hour’s worth of bantering about social media and the joys of cooking, I was off again towards home.  One stop intervened between me and Cortez:  Mike’s Coffee Bar, in Walsenburg, CO.  This, of course, made up for the lack of wifi at the Winchell’s, earlier.

I arrived in Cortez about 8 PM, and easily convinced myself that AZ would be better off without me for one more night.  A good night’s sleep always makes for a better homecoming, anyways.  On September 27, 2013, at 12:45 PM,  I pulled into my garage in Prescott, and this year’s marathon came to an end.