Saturday, November 30 led me up the coast to Orange County, as has been my wont, over the past several Southern California visits.  I’ve been to all but two of the OC beaches, and elected to return to San Clemente Beach, for a short while on Saturday morning, so as to enjoy an early lunch and breathe a bit of salt air. 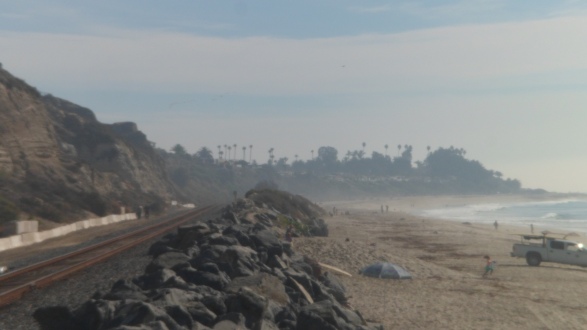 Not knowing what the traffic situation would bring, I headed north a bit, along the coastal highway.  Glancing over at I-5, I spied, with my little eye, a line of traffic inching its way towards the Capistrano Beach exit.  So, the coastal drive continued, as far as just north of Dana Point.  I was able to easily cut over at Crown Valley, and followed the various highways up to Brea, leaving me plenty of time to enjoy Carbon Canyon, home to Orange County’s only remaining grove of Coastal Redwoods.  The area is in what was once the oil-producing town of Olinda, now submerged by a reservoir that was created by the Carbon Canyon Dam.

The first part of the regional park is standard SoCal wilderness, with a fledgling botanic garden, for effect.  The dam has left two small reservoir ponds that are linked.  Standard SoCal means plenty of manzanitas and California Live Oaks, but there is the promise- of redwoods. 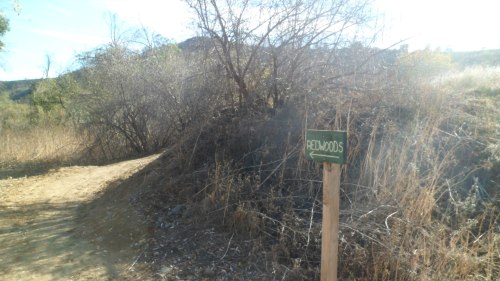 After a mile or so, there they are.  No, it’s not a Christmas tree farm. These are for posterity, and new trees are growing!

The ponds are also a source of enjoyment to the people of Brea and Yorba Linda.  There were almost as many people along the shore as there were enjoying the redwoods.

On the way back, one is reminded that this is still an extension of the Sonoran Desert.

Immediately to the east of Carbon Canyon lies Chino Hills State Park, with several gems of its own, extending from Olinda to the town of Chino Hills, nearly 20 miles eastward.  This is a place to explore another time, but for now, here is the west end of Telegraph Canyon. 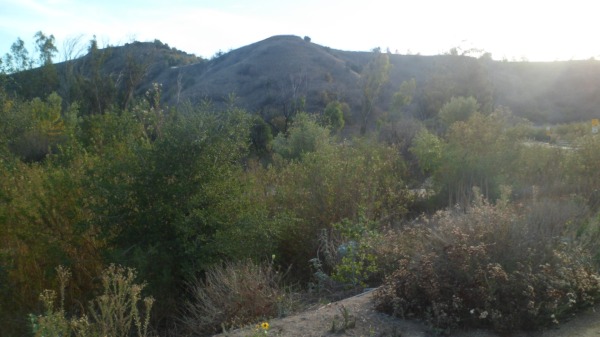 Doubling back through Carbon Canyon park, on my way back out, I spotted a bit of tree hugging.

It was a good point in time for time travel, of sorts, so I went to downtown Brea, and found some blasts from the past.  Next post:  Back to the seventies.

2 thoughts on “OC’s Wild Side”