Redlands, CA is one of those towns one could zip past, on the freeway, and totally miss out on one of life’s grander moments.  The town’s whole raison d’etre is the advancement of learning- from its university, established by the Seventh Day Adventists, who were the community’s prime movers, to the Lincoln Shrine, which honours  our 16th President, while promoting the study of civics and, of course, A.K. Smiley Public Library, established for the people of Redlands in 1894.

I first became familiar with Redlands, and nearby Loma Linda, when I first dated Penny, in 1981.  We visited her Seventh Day Adventist relatives here a few times, but I never really took photographs of the area, until Sunday, March 23, as the last leg of my most recent SoCal adventure.

Here are some views of the mountainside, and of downtown Redlands.

The Post Office set the tone for my expectations of Redlands architecture. 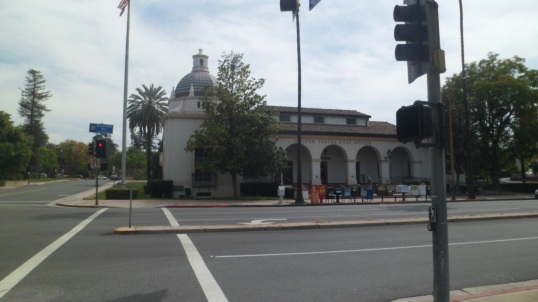 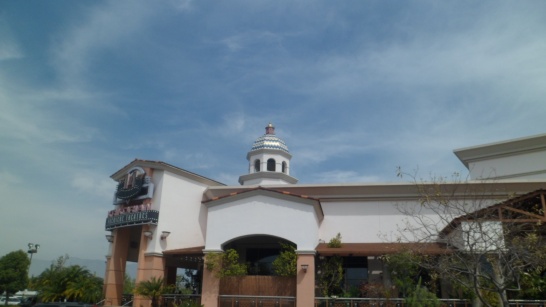 It was the Smiley, however, which really stood out and dominates the scene, from its place on the mountainside.  Two of Redlands more prominent early citizens greet the visitor.  They are, of course, Albert K. Smiley, and his brother, Alfred.  Each year, green hats are placed on the two, in honour of their March birthdays.

The next two shots give an idea as to the size of this edifice. 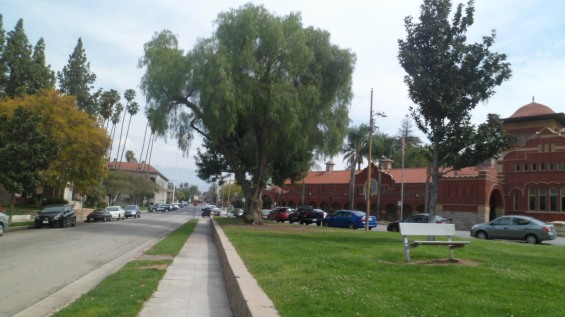 Below, the main entrance is given some justice.

Stained glass adorns most of the windows. 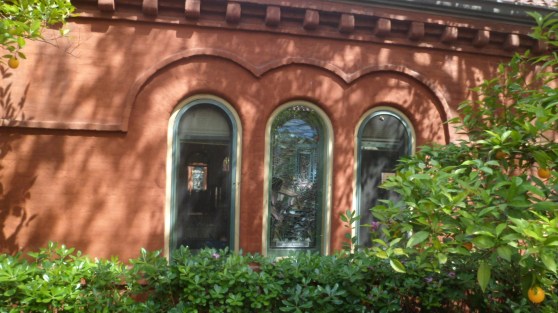 As is the case in most buildings of the time, garden courtyards may be found on either side of the main corridor.  Cherry blossoms are as prolific here, as anywhere in southern California.

Orange trees symbolize what brought material prosperity to San Bernardino County, as well as nearby areas of the Los Angeles Basin, pre-suburbia.

As devout as SDA people are, they also have a playful side.  Here are a couple of signs of Spring, topiary-style. 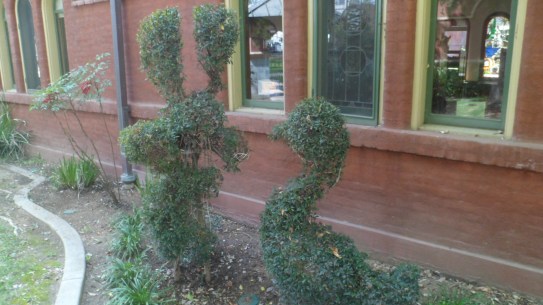 The cavernous Main Reading Room lends gravitas to the Smiley, as well. 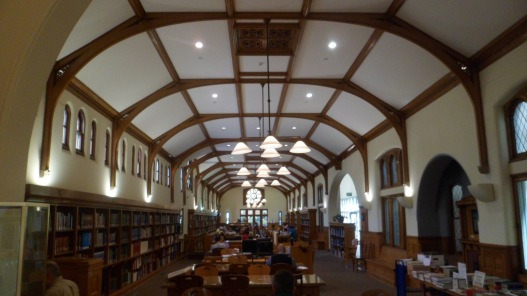 Immediately to the south of the Library is the Lincoln Pavilion. 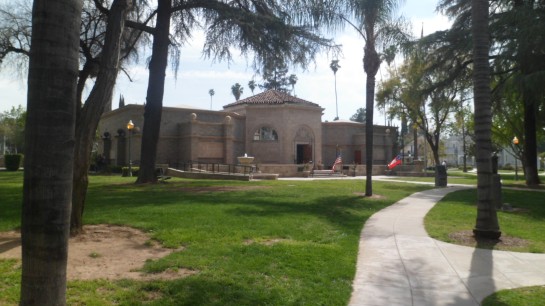 Honest Abe, and an impressive collection of  Lincoln memorabilia, are on display within.

I spent about 30 minutes inside, then went across the street, for a look at Redlands Bowl, the municipal amphitheater.  A photo shoot, featuring a fashion model, was in progress when I made my visit.  Without disturbing the young lady in her work, I got a few shots of the venue.  Note the many Italian Cypress planted here. 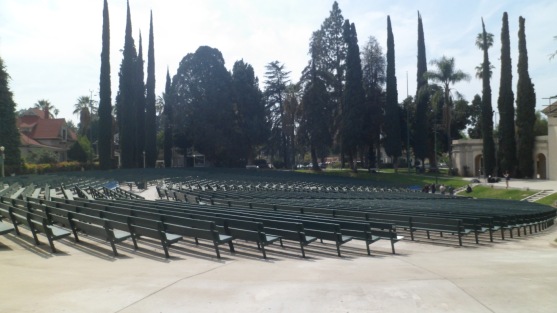 After this, it was time for a stroll downtown.  I was delighted to find an ice-cream shop, which features made-to-order, nitrogen-infused delicacies.

After enjoying some salted caramel ice cream, I noticed that Mom and Pop are working hard for local children. 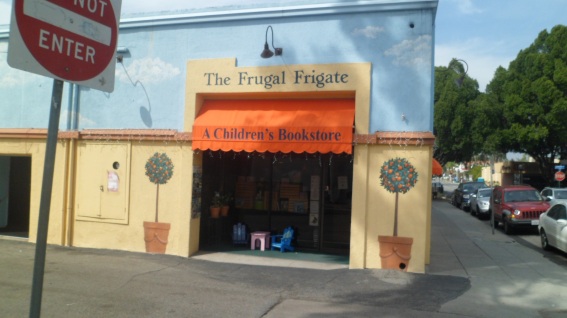 Downtown Redlands, on a Sunday afternoon, was serene, even with a modest crowd meandering the streets, including some local teens, who were shadowing me from a safe distance, while giggling and goofing around. 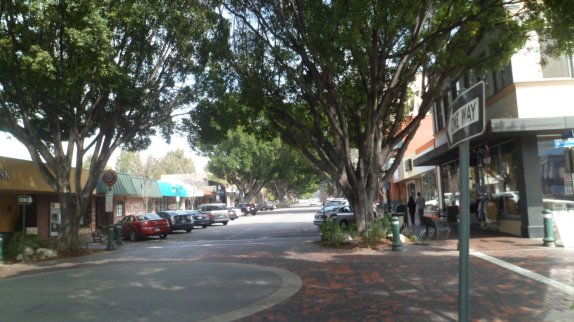 Redlands homes are mostly well-kept, and surrounded by greenery.

So, another lovely trip to the Golden State came to a sweet end, courtesy of yet another fine locale, in the underrated Inland Empire.

2 thoughts on “Trailheads and Paths, Issue 15: Lamplight of Learning in the Inland Empire”