I came to this sometimes struggling, but always fascinating harbour town last night, settling in to Hostels International- Baltimore, in its historic Mount Vernon neighbourhood.  The hostel is clean, comfortable and staffed by friendly folk.  The night manager moved his car over, so that I could fit mine into the relatively safe space, behind the hostel.  This little patio, if a bit cramped looking, was a relaxing spot for breakfast.

I had last stopped and spent time in the city in 1972-what seems like eons ago. Then, it was to visit with an Army buddy and his family, in the suburb of Essex. I had arrived too late at night to call on them , but fortunately found a kind soul who put me up for the night, in Mount Vernon, as luck would have it.  I lost track of my buddy, only knowing that his brother died, three years ago and their parents, who I treasured, sometime back.

Bal’mer, though, has kept on, and keeps itself rather polished.  I took a short walk around Mount Vernon, this morning, taking in The Basilica of Baltimore, its Roman Catholic Cathedral and a few other sites at the northern edge of downtown.  The Basilica of the  National Shrine of the Assumption of the Blessed Virgin Mary, as it is officially known, was completed in 1837, thus its late Federal Period architecture. It is the first Roman Catholic Cathedral built in the  United States, having been built by John Henry Latrobe, the “Father of American Architecture.” 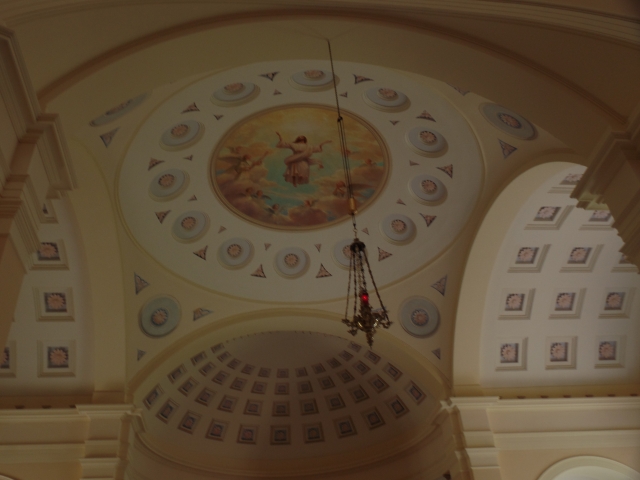 Enoch Pratt, a  local industrialist and philanthropist of the mid- 19th Century, helped establish Baltimore’s Central Public Library, in 1882.  It is another anchor point of Mount Vernon and Cathedral Hill.

The New Unity Church Ministries is a balance to the large presence of the Cathedral.  Beyond, you can see the high rises of downtown’s edge.

I left Mount Vernon, around 10 a.m. and headed off in search of Edgar Allan Poe House. It is in a mixed income neighbourhood, at the edge of a public housing project.  The area residents were a bit surprised at my presence there-mainly because the house is only open from Thursday-Sunday, and then only from 11-4.  Nonetheless, today was when I was here, and so I did get a photo of the exterior. 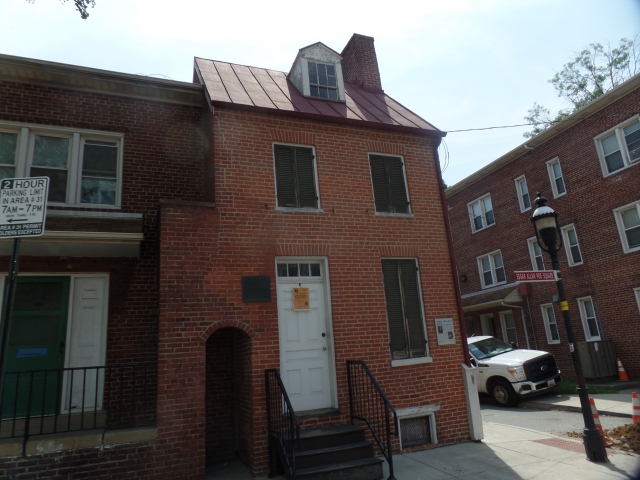 With this brief, but pleasant, visit to central Baltimore a fait accompli, I headed to this day’s main focus:  Fort Mc Henry.