With apologies to the campy 1970’s band, Mott The Hoople, the above title just jumped at me.  Driving clear across Tennessee in one day would ordinarily be wasteful-no Nashville stops, blowing past Jackson and no diversion to Shiloh or to the Land Between the Lakes. Time is getting short, though, for my stated intention is to get back to Prescott, sometime on July 4, rest up and then do a few days of service at a Baha’i camp, west of Flagstaff.

In the meantime, though, a day or so in Grind City has been long overdue.  I had contacted a friend in the Nashville area, and she turned out to be busy, so after saying farewell to Laureen and Chuck, and making a snap decision to take lunch at Country Kitchen (cute waitress wanted to go to Memphis with me, but that’s another story), I headed out of Crossville, bypassed Nashville and bore on to Jackson, making a brief refueling stop.

Hostel Memphis is a faith-based center, properly called Pilgrim House, in the midst of Memphis’ hip Cooper-Young neighbourhood, in Midtown.  In addition to the hostel, the organization offers separate programs to assist the homeless and needy families.  No Memphis residents, save the staff, are allowed to stay in the hostel.  Shelters are dispersed, elsewhere throughout the city. 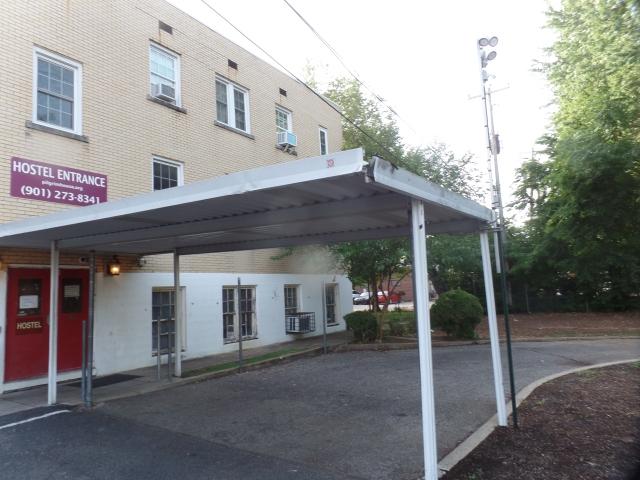 and was permitted to exit here.

This evening was well-spent, on a Cooper-Young walkabout.

In the immediate vicinity of the hostel, there is a food bank, with a cafe for low income people.  It would not open until 11, on Monday morning, so I had no chance to visit, with the Museum of Civil Rights being on my itinerary, by then.

The storage unit of Pilgrim House is right next to a playground, so it is dressed up for the occasion.

Walking further, to the corner of Cooper and Young, I found a number of inviting restaurants and chose Young Avenue Deli. 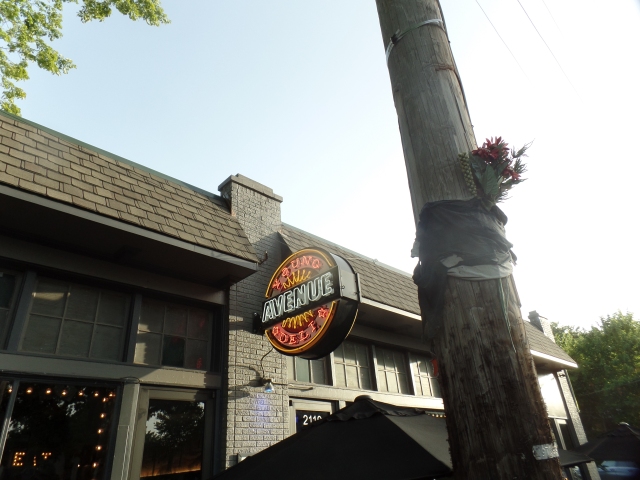 The atmosphere was one of modest young partyers, still all having a great time.  I took a table by a window, watching both the antics of a little girl “feeding” her stuffed animal, on the outside patio, and those inside, teasing one another and posturing for people they found attractive.  I find it life-affirming, to be among the younger generations, making the world over, as they see fit.

After a satisfying Reuben plate, served by a steel and velvet, tattooed waitress, I strolled further down Cooper Street, finding unique little shops.  This little shelter is devoted entirely to the needs of cats. 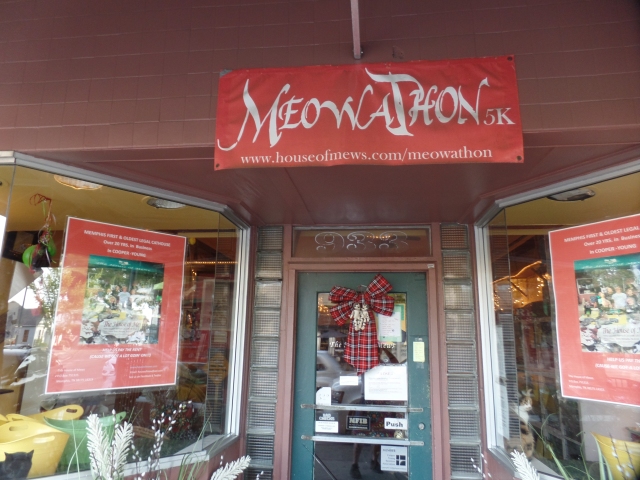 It is neither safe, nor legal, to climb up the berm to this railroad overpass, but it surely is a joy to see from below.

This mural, across the street from an ice cream parlour that’s attached to Railgarten Diner, is one of several that celebrate Memphis’ diversity.  I felt very much at home here, whilst walking and licking away at a double scoop mint chip cone.

That, in a nutshell, is, to me, the whole purpose of traveling as I do:  Expanding my feelings of being at home, and of who my family is.

NEXT:  The National Civil Rights Museum