A week or so ago, one of Arizona’s premier hiking columnists, Mare Czinar, wrote of a new trail, branching in elliptical fashion off the Prescott Circle Trail, which I have hiked and chronicled, in the past three years.

A group called “The Over-The-Hill Gang”, loosely named for a Western movie set of characters, has taken it upon themselves to build this, and other new trails, as well as maintain older trails in the area.  I value their efforts.

The West Loop Trail begins at a large, new parking area:  White Rock.  Prior to this, those who wanted to hike in the region west of Thumb Butte had to leave their cars parked just off the road, or into the brush.  White Rock is a decent compromise, between “no footprint” activists and those who object to cars clogging the side of the well-traveled recreational road.

The West Trail’s initial segment is .5 mile in length.  It features several granite and limestone boulder formations, so despite its brevity and flatness, this small sector is worthy of keeping one’s eyes open.  I reassured a tired little guy, doing the home stretch with his parents, that he was almost done.  It was nice to see that kept him going, instead of having Mom or Dad carry him.

The boulder fields are off-trail, thus making for a quick, easy start.

As with any large number of rocks, the imagination can show a given boulder to have a human or animal likeness.  I see the boulder in the background as George Washington.

Poking out from between two boulders is a charred tree limb, with the likeness of an angry snake.

These sandstone boulders are laid out, almost looking like segments of a large worm.  It was about here, that I turned left, onto the Javelina Trail, a part of Prescott Circle. 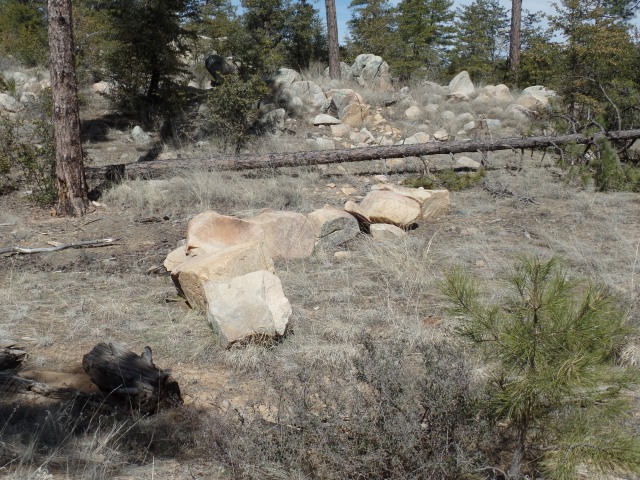 I took a brief rest at this spot, writing in my hiking journal, as to the ambiance of the place. I had the trail to myself, much of the time, with the preponderance of other users being bicyclists, whose presence is most always fleeting.  I step to the side for them, as downhill and flatland find cyclists going at a fast clip and uphill involves their huffing and puffing.

Here, I see another giant watchman, in the center of this scene.

This clump of boulders is another fine spot for sitting and meditating.

“Little Italy” is a side trail, which I will investigate on another hike.

This abandoned corral was part of a small ranch in the area, prior to the National Forest being established.  The rancher moved away, before the Forest took over.

All that is left of his home is this chimney.  It seems to have been used as an outdoor oven. 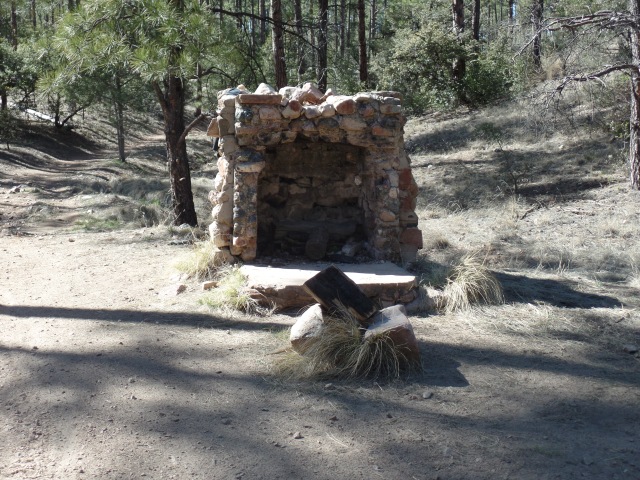 The reason for his choice of home is simple:  Here is the South Fork of Willow Creek. 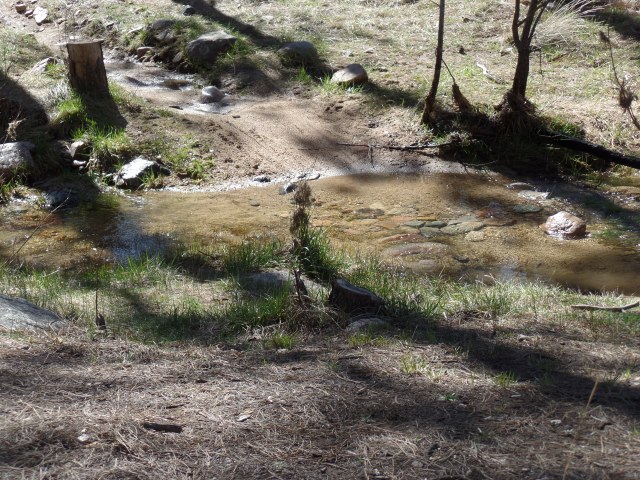 From the creek, the path becomes Firewater Trail.  A brief climb takes us past this stern eagle-like formation. 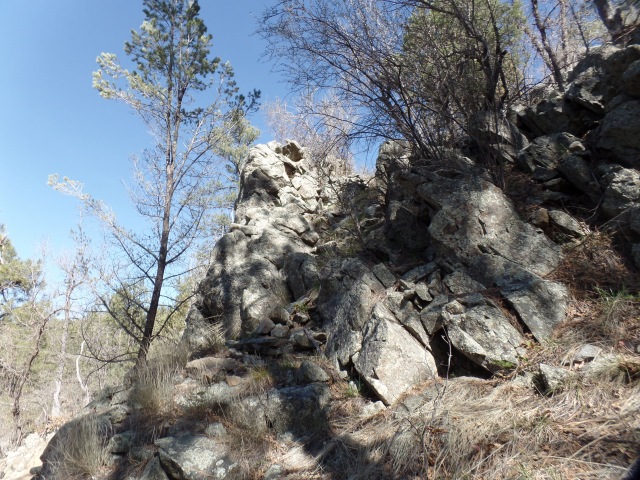 Back on the flat trail, a dead alligator juniper resembles a welcoming totem pole. 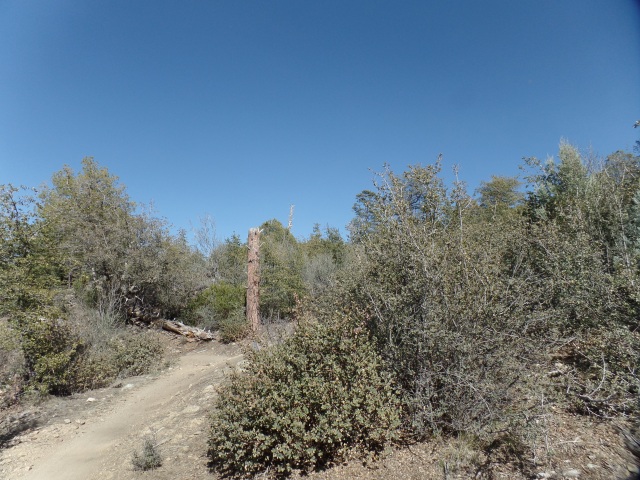 At the junction of Firewater Trail and the homestretch of West Trail, a clever OTHG member placed this trail marker. 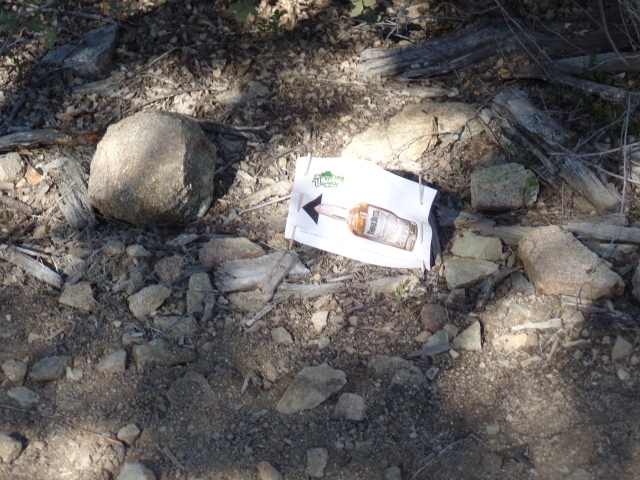 Surrounding peaks make their presence known, along the West Trail.  To the southeast, is Thumb Butte.

To the north is majestic Granite Mountain.

Working around a family who had come to this panoramic viewpoint for photos, I got this shot of the San Francisco Peaks. 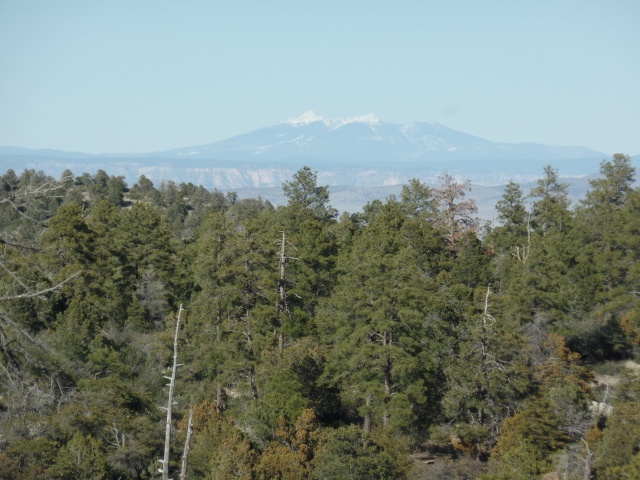 After taking a photo of the three family members together, I headed down the last half mile.  Just before the parking lot, I came upon this little “critter”. 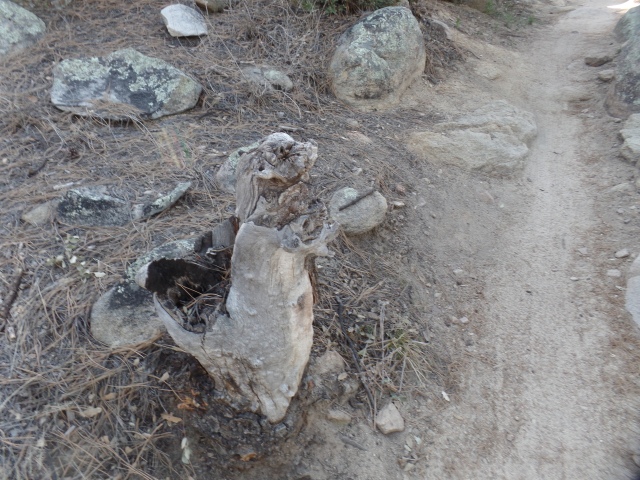 My left knee and cardiopulmonary system thank me for this afternoon- and I extend that thanks to the Over-The-Hill-Gang and the U.S. Forest Service.  It’s good to feel like old times.

2 thoughts on “One Good Loop Deserves Another”

A practical guide to budgeting.