Many people, when comparing Arizona’s myriad of canyons, prefer smaller ones. Canyon de Chelly (pronounced SHAY), high on the eastern edge of the Colorado Plateau, has its thousands of afficionados.  It was one of the alternatives to the Grand Canyon, for Dineh people seeking to hide from Kit Carson’s forces, during the run-up to the Long Walk. 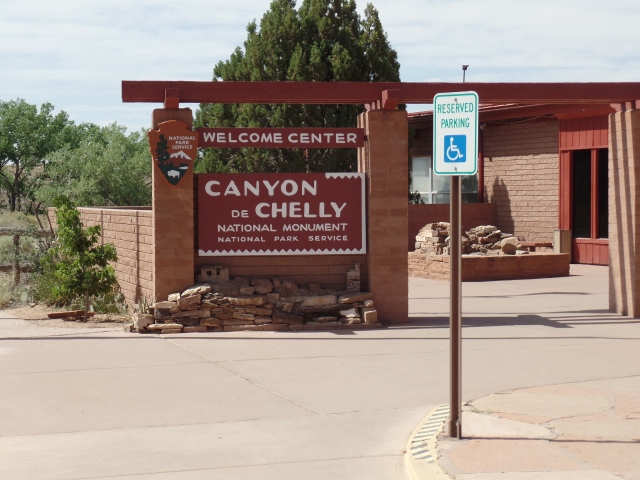 Today, the place is, reasonably, packed with visitors of all ages- taking jeep tours, riding horseback, walking with authorized Dineh guides, or on their own (along White House Trail, which will be the subject of the next post).  Some are happy with viewing the magnificence from rim overlooks.  Still others are okay with just camping, at the NPS-run Cottonwood, or at the privately-owned Spider Rock Campground. Then, there is the chill-out crowd, hanging out at Thunderbird Lodge.

My focus was two-fold: Take in the South Rim overlooks, camp at Cottonwood, then hike White House Trail and end with the North Rim viewpoints.  That worked well, and so-here are views from each of the overlooks, beginning with Tunnel Canyon and ending with Mummy Cave. 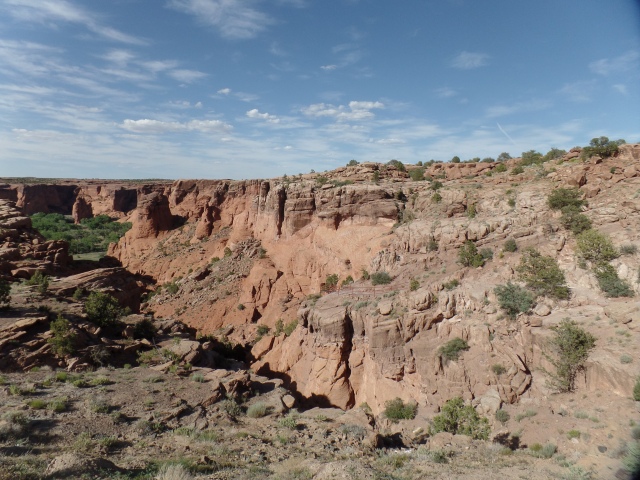 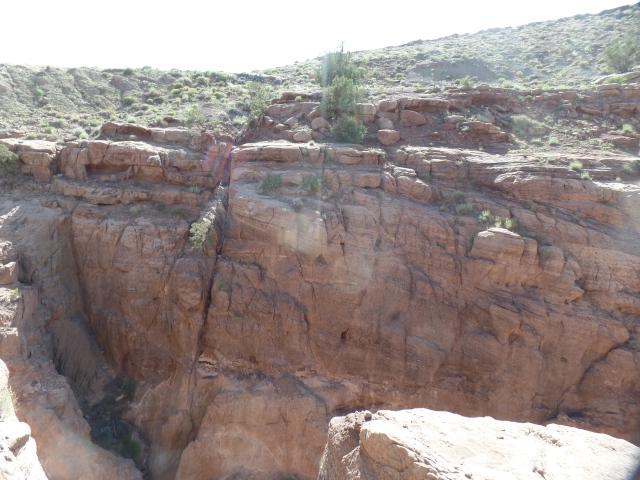 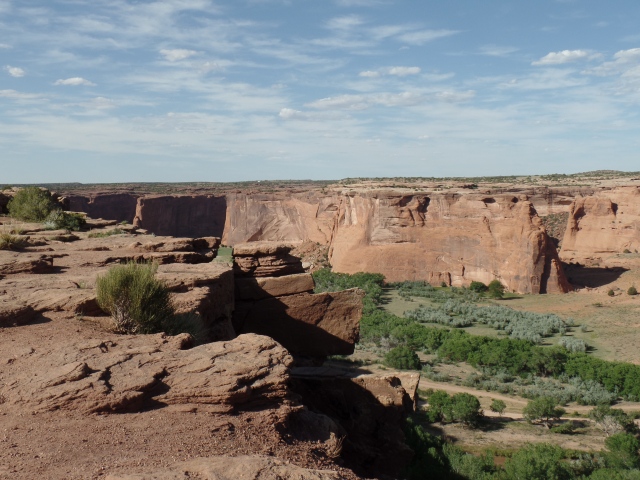 The overlook, and other highlights, of White House Trail, will be featured in the next post. 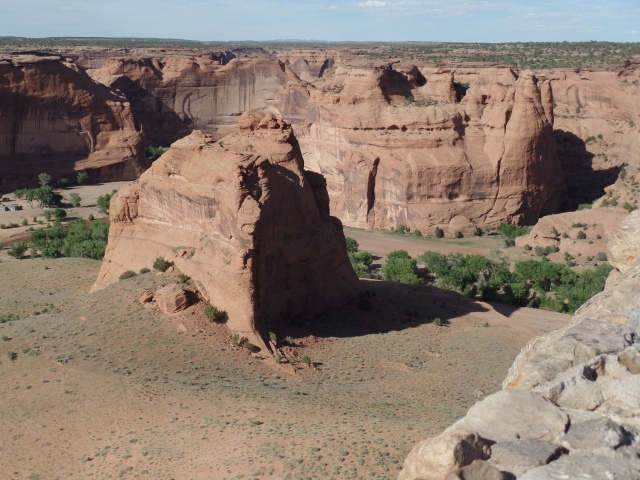 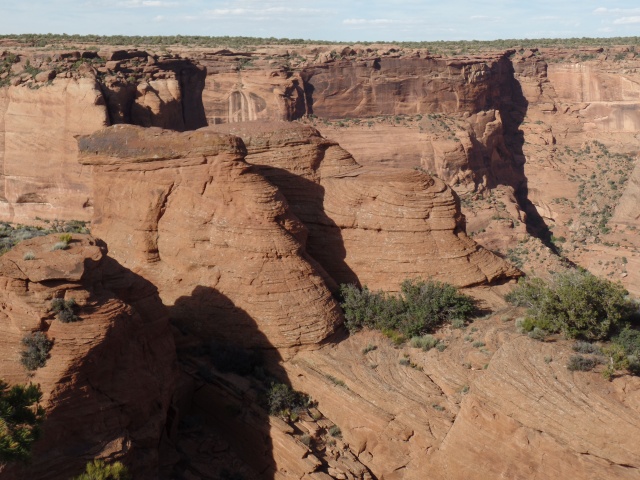 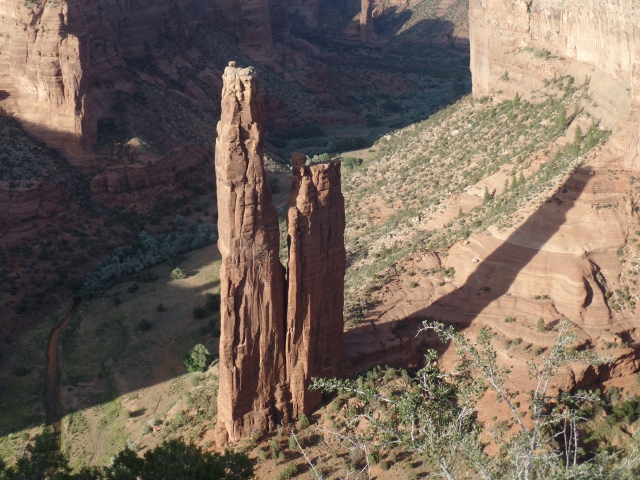 Now, from the North Rim, here’s a view from Antelope House Overlook: (This ruin may only be viewed up close, if one is accompanied by a registered Navajo guide.) 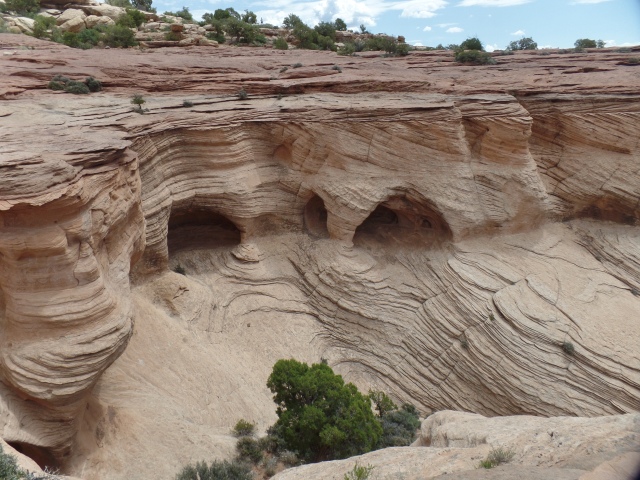 Massacre Cave Overlook:  (The cave itself was the scene of a wanton slaughter of Dineh women and children, by Spanish soldiers, in 1805.) 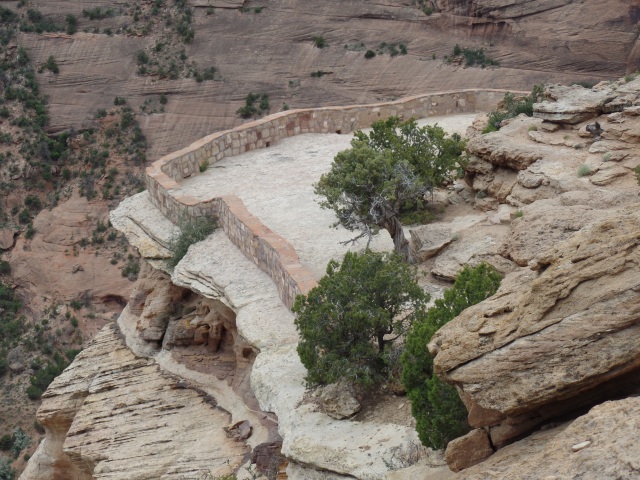 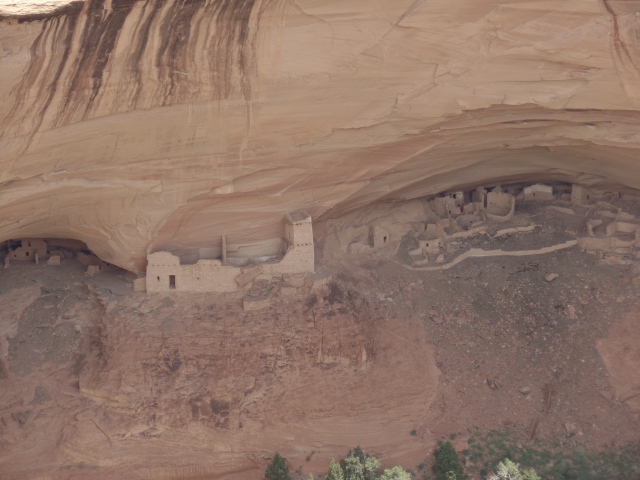 So, as you can see, there is a wide variety of learning activities at Canyon de Chelly National Monument.  An old favourite hike, White House Ruins Trail, is among them and is the subject of the next post.

13 thoughts on “Canyon de Chelly: The View From the Top”