The one thing about this trip that went begging was time in the Maryland portion of the peninsula.  That will bring me back, at some future point.  This afternoon, though, I chose to satisfy my curiosity about Dover.  It is inland, and so not directly part of Delaware’s thriving beach tourism-though it strikes me that a room here would be a fine base from which to visit Rehoboth, Lewes and Bethany.

Dover’s lure is history.  It was the first place in the Original 13 to see the ratification of the U.S. Constitution.  It is a clean, though not sanitized, place, with an orderly street grid and more civilized drivers than those further north in the state. (One would go into full road rage when I made a right turn ahead of him, instead of going straight, as HE thought I should, but that’s a tale for another day.)

That said, I will let the photos tell Dover’s story. 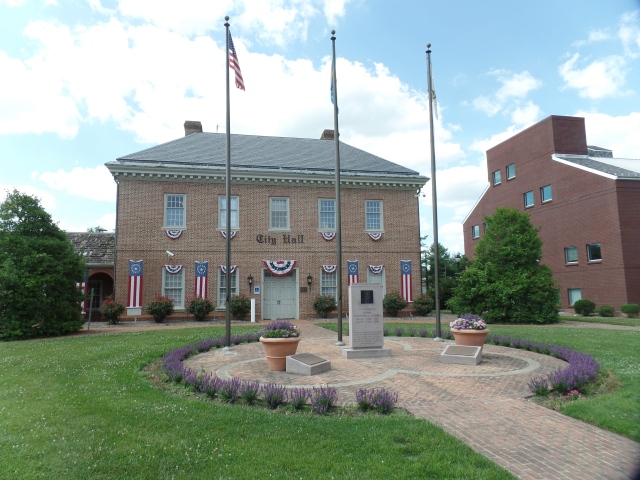 One view of the Legislative Building.

Any state that prominently honours its women has my heart. 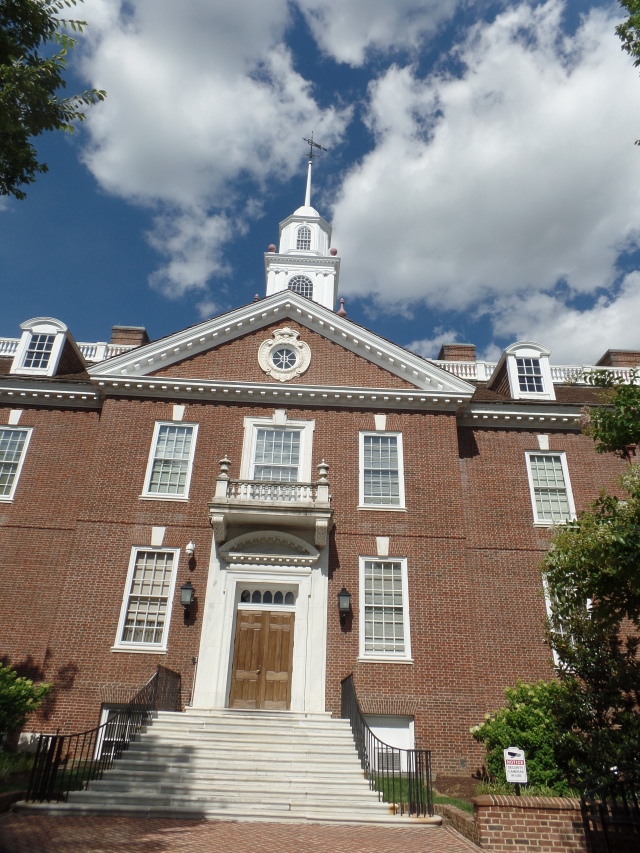 Another fine feature of Delaware-It supports its First Responders.

Here is one of Dover’s oldest homes, the John Bell House, circa 1743.  John Bell did not live there.  The structure was actually a workshop.  This serves now as the starting point for  a walking tour of Dover Green.

One more view of the State Capitol, in its entirety.

Lastly, here is a view of the place where the U.S. Constitution was first ratified: The Golden Fleece Tavern.

On the way back to my car, I chatted up a local resident who told of recently helping a young boy who’d been struck by a hit and run driver. who got off in court. Even in civilized Dover, there are miscreants at all levels.  Life plods on.

NEXT:  The Two Sides of Newburgh