One of the things I often find myself doing, when going back and forth across the continent, is spending at least  a few hours in a town or city that is struggling with a variety of social ills, yet still manages to keep a semblance of what made it tick.  Newburgh, in the middle Hudson Valley, is one such place.

I spent last night, and this morning, in Oley, PA, at the home of friends who operate Glick’s Greenhouse.   It’s always a pleasure to stop there, with a house full of people and one sometimes grouchy greenhouse dog. When I was about to leave, after breakfast and lunch served up by a budding eight-year-old chef, the proprietor of the Greenhouse showed me some of his nephew’s latest blossoms. 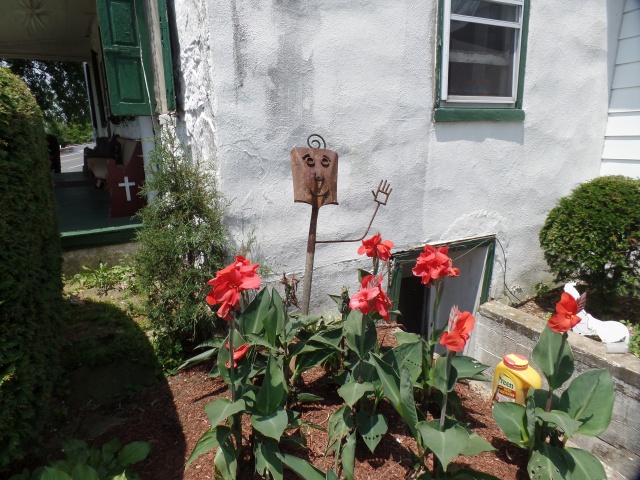 The evening brought me to the Hudson Valley, and Newburgh.  I made the choice to focus on the Inner City, thus spending the night at Imperial Motel, which has seen better days, though still home to some of the most regal people on Earth.  A wander about the downtown area showed both early 20th and contemporary 21st Century architecture.

The City Courthouse is a busy place.  Newburgh is said to be the murder capital of New York State, so it isn’t a place for the distracted or the unwary.

There are plenty of safe havens, though.  These two churches signify the legacy, and the promise, that exists in places like Newburgh, and its upriver cousin, Poughkeepsie (more on it, in the next post). 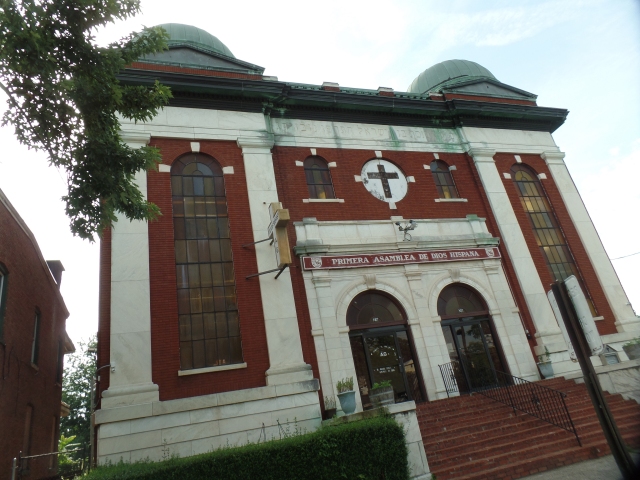 I spent a little time, here and there, along Newburgh’s Riverfront, with plenty of locals celebrating the majesty of the Hudson-and a few signs of decay in spots.

Here is a view of a crossing, from south of Newburgh.

Nonetheless, there is an enduring charm about the great river and its banks. 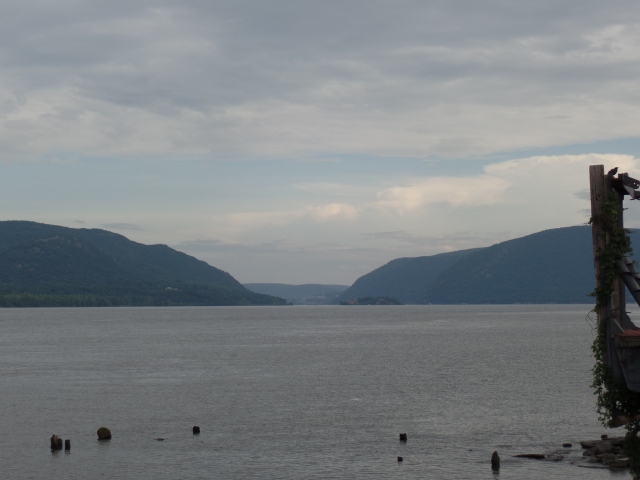 From this area of Newburgh’s waterfront, several ferries take people across the Hudson, to Beacon.

I took a walk, from Imperial to a small “spa”, which is another term in the Northeast for a convenience store.  The dour South Asian proprietor took no crap from any of the young men who cam in and out, basically trying one scam or another.  I got my coffee, treated everyone politely, while walking with confidence and had no trouble.  Then again, it was broad daylight.  Most trouble here seems to come from domestic disputes, and in a city where too many men have lost hope, that violence comes all too easily.

Up on the bluffs heading out of town, there is a far different ambiance.  This Korean-American establishment offers one mindset that is the basis for solving many social ills:  “We are one family.”

NEXT:  Poughkeepsie, without Popeye Doyle

4 thoughts on “The Two Faces of Newburgh”

Sharing encouragement for others, you are not alone here.

Sunny Daze Ahead (Probably)
Virtual Assistant 24/7
www.swervedesigns.co.za/
The Only Football