Leaving the pleasant Utah border town of Kanab, after a good night’s rest and getting myself a neck pillow (replacing the one left behind in Pennsylvania, last summer), it seemed like a good time to stop a few places in the basin of Glen Canyon.  The area is now best known for the resorts and water-based recreation of Lake Powell.

Just shy of the Arizona state line, lies the former polygamist community of Big Water, UT.  It is now an industrial zone and a research center for the Bureau of Land Management.  The BLM has an interesting Visitor’s Center there, with much research on the fossil remains found in the cliffs shown below.

Ceratopsians, and their close relatives, are a major focus of the paleontology that has been done here. There is a well-illustrated display, which explains quite clearly the various members of this group of dinosaurs.  As is commonly known, what is now the Great Basin was once a large inland sea, separating  large peninsulas of present-day North America.  Ceratopsians, Mosasaurs and Icthyosaurs, along with giant crocodiles and sea turtles, were abundant here. 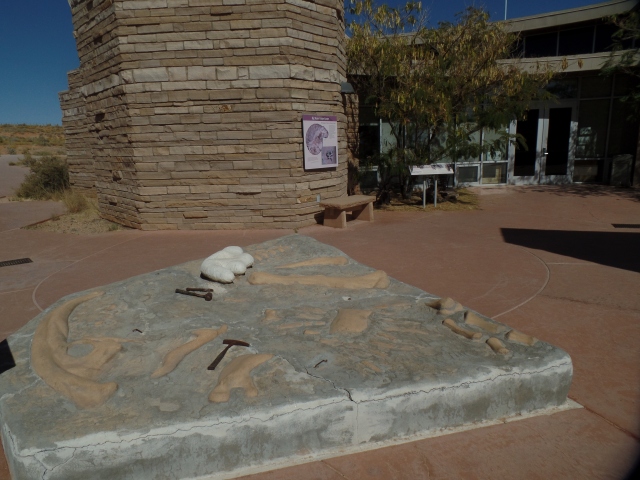 Note that there are three types of Ceratopsians, distinguished by the length and breadth of their snouts, as well as the complexity of their cranial armor. 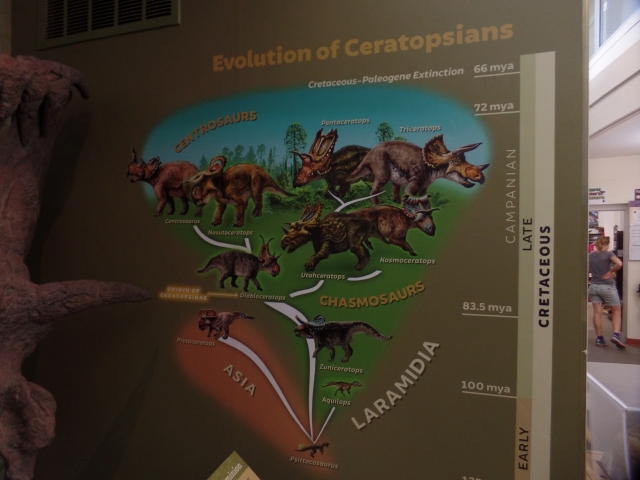 After examining the details of the paleontology being done at Big Water, I headed a few short miles to Wahweap, a resort area long Lake Powell’s western shore.  The lake views are refreshing, but strangely, Wahweap’s restaurant is closed for the season. 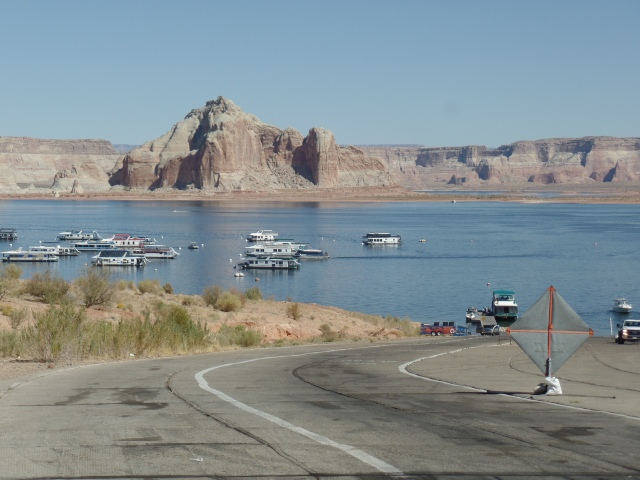 A good zoom view of Navajo Mountain, some thirty miles northeast, is available from Wahweap. 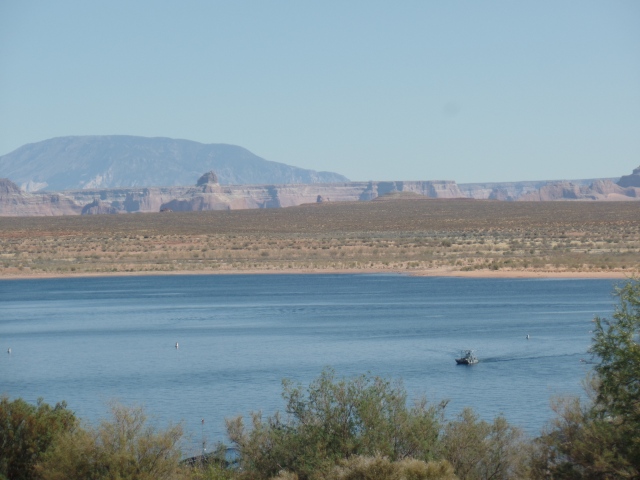 Feeling somewhat famished, I stopped in Page, the town which grew as a result of the building of Glen Canyon Dam, and enjoyed a hearty meal of barbecued pulled chicken, with potato salad, at this fine and popular restaurant.

Rarely does the Lone Ranger share space with a Hopi kachina, but that is what one might expect in Page, a welcoming resort town that makes the most of Lake Powell.  Page, Wahweap and about six other marinas reap the benefit of Glen Canyon Dam’s having “tamed” the Colorado River.  There are plenty of people who depend on the Dam and Lake Powell, for their livelihoods.  There are many others who think, as did the late Edward Abbey, that Glen Canyon was perfectly fine, both ecologically and economically, without any tampering.  I think that, had there not been a dam, Page might have become like Moab or Durango, and grown as a haven for the many who enjoy the still formidable canyon.

Growthpaths: Journeying Together
ROAD TO NARA