Several years ago, Penny and I took a guided jeep tour of Monument Valley, another of the Southwest’s signature geological wonders.  We encountered rock formations which resembled all manner of creatures, both past and present. There are, of course, myths and legends which explain these formations, though geology does quite well to keep things in the realm of reality.

My drive along U.S. 163, in northeast Arizona and southeast Utah, offered a glimpse of the formations which are visible from the road and some of which allowed for a better view, from overlooks.

The Mittens and Agathla Peak are the southernmost, and among the most famous, of the “monuments”, which are mostly sky islands that remain from the Oligocene Period, nearly 25 million years ago. 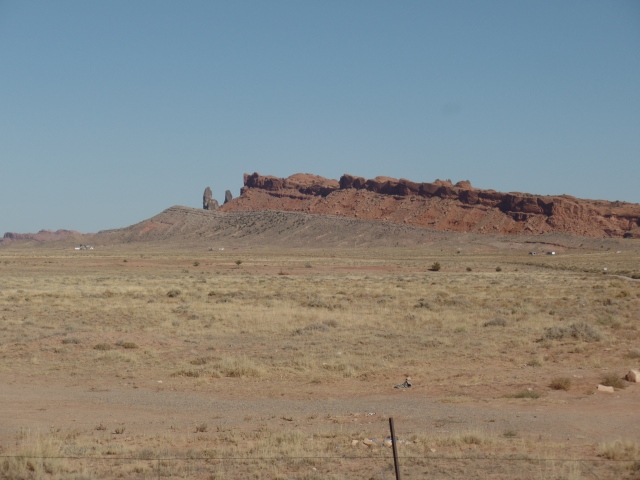 This pinnacle resembles an otherworldly sentinel.

Agathla is 7055 feet in elevation.  It is what’s left of  an ancient volcano. 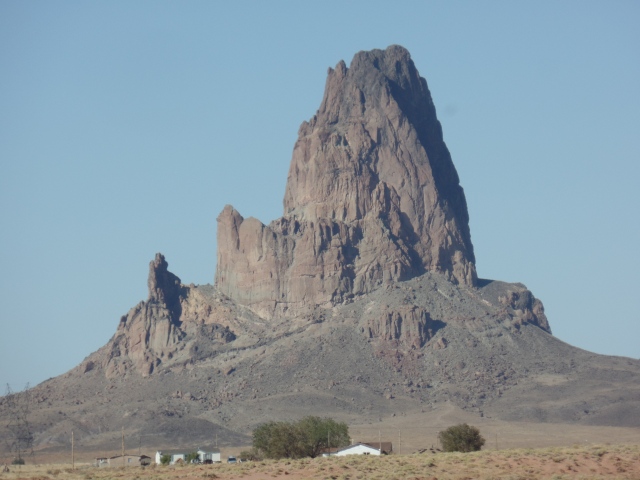 This butte is also part of the same dormant volcanic outcropping.

Second from right, the column looks like two spouses, engaged in a conversation.  The column to the far left resembles two onlookers.

No matter how captivating and iconic the red columns and benches look, one must always remember that this is a working environment.  Ranching is a huge enterprise for Dineh people, struggling to thrive in an extremely arid environment, with poor soil.

As the valley rises, and gets closer to the San Juan River, the promontories become more spread out, but no less majestic. 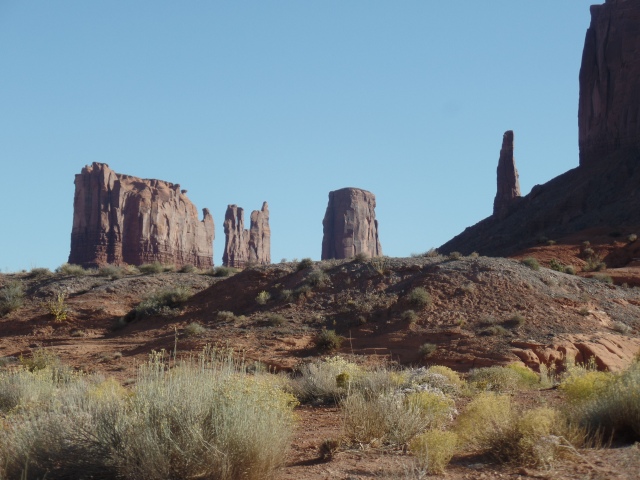 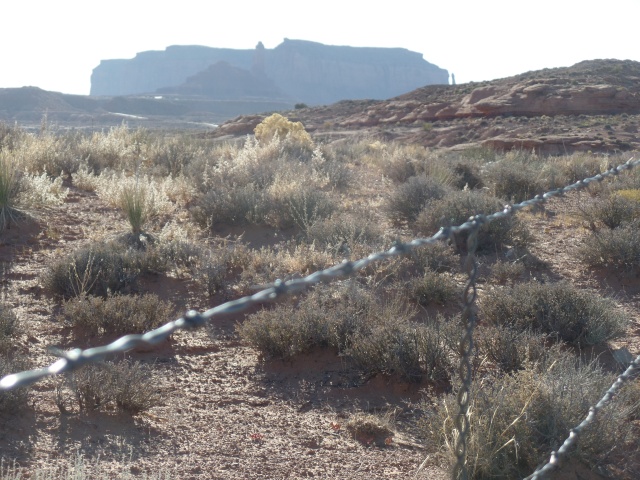 Monument Valley, even fenced off, has a decluttering effect on one’s psyche.

6 thoughts on “The Grandeur of Monuments in Red”