There have been several goals that I have kept on embers, for several years now.  Camping out, above the Goosenecks of the San Juan River, is one of these.  The otherworldly ambiance of this unique landscape has captivated me, every time we passed by there, en route to visit the Dineh of southeast Utah.

Once out of Monument Valley, one comes upon Mexican Hat, a small, mainly Dineh town that offers astonishing cliffs, a small, expensive motel and a fairly economical cafe.  I enjoyed dinner there, then pursued my camping option. 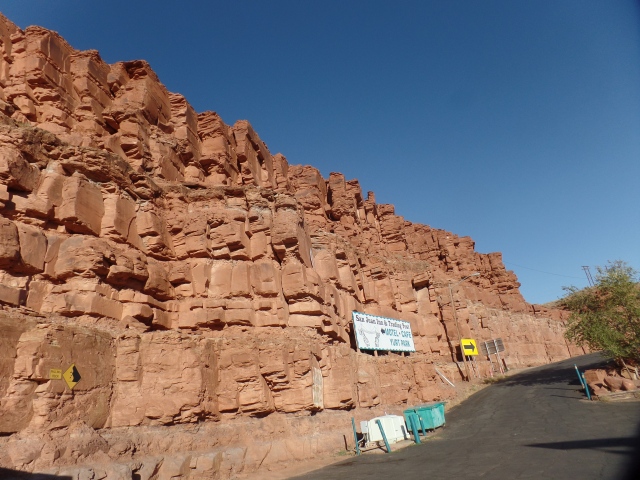 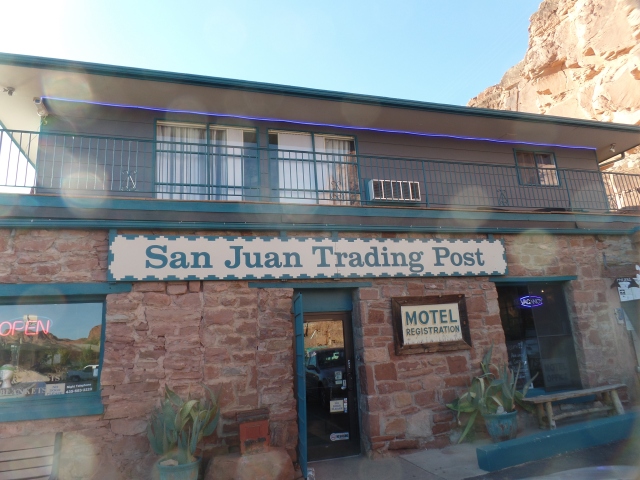 Small outcroppings of Monument Valley appear to the southeast of Mexican Hat.

Three miles due east of the town, I turned left, drove three miles north and came upon the Goosenecks. 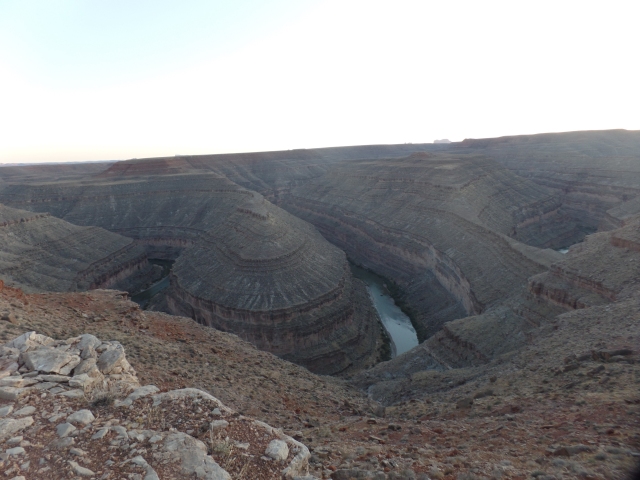 As the soil at the campground is powdery, for at least a foot down, I opted to sleep under the stars.  It was a bit chilly, towards morning, but the brilliance of the stars and the sheer stillness of the place made it more than worthwhile.  I felt there were two rivers, one below and the other above. 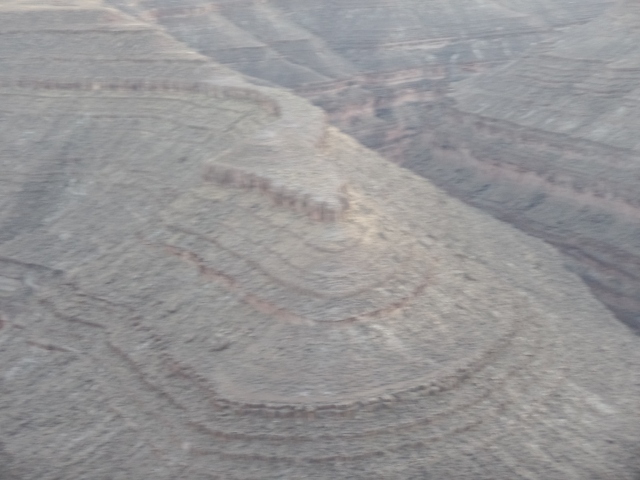 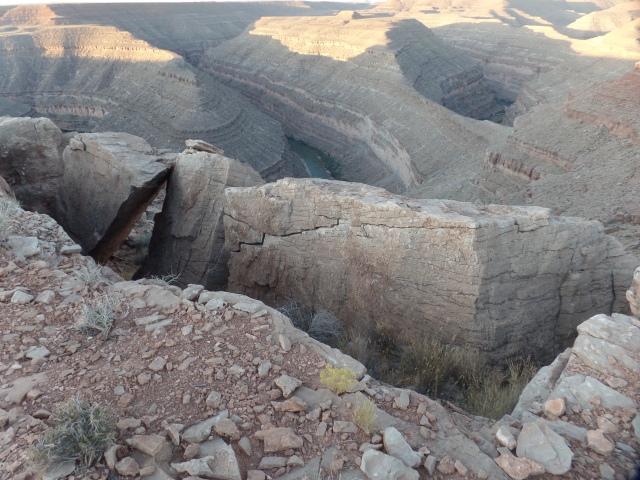 The easternmost promontory of Monument Valley is visible to the south.

Once morning arrived, I greeted a few of the other campers, ate some stale leftover cinnamon buns and called it breakfast, changed clothes in the port-o-potty and headed uphill, to the Valley of the Gods.  This small, unorganized park is accessible by gravel road, just before engaging the 3-mile series of narrow switchbacks which leads to Natural Bridges National Monument.  I opted to take several photos from the side of the road. 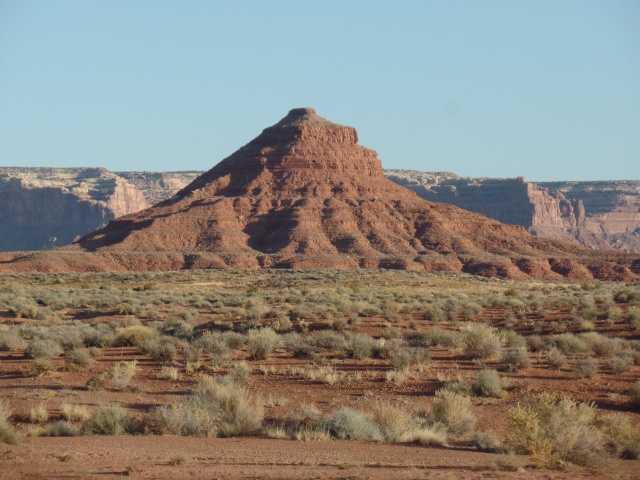 The last two photos were taken from turnouts, along the switchbacks.

This view of the area was made even more otherworldly by the early morning cloud cover. 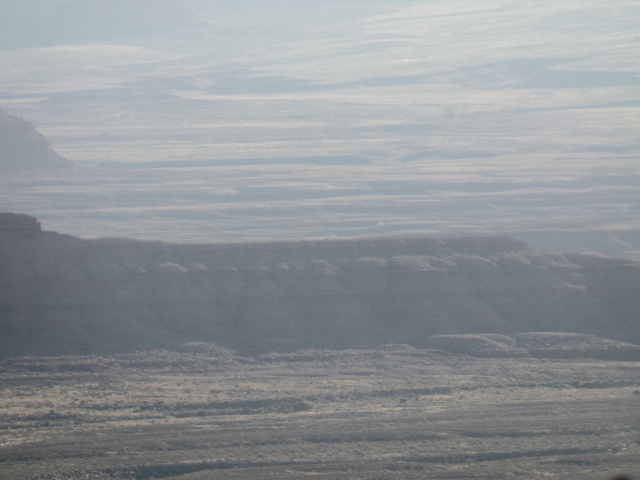 In about twenty minutes, I had scaled the switchbacks in my Elantra and was en route to Natural Bridges.  I look forward to returning to this area again, in the near future.

8 thoughts on “The Goosenecks and Valley of the Gods”