Perhaps in a moment of selfishness, I chose to head to North Carolina’s Triad region, specifically to the Capitol, rather than to the west central area, north of Charlotte.  This, though, is what my spirit guides were telling me was in order.

I found Raleigh in a quiet and pensive collective mood, whilst walking about the Capitol District on this morning, when many were engaged in acts of worship.  I pretty much had the area to myself.

The great museums would not open until noon, by which time I was getting my laundry done, in south Raleigh’s International Market, a haven for the area’s Hispanic community.

Part of the Tar Heel story is told on the Museum of History’s grounds.  The frame of a Catawba home is here, surrounded by the lushness of the Piedmont. 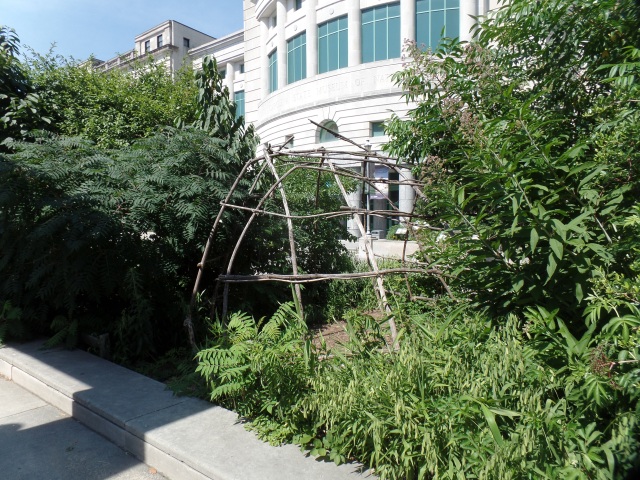 North Carolina Museum of Natural Sciences takes up the right flank of the Museum Quarter. 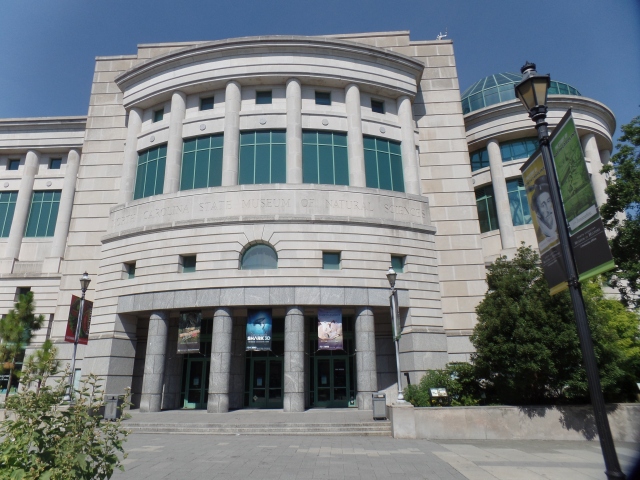 The North Carolina Museum of History occupies the left hand side. 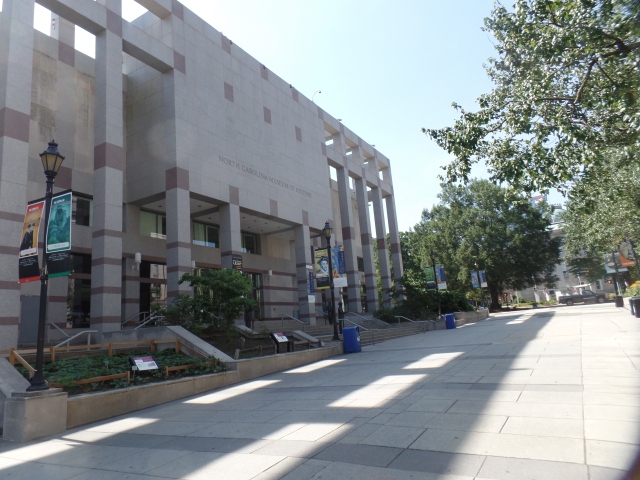 Three figures greet the visitor to the Museum of History: A woman of Sauratown, Thomas Day and Frederick Augustus Olds.  Sauratown is an isolated mountain region, northwest of Winston-Salem.  The independence of area residents is commemorated by this statue of an unidentified woman.  Thomas Day is celebrated as an example of how much a free Black man could achieve.  He was a skilled cabinetmaker, of the Antebellum period. Frederick Augustus Olds, a journalist, was a relentless advocate of telling North Carolina’s story, especally of “human history” and of the advancement of both Boy and Girl Scouts.

Here is the Promenade, in its fullness.

North Carolina is the birthplace of three U.S. Presidents:  Andrew Jackson, James Knox Polk and Andrew Johnson.  They may not be the favourites of many people, but each pursued and achieved his goals.  The State Capitol looms in the background. 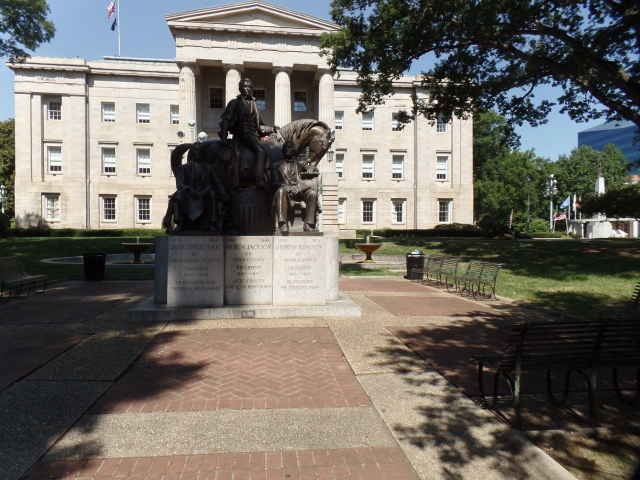 Here are more complete views of the State Capitol.

This statue depicts a naval cadet, of the late Nineteenth Century.  A woman passing by with her young daughter remarked to the child that it must have been most uncomfortable to have to wear such garb, in the heat of a Carolina summer. 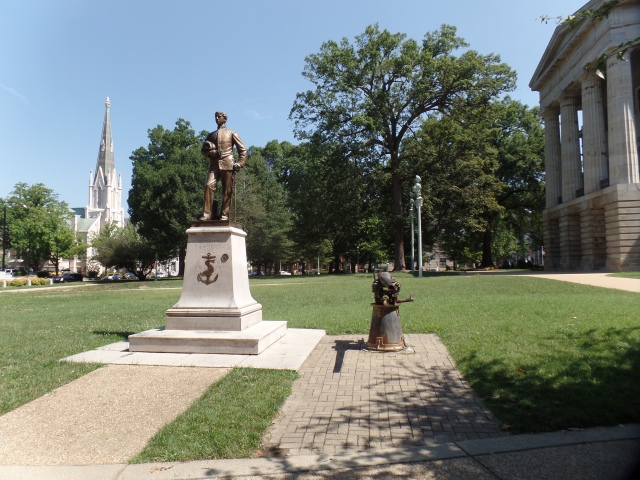 This bell tower, of First Presbyterian church, is framed by the Memorial Garden of the Harden family.

At the opposite end of the Promenade, near the Natural Sciences Museum, is this statue depicting the naturalist Rachel Carson, listening to a story being told by a young boy.  She was passionate about educating the young, as to the dangers posed by excessive chemical use, in the mid-Twentieth Century.

My time with the Hispanic people showed that the Tar Heel tradition continues to promote the achievements of the individual, over a mass ideological swell.  May that ethic long continue.

Color Outside The Lines