The West Valley of Metro Phoenix is, for the most part flat farm country, mixed with suburban housing tracts, It has some man-made gems, like downtown Glendale, the stadium districts of Glendale, Peoria and Surprise and the Arrowhead shopping complex. Its natural wonder, though, is White Tanks Regional Park, the crown jewel of which, in turn, is Ford Canyon.

To get to the Ford, I took portions of three other trails: The flat, lush Waddell, the challenging, but heavily-traveled Mesquite Canyon, the serene and comforting Willow Canyon. The Waddell is a good intro trail for those unfamiliar with the Sonoran Desert. It also has some petroglyphs. 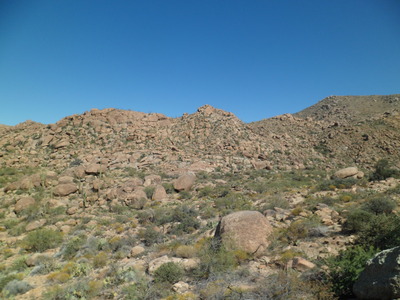 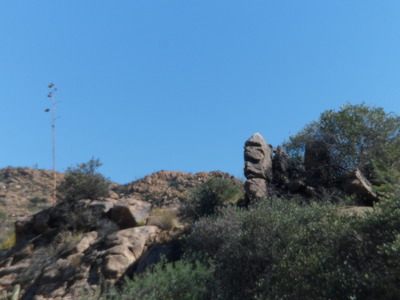 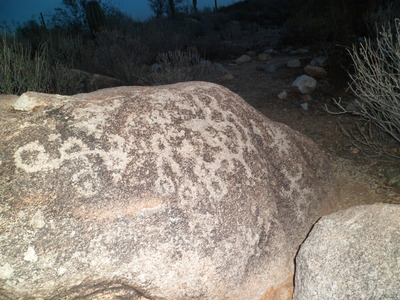 The Mesquite Canyon Trail was part of my first visit to the White Tanks, last winter.  It’s where one gets the groove on, and sheds unwanted girth, either by bicycle or, as I am wont to do, on foot. 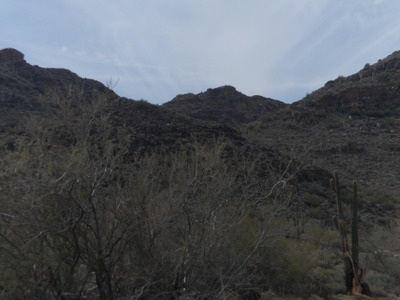 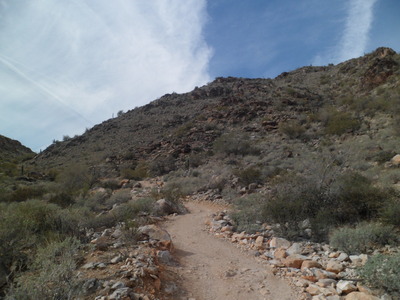 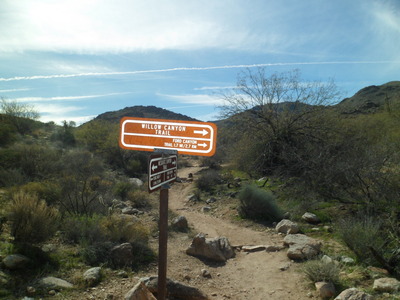 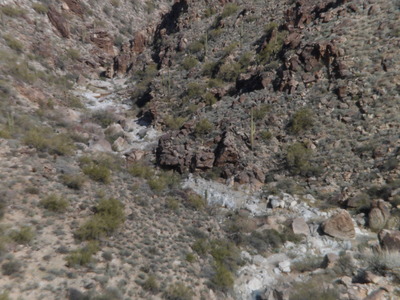 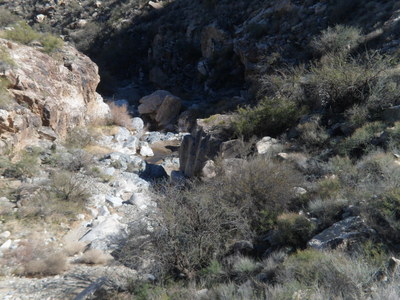 It also gives hints of the white granite which, in times of flowing water, helps make Ford Canyon so ferocious and in dry times, so majestic.

The signal that Ford Canyon would be a challenge came early along the eastern section of the trail. 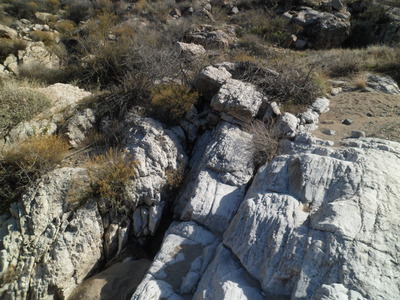 Fortunately, the ups and downs of the Ford Canyon Trail do not, for the most part, entail boulder hopping.  The exception is at the now-abandoned WPA dam and around its subsequent pools. 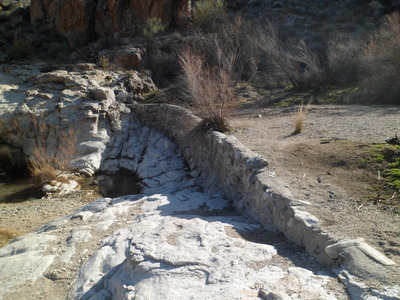 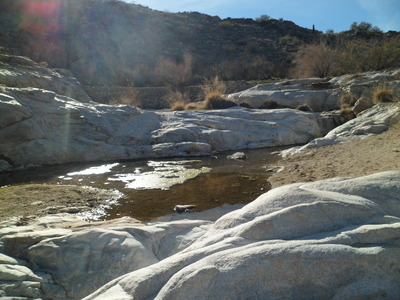 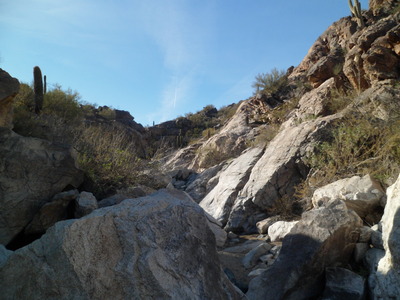 After traversing this lovely area, I had a thought: “I love you, Ford Canyon.” Whereupon, I came across a small rock, in the middle of the creek bed. 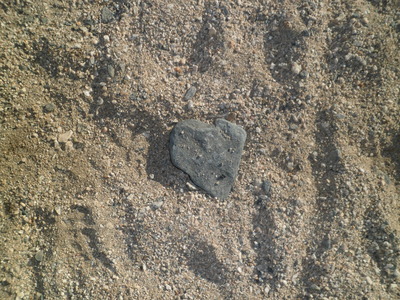 The tangible element of this feeling would appear ten minutes later, in the persons of Robin and Johnny, a devoted couple whose story mirrors that of Penny and me.  Robin is coming back from her disability, with an intensity that befits a person hiking the likes of Ford Canyon. 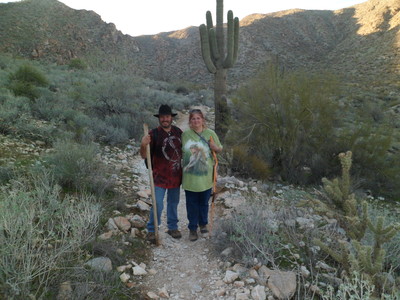 So, I knew what my love wanted of me and stayed with this indomitable pair for the rest of the hike. They are a prime example of what really makes my sojourns worth every minute

2 thoughts on “The White Tanks of the West Valley”